Can Smartphone Apps Detect Skin Cancer? Yes, But Not the Way You Think… – Cancer Defeated

Can Smartphone Apps Detect Skin Cancer? Yes, But Not the Way You Think… 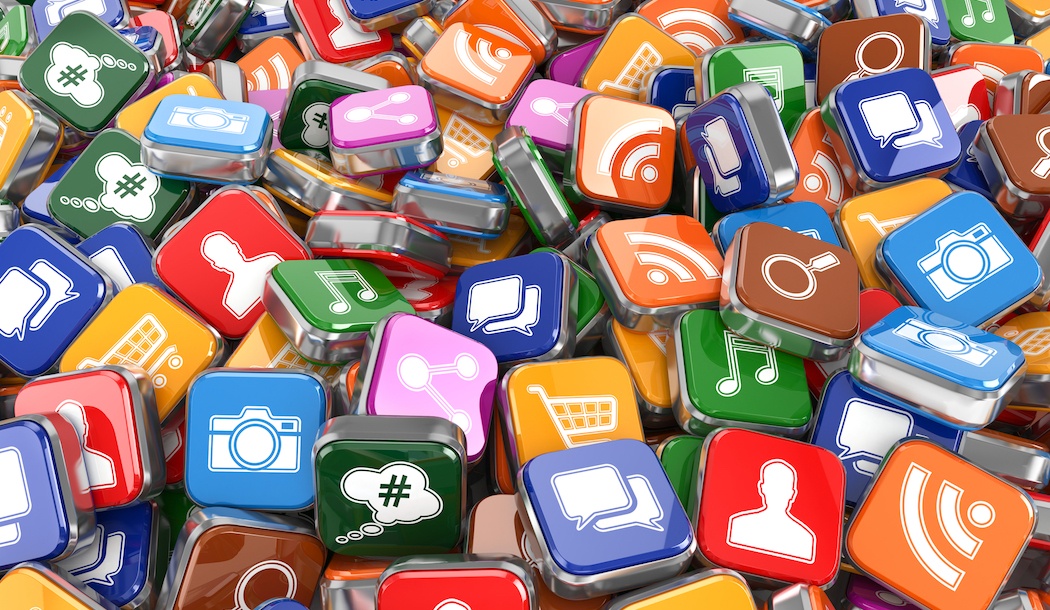 Now you can now choose among several smartphone apps that help to diagnose skin cancer early. It sounds like the kind of wonderful high tech medical solution that makes news, but you should take this one with a grain of salt… in certain situations, anyway.

I’ve dug deep into the world of apps and online tools to see what skin cancer apps are worth checking out, versus what might be a sad (or dangerous) high tech misfire. . .

In the last several years, we’ve seen an uptick in the number of apps claiming they diagnose skin cancer. While this is suspect right away, they made sense at first. Most of these apps involve uploading pictures of a mole or rash with the promise of getting a quick analysis of whether it’s something you need to treat.

Unfortunately, these apps are notorious for being inaccurate. In 2016, researchers at the University of California San Francisco launched a study in which they pretended to be patients and sent photos to 16 different dermatology services available as mobile device apps or through websites.

In one case, the online service diagnosed a photo of lesions caused by syphilis as psoriasis. In another instance, a photo with symptoms of a bacterial infection was diagnosed as acne.

In addition, many of the apps and sites contracted with doctors who weren’t licensed to practice in the United States. That’s not necessarily the end of the world, but it does raise a question: Who’s on the other end making the diagnosis and what are his/her qualifications?

The unfortunate shortage of dermatologists

Yet there’s a bigger problem in the dermatology biz, and it’s fueling these quick-fix skin cancer apps. There’s a severe shortage of dermatologists, at least in the U.S., and in many places it’s hard to get an appointment with one. The crisis is largely due to the massive roadblocks put into place by insurance companies and efforts to control medical costs.

Right now, melanoma is the third leading cause of cancer for women age 25 to 39 in the U.S. Cancer is not too common in this young demographic. The fastest-growing types of melanoma can turn deadly i.e. metastatic in mere weeks. Yet getting in to a dermatologist’s office often takes months of waiting for the next opening.

And with melanoma, your best hope is to catch it early, get treated right away, and stop the spread of the cancer.

According to the American Academy of Dermatology (AAD), the U.S. has somewhere around 10,850 dermatologists, but we need about 22,000 if we’re going to treat everyone with skin threats in an appropriate amount of time.

A study from the journal JAMA Dermatology found that three quarters of the U.S. has fewer than four dermatologists for every 100,000 people. And one out of every five areas in the country has no dermatologists at all, particularly rural locations and small to medium towns.

To be fair, a small town is not going to support many specialists of any kind, and you have to expect to go to a larger city to find one.

It looks like people in rural areas may be failing to do that. Tragically, the areas with fewer dermatologists have more deaths from melanoma. And even where dermatologists have practices, the average wait time for an appointment – in a midsize city – is five weeks.

Wait times in several cities are even higher than that – as much as 78 days in Philadelphia, and a whopping 91 days in Cedar Rapids, Iowa.

A U.K. study found a 20 percent higher chance that someone with melanoma will survive five years after diagnosis if the melanoma is caught and treated within 14 days of being noticed by a patient. The reality is that such a time frame is almost impossible to pull off.

One tech tool that holds a lot of promise is an online risk predictor and comes to us from Australia. They’re on the cutting edge of skin cancer research down under – which makes sense, given the country has one of the highest rates of melanoma in the world. Melanoma is the third most common type of cancer in Australia.

This risk predictor was created by researchers at Australia’s QIMR Berghofer Medical Research Institute. It was developed using data from over 42,000 people, age 40 to 70, who were part of the largest study on skin cancer to date.

The results produced by the risk predictor are based on your age, sex, ability to tan, number of moles at age 21, use of sunscreen, number of skin lesions treated, and hair color. It’s goal is to identify people at greatest risk of melanoma so they can work with their doctors to determine a risk treatment plan.

Effectiveness measures of the QIMR melanoma prediction tool have been published in the Journal of the National Cancer Institute, as the prediction tool has been found to be quite accurate at predicting a person’s risk. Still, the researchers are quick to caution that it’s no substitute for a skin check from a qualified doctor.

Tech-based dermatology consults: The way of the future?

There are a few lights on the horizon, though. One includes primary care doctors who are getting dermatology training. It doesn’t mean they can do the job of a dermatologist, but they’re at least better equipped to recognize high-risk, cancerous situations.

There is an art to identifying which skin lesions are dangerous and which aren’t. Up to this point, general practitioners don’t have this special training or the years of on-the-job experience a dermatologist has. We can’t expect them to achieve that level of mastery but at least they can learn to get better at it, and hopefully that is starting to happen.

Another promising change is the rise of “teledermatology.” Officially, it’s called “live interactive teledermatology.” It involves you, the patient, going to a local hospital or community center to have photos taken by the staff of your affected skin or any mole in question. Those photos are then sent via secure tablet app to an off-site dermatologist, who follows up – usually just minutes later – via video-conference with the patient.

That’s a step in the right direction, but not very helpful if you need a procedure. You’ll still have to wait for an appointment for that. Plus, not all telederm skin doctors are board-certified by the AAD. But it’s at least a way to get skin care to some of the people who most need it.

What you say matters when you call for an appointment

The dermatologist shortage in the U.S. is a sickening mess of red tape and big money. Teaching hospitals haven’t measurably increased their dermatology student slots in decades; dermatologists simply don’t rack up enough bills for hospitals (they don’t order pricey things like CT scans, for instance).

But dermatologists do rack up huge bills for insurance networks – even more than general practitioners. So insurance companies commonly block access to dermatological skin care.

Add to the problem the fact that many skin conditions that used to be terminal are now treatable and the population as a whole is living longer, but with a growing number of skin conditions. These increase with age, as do many other medical problems.

It’s a tangled mess, and because it takes an average of 12 years to become a dermatologist, we’re not going to see an uptick in doctor access any time soon.

Which brings me back to those skin apps. Although obviously not foolproof, they could at least help you spot red flags that give you fodder for getting in to see a dermatologist sooner. How is that? When you call to get an appointment, what you say matters. Calling to say, “I have an iffy mole” might get you seen 60 days from now.

Calling to say, “I have a mole that’s changing and bleeding and a remote doctor reviewed it and wants a specialist to see me right away” – well, there’s no guarantee, but it could get you in sooner. I would say it’s highly likely to if the dermatologist has any ethics.

It would help if the profession cleaned up its act

I’m on record as not being a big fan of dermatologists. They overtreat minor skin problems like basal cell carcinomas (not much more serious than a pimple). They falsely tell patients that BCCs are life-threatening, and a large part of their business is snipping out these little red spots.

They also overtreat chronic skin conditions for which they have no good answers, such as psoriasis, dermatitis and acne.

These patients keep coming back for visit after visit to receive treatments that are ineffective, but lucrative for the doctor, because such patients don’t have terrible side effects and sue you. The joke is, “Dermatology is a great profession because the patients never die, and never get well.”

I don’t blame the insurance companies for getting fed up with this racket and refusing to reimburse. If the dermatology profession would focus its efforts on serious problems like melanoma, and conditions it can treat successfully, there wouldn’t be a dermatologist shortage.

Meanwhile, if you missed our last issue, you should read it now just below. There’s an easy way to reduce your risk in half from a certain carcinogen that’s almost everywhere (we’ve all got it in our bodies).