Can Stem Cell Therapy Backfire and Cause Cancer? – Cancer Defeated

Can Stem Cell Therapy Backfire and Cause Cancer? 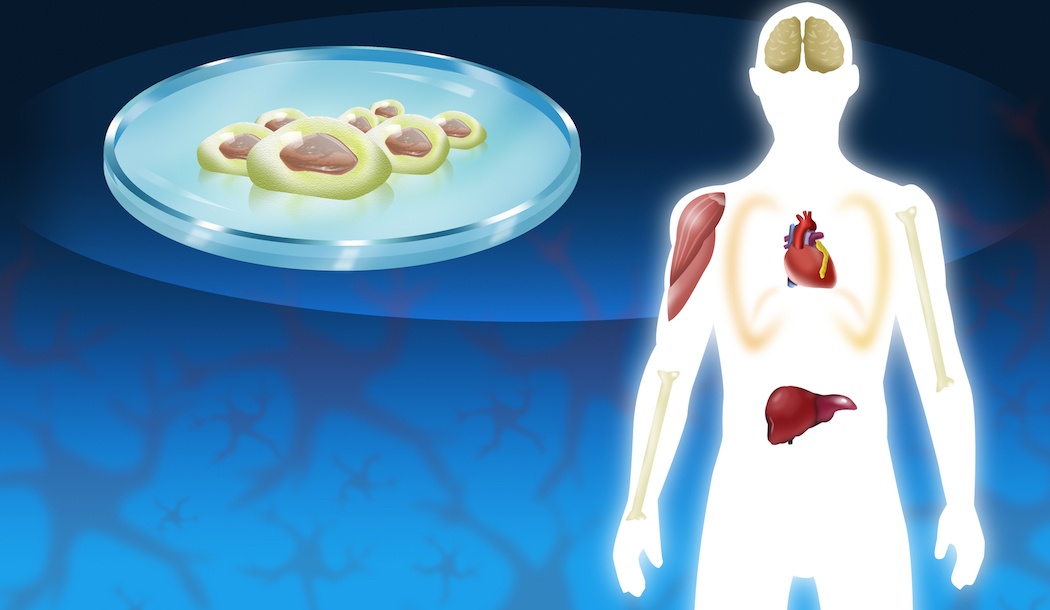 Optimism about what stem cells can do to help repair the human body continues to grow. They truly seem to be a medical miracle with vast potential to heal and restore.

NFL quarterback Peyton Manning underwent stem cell treatment in Switzerland to repair a career-ending injury. He came back to win several Super Bowls – at an age that would have been considered old for a football player a couple of decades ago.

But using and manipulating stem cells is complicated, and serious questions about their safety have also arisen.

It’s now widely accepted that cancer spreads because of cancer stem cells that have the ability to mutate into another type of cancer cell and thereby survive chemotherapy. They used to be called multi-drug-resistant (MDR) cells until it became apparent that they were a type of stem cell. MDR cells are the reason cancer so often comes back after a chemo-treated patient seemed to be in complete remission.

Just to pat myself on the back, this newsletter was the first one I know of to tell the public that MDR cells were almost certainly a type of stem cell, and were the reason chemo is a largely a failed therapy.

Besides surviving chemo, cancer stem cells also circulate in the blood, if they’re released from the original tumor, and attach themselves to other tissues – meaning cancer stem cells are the cause of metastasis. And that’s serious because most cancer patients die of metastatic cancer, not cancer confined to its one, original site.

So stem cells of a certain type do have this association with cancer, and it’s worth examining whether therapeutic stem cells, meant to heal, can increase a patient’s cancer risk. Based on what is known at this time, I don’t believe they do. But read the summary below and decide for yourself. . .

Stem cells to the rescue, sort of

Stem cells can potentially be used to treat a wide range of conditions and diseases. They’re a sort of primordial cell that can transform itself into any other kind of cell in the body – a sort of cellular raw material that can grow into skin cells, brain cells, liver cells and any other cell you can name.

From this raw material are born “daughter” cells that can self-renew into new stem cells or differentiate into a more specialized form. Becoming specialized means the stem cell is no longer an all-purpose cell. It has now become more focused on developing into a muscle cell, blood cell, etc.

This all-around ability to become any type of cell is what makes stem cells unique. No other cells in the body have the innate ability to make this transformation.

Now, one of the big promises of stem cell therapy is that it can be used to fix and regenerate tissues that have become damaged or diseased. This includes helping to treat people with Alzheimer’s disease,1 heart disease, stroke,2 Parkinson’s disease,3 diabetes,4 amyotrophic lateral sclerosis (Lou Gehrig’s disease),5 osteoporosis,6 spinal cord injuries and burns. Researchers also think someday they might be able to use stem cells for transplant purposes.

But there’s a catch.

Studies have now been done that show some of the stem cell lines being used in therapy harbor mutations that have been linked to cancer.

When researchers at Harvard examined and analyzed stem cells now being employed in clinical trials to perfect therapies meant to treat macular degeneration (a leading cause of blindness), Parkinson’s disease and diabetes, they found that among the 140 cell lines in use, five possessed cells harboring genetic mutations linked to cancer.

Now as a cancer journalist and amateur expert of sorts, this raises a red flag for me. There are tens of thousands of genetic mutations linked to cancer, and in fact the whole “damaged DNA” theory of cancer is on trial. It appears to many (me included) that damaged mitochondria, not damaged DNA, are the cause of cancer. The vast number of mutations in cancer cells are actually a sideshow.

But for now, let’s carry on with the Harvard findings. . .

Though the particular cell lines the Harvard researchers identified have, so far, not been reported to have caused any cases of cancer in people being tested or treated with them, the researchers point out, “Two of the lines most widely used in research, called H1 and H9, both have the cancer-causing mutations.”7

One special reason for concern, warn the researchers, is that when stem cells are grown in a lab, the ones with the cancer-linked mutations survive more successfully than normal cells. Plus, the Food and Drug Administration does not mandate sequencing the DNA in stem cells before they are given to people. Right now, the only required testing is for abnormal chromosomes – tests that don’t pick up on the types of mutations that worry the Harvard scientists.

According to several reports, doing the DNA sequencing that would reveal these cancer-linked mutations in stem cells runs about $1,000 per genome. Consequently, some medical researchers pay to have the test done on their stem cells, but many don’t.

Part of the problem, note the Harvard scientists, arises from the fact that many of the stem cell lines originate with embryonic stem cells – which, as the name implies, are taken from human embryos – and the cells that patients get are grown from these cells. In other words, the cells used in therapy are already on their way to becoming muscle cells, pancreas cells or neuronal cells.

But when these cells are grown and become more specialized in the lab, says researcher Kevin Eggan, “they have a propensity to acquire the same kind of genetic mutations found in human cancers. The final type of cell — liver, lung, pancreas, and anything else — will inherit the mutations.” And that leads to a “very real risk” of conveying mutated cells that can grow into a tumor in the person who gets the cells during stem cell therapy.

It’s reassuring to know at least one of the companies running stem cell trials is keeping a close eye out for potential complications.

Asterias Biotherapeutics says that subjects in their trial analyzing how stem cells may be used to treat spinal cord injuries are being examined with frequent MRIs to look for possible tumors. So far, they say, there has been no indication of cancer.8

And while experts don’t believe there is a huge cancer risk in using stem cells, they are urging caution. Stephen Chanock, a cancer geneticist with the National Institutes of Health (NIH), says that the mutations spotted by the Harvard researchers may not be the only ones. “We cannot rule out the possibility of additional, less frequent acquired (cancer-linked mutations) in other cancer genes.”

None of the researchers think the potential cancer problem in stem cells is reason to abandon their use. But they urge others to keep close tabs on the health of the cells.

As Jeanne Loring of the Scripps Research Institute, who is studying the use of stem cells for Parkinson’s disease, says, “We need to use the tools we have to make sure we don’t screw up somebody we’re trying to cure, by giving them cancer. You have to check your cells even though the FDA does not require it.”9

The future of stem cells

I’m always conscious that many readers choose conventional treatments – for a whole list of reasons – but they are on the lookout for natural remedies they can do at the same time as chemotherapy. When there’s research to substantiate it, I try to mention it. Just be aware that many oncologists will still oppose the use of ANY supplements.

Nowadays, many researchers, instead of using embryonic stem cells, have turned to what are called pluripotent stem cells that are taken from the tissues of people already born and then modified so they become stem cells. According to the researchers, these cells may also harbor cancerous mutations. They add that any cells grown in a lab are prone to these changes.

On the other hand, the Harvard scientists note that after stem cells are implanted into people, they don’t have the same tendency to develop harmful mutations if they aren’t already there. “There is something very different about the environment of cells growing in a lab dish versus the body,” says researcher Steven McCarroll.

As more is discovered about stem cells – both about their potential risks and benefits – I’ll keep you updated.

Few patients are actually receiving stem cell therapy involving strains of cells taken from other people including embryos. This is all experimental at this point. The more common approach is to use pluripotent stem cells taken from the patients themselves. If you receive stem cell therapy (and you’ll probably have to go abroad to do so) you’ll likely be treated with your own cells.

I believe stem cells hold exciting possibilities and, based on what is known at this time, I don’t think either researchers or individual patients should be discouraged from using them at this time.