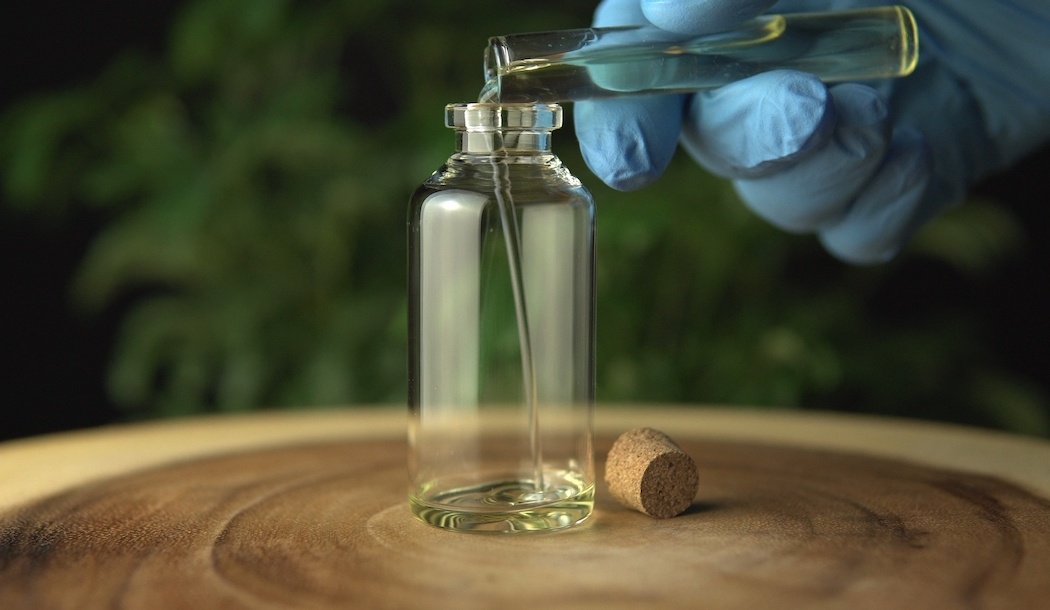 Jim Humble was hoping to strike pay dirt on a gold mining expedition. While he didn’t strike gold he did accidentally discover a natural treatment that has reportedly healed everything from malaria to hepatitis and even some cancers.

Jim Humble had retired from mining when a friend offered him a generous share of profits from his South American gold mine in return for some help with the excavation of the mine.

Early in their trek, several members of the mining team came down with malaria. The men lay in their hammocks shivering from chills and running high fevers. They also had other malaria symptoms including headaches… aching muscles and joints… nausea… diarrhea… and vomiting.

Unfortunately, the closest village with malaria medications was at least two days away through rugged jungle!

Humble thought about the stabilized oxygen he’d brought to purify his drinking water. He decided to give some to the sick workers. To everyone’s amazement, within an hour the shivering stopped. And within four hours, the men were talking and laughing at the dinner table!

Because he wanted to understand what caused the amazing turnaround, Humble spent a few years studying how stabilized oxygen affects the malaria parasite.

Humble discovered that it wasn’t the stabilized oxygen that wiped out malaria. It was the trace amounts of chlorine dioxide and its chlorite ion that did the trick!

By using higher concentrations of sodium chlorite with an activator, Humble reports that he’s helped more than 75,000 folks in Africa “cure” malaria, hepatitis, AIDS, and even cancer.

Humble called his product Miracle Mineral Supplement (MMS) initially. But persecution from the Food and Drug Administration (FDA) prompted him to change the product name to Miracle Mineral Solution.

So, what is chlorine dioxide? Here’s a brief history…

When chlorine dioxide contacts harmful pathogens, it snatches their electrons. This results in a sort of microscopic explosion—which won’t harm YOU if taken properly, according to the treatment’s advocates, but can destroy pathogens. In other words, harmful bacteria, viruses and other parasites die when they meet up with chlorine dioxide ions.

MMS is a solution of 28 percent sodium chlorite ion in distilled water. The solution changes to chlorine dioxide when you add an “activator” of lemon juice, vinegar or citric acid.

In his book The Miracle Mineral Solution of the 21st Century, Jim Humble relates the experience of one pancreatic cancer patient whose cancer had returned following surgery.

The patient decided to take MMS in the 60 days leading to his next exploratory surgery at the Mayo Clinic. The results?

Humble said, “Within two weeks his cancer readings began to decline. The high reading was 82… At the next visit to the hospital the reading was 71.

“The doctors at the hospital didn’t know what had happened, but as soon as the readings began to go down, they canceled the appointment at the Mayo Clinic. . .When the reading reached three, they said there was no point in further testing.”

This man’s story is no isolated incident. Consider these experiences from others who have used MMS to treat tumors, cancers, and other health conditions:

This is just a sample of the thousands of folks with positive stories of health improvement. But the treatment can cause side effects.

Not without side effects

From what I’ve been able to learn, MMS can be difficult to use and to tolerate. A significant number of patients complain of nausea — even vomiting — and stop taking the drops for that reason. Others find it hard to follow the precise directions, which require taking the MMS drops as often as six times a day. What’s more, because only certain substances work as activators and chlorine dioxide can be toxic, it’s very important to follow the protocol when using MMS.

Most of the evidence I’ve seen is anecdotal (like the testimonials quoted above). I have yet to see any type of scientific study performed on MMS and that concerns me.

But even taking into account the anecdotal evidence, MMS is by no means a simple miracle that will work for every cancer patient. However, I’m inclined to believe the reports that many people find pain relief, improved energy and perhaps even complete remission from cancer as well as other diseases — provided they’re able to stick with it. From what I gather, a lot of people can’t.

I’m going to hazard a guess that MMS would probably be more effective with diseases that are known to be infectious (such as malaria) than with cancer. The infection theory of cancer is controversial. I’ve become a lot more interested in it as I learn more, but I’m withholding judgment.

Quite a few alternative cancer doctors swear by the microbe and/or parasite theories and they’ve had success in treating patients. But they usually use multiple cancer therapies at once and their success may or may not be due to killing off the critters. It’s just not clear to me yet how all the pieces fit together — do parasites cause cancer or are they just frequently found side by side with it because of a diminished immune system or other factors? The fact is, as with any cancer treatment approach, anti-infection and anti-parasite protocols work for some patients and not for others.

As the late Bill Henderson, author of the book Cancer-Free, used to say, “I have high confidence in MMS for killing pathogens, including cancer cells. The only real problem is that this is not how you get over cancer.

“You get over it by revising the physiology of your entire body to make it hostile enough to cancer cells again that it will keep them under control as a healthy body normally does.

“So just like lots of other things that are effective at killing cancer cells, I usually don’t recommend MMS except as a ‘last resort’.”

I agree. I would encourage anyone worried about cancer to look to dozens of other natural or alternative treatments that are backed by scientific study before ever trying MMS.

MMS is still sold online only as a water purifier but is not sold by Jim Humble. You can read more about MMS at Jim Humble’s website: https:// jimhumble. co