Cancer-Causing Plastics Hidden in Your Food… (and what you can do about it!) - Cancer Defeated 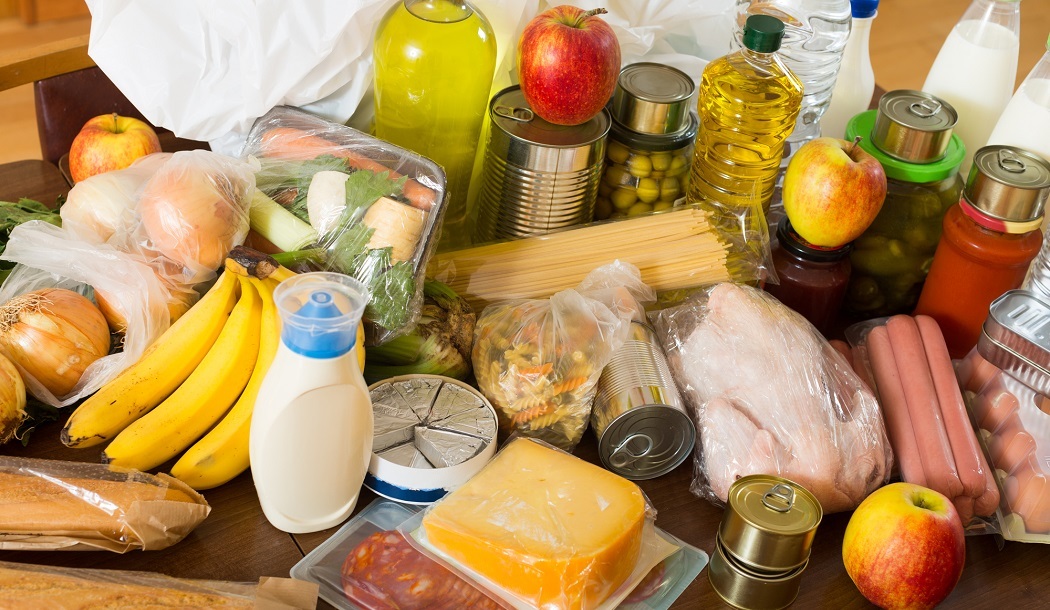 Most people don’t think of plastic as something they eat on a regular basis.

But most people would be wrong. Sobering research from the journal Environmental Science & Technology shows Americans eat and breathe an average of 70,000 microplastic particles each year. (And researchers say this estimate is on the low side!)

In a different study commissioned by the Worldwide Fund for Nature (formerly called the World Wildlife Fund), researchers estimated that the average person swallows about five grams of plastic every week, roughly equivalent to making a meal of a credit card.

It sounds high to me – and it’s always wise to remember this comes from an advocacy organization – but that’s what they say. And in any case we’re popping a lot of plastic down the hatch.

Let’s take a closer look at the impact this has on our health.

If we are what we eat, then…

Microplastics get into our bodies in a variety of ways. In most cases, they start off as larger plastic things, and then over time break down into microscopic particles – five millimeters or less in diameter – or about as small as a sesame seed.

Those seed-size plastic pieces settle into the soil and on plants and get ingested by animals who then become our food. Or we eat the plants that are contaminated with the particles. Or we inhale those tiny particles as they float through the air.

According to researchers who analyzed 26 different studies on microplastics, these little hazards have been found in salts, added sugars, beer, water, and seafood. Happily (I think), none have been found on grains, vegetables, beef, or poultry.

This analysis put the spotlight on air, bottled water, and seafood as the biggest avenues for loading microplastics into our bodies.

Besides the fact that eating plastic sounds gross, putting plastics into your body puts your health at risk in a variety of ways. While this is a new area of research and there’s not a ton of data, we do know this much: Ingesting microplastics further exposes us to chemicals found in some plastics that are known to cause cancer, obesity, and infertility.

Perhaps most concerning are a number of animal studies showing that microplastics can cross the blood-brain barrier that’s meant to shield your brain from toxins in your bloodstream. Microplastics contain BPA (bisphenol A) and phthalates, as well as PCBs (Polychlorinated Biphenyls) that can interfere with hormones and lead to disease.

We’ve written about these substances many times, so I won’t go into detail here. Suffice it to say they’re toxic.

As if that’s not unsettling enough, the fact that humans have created over eight billion tons of plastic (and counting) since the 1950s, with less than ten percent of it getting recycled, tells us there’s a lot of plastic already circulating in the world.

In fact, if we all lowered our daily use of plastic, we’d see an enormous jump in the health and recovery of our environment. Following are some of the small changes you can make to help avoid extra exposure to plastics and the chemicals they release:

1. Be careful about your milk containers. Drink cartons that appear to consist of thin cardboard are not the plastic-free alternative you think (I’m talking about all the cartons that hold alternative milks, juices… sometimes even wine!)

Turns out most of these cartons are coated with up to 20 percent plastic to prevent leaks, plus five percent foil on top of that. Not only does that make them more difficult to recycle, it also puts you at risk for ingesting the plastic that leaches into the beverage from the carton. Acidic drinks like orange juice are more likely to break down that plastic lining.

In all cases, glass is the better option to curb your ingestion of plastic through beverage containers.

2. Stop blowing bubbles. Chewing gum is another surprising offender. Most gums have polyethylene and polyvinyl acetate (also known as PVA, and also found in PVA glue and polyethylene-based plastic bags.) The stuff isn’t biodegradable, so if you spit it out or dispose of it carelessly, it can end up in the stomach of an animal – or your own stomach if you accidentally swallow it. Even chewing these gums exposes you to a tiny risk of swallowing plastic particles. Fortunately, there are now lots of plant-based gums on the market. You can get them at most natural food stores and vitamin shops, as well as on Amazon.

3. Drink filtered tap water. Bottled water is perhaps the worst offender, as mentioned above. If you get your water exclusively from bottles, it’s likely you ingest around 90,000 microplastic particles every year (in contrast to those who drink tap water and swallow “only” 4,000 particles a year). So, drink from the tap, preferably a filtered one so you can avoid some of the other contaminants in chemically treated water.

4. Avoid BPA (Bisphenol A.) If you must eat canned foods, choose those labeled “BPA free.” Just be aware that the new BPA substitutes are also believed to be toxic, so this is a partial solution, at best. And if you’re thinking, “Wait a minute, cans don’t contain plastic” – think again. Too often, BPA is used in the epoxy that lines most canned goods, since it’s marginally cheaper (about two cents less per can than non-BPA material). My recommendation: Just don’t eat canned foods. Buy your food in glass jars when you can, or buy fresh.

Besides bringing reusable bags with you to the grocery store, here are some other ways to curb your plastic consumption:

1. Wet wipes: If you use any form of wet wipe, from baby wipes to Clorox wipes to face wipes, you’ll probably be surprised to hear these are huge plastic particle offenders. Not only do they end up on beaches and in oceans, but wipes release microplastics into the water supply as they break down. The better choice is to use biodegradable wipes or switch to flannels or reusable cotton cloths.

2. Sequins: This isn’t something most of us ever think about, but sequins are made out of PVC and aren’t biodegradable. It’s a little thing, but if you like flashy little sequined gifts or you like to buy t-shirts for children with reversible sequins sewn on known as flippies, consider skipping it and get them a good old-fashioned cotton shirt.

3. Teabags: A study that came out last year documented that a single teabag made from plastic mesh can release as many as 11.6 billion microplastics and 3.1 billion nanoplastics. Paper teabags aren’t much better, as they still have a small amount of plastic where the seal is. The solution is to shop for plastic-free teabags, which are biodegradable and sometimes even compostable. Or try drinking loose-leaf tea. Take it from this tea drinker: it’s of much better quality and tastes better.

I’m familiar with a number of natural ways, such as chelation therapy, to detoxify the body of heavy metals, but I don’t know of an effective way to detoxify the body of plastics. I recommend following the advice of numerous natural health experts who encourage infrared saunas, drinking clean water, and getting enough fiber and exercise, as well as eating green foods and taking supplements such as chlorella to help your body get rid of plastic toxins or any others.

These Grains Pack a Big Punch Against Colon Cancer

Opioids and Cancer: A Complicated Danger

These Grains Pack a Big Punch Against Colon Cancer

Opioids and Cancer: A Complicated Danger