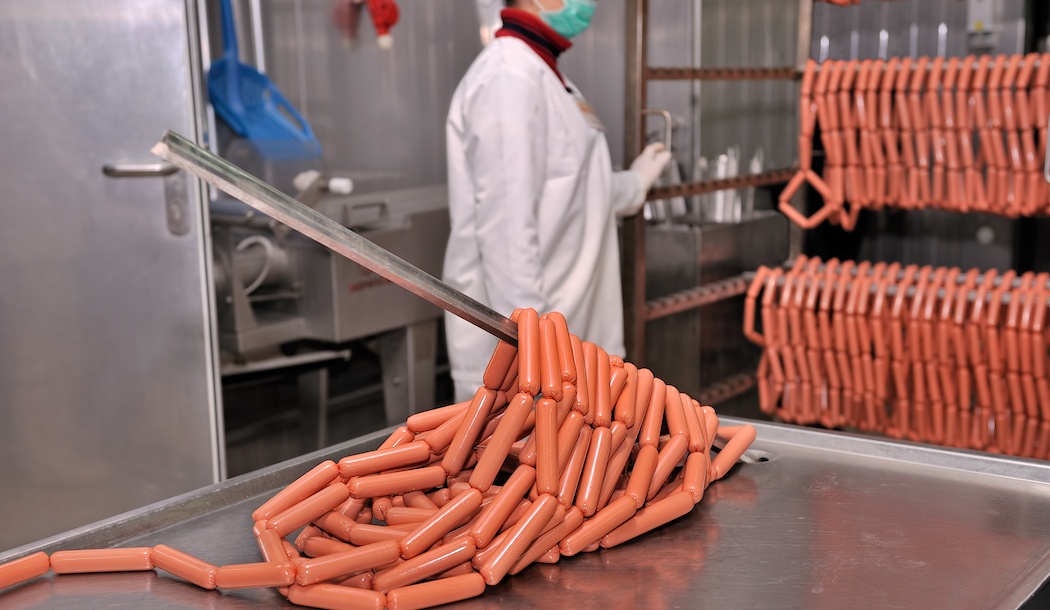 The other day, I listened as a radio personality voiced a segment on things people did 100 years ago that seem strange today. Bloodletting with leeches and using heroin as a cold remedy were two of the most shocking.1

But then she went on to talk about remedies and health practices in use today that, 100 years from now, will seem just as crazy. Toward the top of the list was the idea of eating conventionally produced meat.

I can’t say one way or another if this prediction holds weight, but I can say that conventionally produced meat products have a number of health risks—including cancer.

Heavily processed meats are home to various carcinogenic chemicals. The term “processed” refers to any meat that has been transformed through salting, curing, fermentation, smoking, or any other process meant to enhance flavor or improve preservation.2 The World Health Organization has declared processed meats carcinogenic to humans.

But there’s another source of carcinogens in our meat supply that’s only beginning to be understood. I’m talking about meat produced on a mass scale with the help of chemicals, such as antibiotic drugs.

Outlawed in other countries, legal in the U.S.

In 2016, the U.S. Food and Drug Administration moved to rescind approval of the antibiotic carbadox, used widely since the 1970s to control dysentery and promote weight gain in pigs. Carbadox may leave trace amounts of carcinogenic residue, which could theoretically cause cancer and a host of other diseases in people.

The FDA is not the first to voice this concern over carbadox. The Canadian government banned the antibiotic back in 2004. And both the European Union (EU) and Australia forbid the use of carbadox in food-producing animals. But the U.S. never followed through. In 2018, the FDA decided to give up on its earlier decision, and to this day carbadox remains available to U.S. hog farmers.3

In addition to potentially causing cancer in people, the general use of antibiotics in food-producing animals may also raise the risk of transmitting drug-resistant bacteria to humans—leading to antibiotic resistance and an increased rate of deadly illnesses. This transmission can happen through direct infection or through the transfer of drug-resistant genes from animals to the pathogens that are later picked up by humans.4

Generally, pathogens can at best weaken the body and open the door for cancer to grow, or at worst be tied directly to the growth and development of cancer—but that’s another article. Back to the antibiotics…

A big part of the antibiotic problem in the U.S. lies in our approach to free enterprise. This country tends to push its trading partners to adopt “science-based regulation,” which sounds good in theory but is really just a corporate-friendly way to say regulators must first prove beyond a shadow of doubt that products are harmful before they can be banned.5 Trouble is, there’s really no incentive for food-producing animal manufacturers to perform this research. Nor has the government taken on research like this on a large scale.

The U.S. approach makes it more difficult to remove or outright ban products. And once a product is proven to be harmful, in the case of drugs used in food-producing animals, regulators have to show the harm can’t be mitigated by a lower dose.6

On the flipside, the EU takes more of a precautionary approach, not allowing products to reach consumers legally until they are proven safe. What’s more, if regulators have doubts about the safety of a product, they’re able to remove it from store shelves with relatively little push back from the product’s manufacturers.7

In fact, there’s a major showdown playing out between the United Kingdom and the U.S. as it relates to importing meat products.

British opponents of this plan point out that allowing these antibiotics into their food system will undermine the efforts to keep the British population healthy, along with weakening treatments for infections, cancer, and even coronavirus.8 They make a good point.

I’m not a fan of regulation, for a variety of reasons. One of them is that, like these regulations, they’re usually half-assed, yet the public fervently believes the government is looking out for them. No matter. You have the means to solve this problem for yourself: Just don’t eat conventionally grown meat.

How to protect yourself

Several grocery stores carry different brands of antibiotic-free meat that have labels meant to communicate that the meat is free of the regular daily drug doses typical of most farms. But be cautious – don’t rely on something that just says “natural” or “no antibiotics.” Instead, look for meat labeled “USDA Organic” or for a “USDA Process Verified” shield paired with a “no antibiotics” statement.

Unapproved claims that sound nice but don’t mean anything are “antibiotic-free,” “no antibiotic residues,” and “no antibiotics for growth promotion.” These aren’t USDA-approved claims and while they may have some meaning as they relate to the production of the meat, it’s likely that the final product falls below FDA tolerance thresholds for truly “organic”, so drugs could have been used at some point in the animal’s life.

In addition, if you’re going to eat meat it’s best if you buy what’s safe and cook it at home, and then opt for non-meat meals when you go out to restaurants. You might make an exception if you visit a restaurant that clearly states they only serve organic, certified antibiotic-free meat, but most restaurants do not adhere to these strict standards.

Consider the experience recounted to me by a friend whose buddy was eating in an expensive LA steak house some years ago, took a bite of steak and bit into a syringe. The tip of the needle, undoubtedly used to administer antibiotics into the cow, had broken off into the side of beef that then became this man’s dinner. It even cut the inside of his mouth! I’m just glad he didn’t swallow it.

This is a rare event, but it provides a vivid symbol of the whole problem. My advice is to eat certified organic red meat in moderation and avoid processed meat completely—simply to avoid the risk of cancer. This follows the advice of numerous alternative cancer doctors that we’ve talked to over the years.