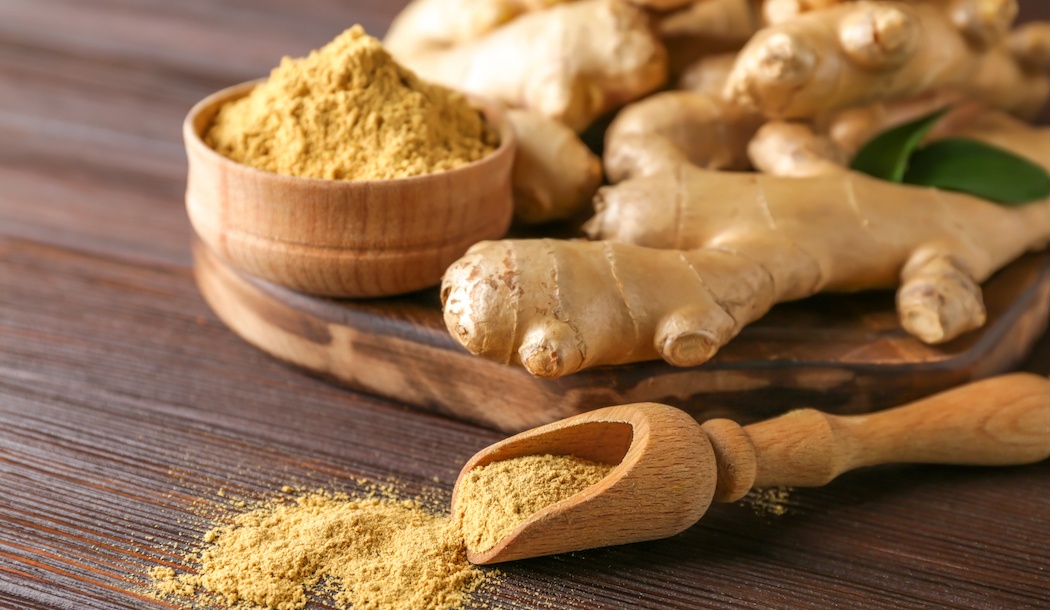 Horn root is a plant that dates back to the 1st century in ancient China and India. Ancient healers used horn root medicinally while ordinary folks enjoyed its strong flavor in cooking. If you think you’ve never heard of or seen horn root before, you have, only by another name.

Horn root is the translation of the Sanskrit word for ginger.

The latest research into the medicinal properties of ginger reveal that this root and plant offer more than folk healing and rich culinary flavor. It contains stunning cancer-fighting properties that can benefit anyone who wants to prevent or even treat cancer.

Ginger is a member of the same plant family that includes spices cardamom and turmeric. While ginger’s name stems from the Middle English gingivere, it has also been known as zingiberis (Greek), zinziberi (Latin), and srngaveram (Sanskrit for “horn root”).1

Despite its prevalence, most people have never seen a ginger plant. It has long, leafy stems that grow about three feet high and produce a yellow-white flower that looks like a cluster of small and gangly irises.

Besides looking great in the garden and flavoring multitudes of ethnic dishes, ginger can quell an upset stomach, ease nausea and prevent flatulence. Ginger also has anti-inflammatory abilities and can increase circulation, making it a popular ingredient in muscle-rub gels for post-exercise pain. Along with that, ginger oil can be distilled from the rhizomes of the plant to be used in perfumes or in food.

But it’s the elements within ginger’s oils that I’m most interested in, thanks to their stunning cancer-preventive properties…

The anti-cancer power of gingerol

The oleoresin (i.e., oily resin) from the rhizomes of ginger are where you’ll find this root’s many bioactive components, such as [6]-gingerol. This is the primary pungent ingredient responsible for the variety of remarkable pharmacological and physiological activities boasted by this plant. To date, ginger has been proven many times over as an antioxidant, anti-inflammatory agent, anti-nausea compound, and anti-cancer agent.2

Multiple studies have been conducted on the anticancer activities of the different forms of ginger, ranging from crude or partially purified extract to isolated components such as gingerol.

Those studies have looked at the ability of ginger to prevent or suppress cancer growth in various cancers, including lymphoma, hepatoma, colorectal cancer, breast cancer, skin cancer, liver cancer, and bladder cancer. The most likely mechanisms behind ginger’s effects against cancer include its antioxidant activity, ability to induce apoptosis and decrease cancer spread, tendency to cause cell-cycle arrest, and knack for suppressing proteins and signaling pathways that allow cancer to grow.3

More specifically, ginger extract appears to be effective in slowing cancer’s growth and development. In a handful of studies, it effectively slowed the growth of colon tumors, human lung cancer cells, and human breast cancer cells. The extract also killed the cells in a dose-response manner by inducing apoptosis and limiting the expression of genes that are involved in cancer’s growth and spread.4

Something similar happened with ovarian cells. While normal ovarian cells are not affected by ginger extract, tumor cell lines meet their death at the hands of this potent remedy. Same thing for endometrial cancer cells. And when it came to pancreatic cancer cells, ginger extract effectively suppressed cell cycle progression and prompted cell death. The extract even stopped the tumor growth of human pancreatic cancer in a host animal.5

And then there’s ginger’s usefulness as an antinausea medication, which also helps fight cancer. Ginger inhibits the growth of Helicobacter pylori (HP), a strain of bacteria that’s linked to both ulcers and the development of stomach cancer. By controlling the bacteria, ginger extract may also indirectly inhibit cancer cell growth, thanks to the spicy root’s beneficial effect in the gut.6

For example, ginger reduces inflammation in the gastric mucosa that is caused by these bacterial strains. Ginger also helps to reduce both acute and chronic mucosal and submucosal inflammation, further creating a better environment to fight the growth of cancer.7

Ginger is a natural remedy that’s very easy to use.

The biting taste of ginger is used to flavor everything from cookies to breads to sauces and of course, ginger ale. You can use fresh, grated ginger in cooking, preserve the peeled rhizomes (roots) by boiling them in syrup, or, like the Japanese, eat slices of ginger between courses to clear your palate.9

You can put whole ginger in smoothies and soups, just make sure you get rid of the skin first. Mature ginger requires peeling with a knife while young ginger skin can be scraped off with a spoon.

Once you peel the ginger, its shelf life gets shortened considerably, so I’d advise you to only peel what you’re about to use. Another option is to peel the ginger and then freeze it.

Powdered ginger, while not as potent, is the next best thing when you don’t have fresh ginger available. You can put powdered ginger in smoothies, teas, soups, or on any other dish you please. You’ll still get some of the beneficial compounds like gingerols, but not as much as you get with fresh ginger, and with a less potent flavor.

Ginger is also available in teas and supplements.