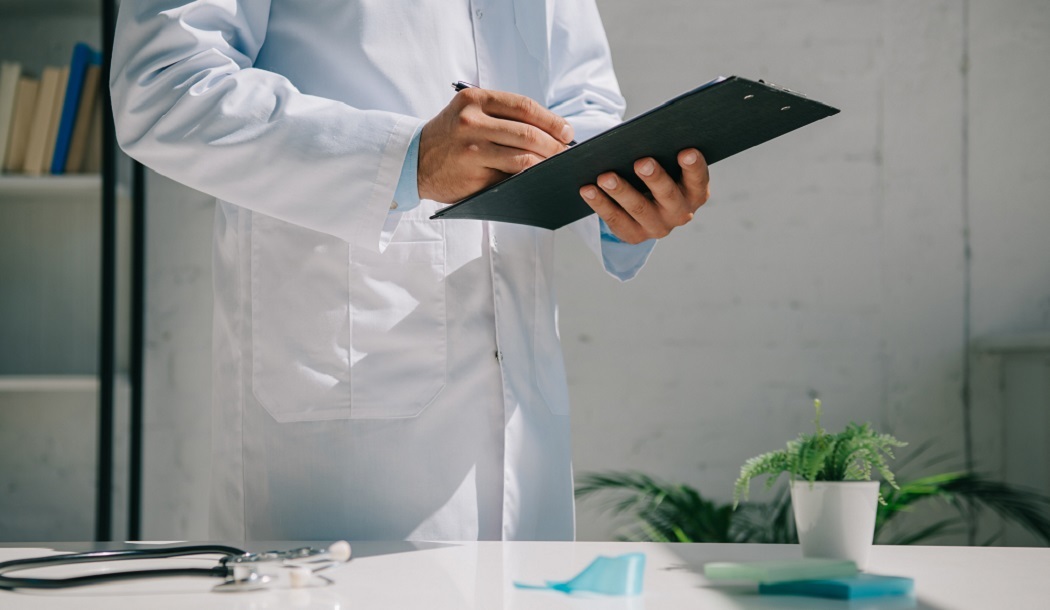 Cancer is a confounding, terrifying, and mysterious disease.

It’s not given to simple answers. Which is why you never want to jump into (or be coerced into) a one-size-fits-all protocol.

And it’s precisely why integrative oncologist Dr. Jonathan Stegall wrote his book, Cancer Secrets: An Integrative Oncologist Reveals How You Can Defeat Cancer Using the Best of Modern Medicine and Alternative Therapies.

He notes that people usually gravitate toward either conventional therapies or alternative therapies.

At first glance, those two approaches appear contradictory, but Dr. Stegall believes that integrative oncology combines the best of both worlds. I’m in total agreement, so let’s take a closer look at what he’s found through his research and how we can apply it in the fight against cancer.

Dr. Stegall believes in the “big three” of cancer care, but they’re not what you might think.

In conventional medicine the “big three” are surgery, chemotherapy, and radiation therapy—the standard of care, known to us nonbelievers as “slash, burn and poison.”

Dr. Stegall’s “big three” are best explained by this diagram…

As you can see, he’s not opposed to conventional therapies, such as surgery, but he also wants to inform people that there are more tools in the medical toolbox than we’re usually told.

Some are conventional treatments, tweaked and administered in a safer, less toxic manner. Other treatments include natural or alternative therapies, many of which we’ve written about in these pages over the past 15 years.

It’s just about certain your conventional oncologist won’t tell you about them.

What you will and won’t hear
from your oncologist

Oncologists view cancer as a disease caused by mutated genes or by genes inherited from our parents that make us vulnerable. They insist it’s treated best by surgery, radiation and chemotherapy.

They won’t tell you about nutrition, supplements, exercise, stress reduction, or other natural therapies. In fact, I’ve heard many stories from cancer survivors who said they first learned of natural treatments from a conventional nurse or other medical professional who asked the patient not to tell a soul what they’d just heard or who they’d heard it from.

In many cases, hospitals and medical centers have such a strong relationship with Big Pharma that conventional medical professionals fear for their jobs if they start recommending treatments that are outside of the norm.

At best, your oncologist might ask you what supplements you currently take and will likely tell you to stop taking them because they interfere with chemotherapy.

For instance, many doctors believe that chemotherapy patients should avoid antioxidants because they negate the pro-oxidant effects of chemotherapy. Make note, numerous studies prove this is false. (So much for the “evidence-based medicine” that MDs are always boasting about.)

Vitamin C actually becomes a pro-oxidant in high doses, like the doses used in IV-vitamin C. That’s why this is a common treatment in an integrative or natural oncologist’s cancer-fighting protocol.

As for the theory that cancer is mostly a matter of genes, Dr. Stegall cites evidence that only six to eight percent of cancers are due to inherited genes while the rest are linked to metabolic dysfunction or toxicity within the body.

You are what you eat, no matter
what your oncologist claims

Dr. Stegall points out how most oncologists don’t regard nutrition as important in cancer treatment and believe there’s no scientific evidence for changing your diet if you have cancer.

It’s common for cancer doctors to tell patients, “Eat whatever you want. It doesn’t matter.”

Yet the scientific literature clearly shows nutrition not only plays a role in causing us to get (or not get) cancer, but also in cancer treatment. Of course, the literature Dr. Stegall writes about—and research we’ve also written about hundreds of times in this newsletter—are not part of large, well-funded pharmaceutical studies in major medical journals.

It’s true that there’s not a huge number of randomized, double-blind, placebo-controlled studies on the efficacy of diet in treating cancer, but research does exist as do decades of success stories from clinical practice.

Dr. Stegall cites evidence that nutrition plays a role in improved outcomes, improved effectiveness of other treatments, and decreased negative side effects from conventional therapies.

So how does Dr. Stegall advise selecting therapies from his big three?

Fighting the war against cancer on two fronts

Integrative oncologists like Dr. Stegall view the cancer battle as having two fronts.

The first one is the tumor itself, and this is the area where Dr. Stegall believes conventional oncology excels. He points to conventional surgery as a great way to get rid of many cancerous tumors. In the case of many early-stage cancers – those that have not metastasized – surgery is often the end of the problem.

But even though this conventional treatment has its place, he says, conventional oncology makes a mistake by ignoring the second front in the cancer battle: The systemic burden of cancer, i.e. the way it can permeate the whole body.

Tumors release circulating tumor cells (CTCs) and cancer stem cells (CSCs). These are “immortal” cells that won’t die unless we kill them, and they’re sitting around waiting to set up shop in new parts of the body.

Conventional oncology completely ignores these cells. That’s a big reason why patients who are told they’re “cancer-free,” “cured,” or “in remission” end up with cancer again months or years later.

In contrast, good integrative oncologists measure these CTCs and CSCs on a regular basis. Many therapies focus on killing them, as well as making your body inhospitable to cancer.

Dr. Stegall says he approaches potential treatments with an open-minded skepticism. If a therapy has shown promise in a study and has a low likelihood of harm, why not at least consider it?

Dr. Stegall is a strong proponent of lab testing because it provides valuable information. His testing includes tests most conventional doctors do not use because he believes they give a more complete picture of the health status of the patient.

Here’s a case in point: Dr. Stegall tests for a liver protein called ceruloplasmin, which stores and carries copper throughout the body. This is important because too much copper promotes angiogenesis, the formation of new blood vessels for cancer to grow and metastasize.

Dr. Stegall also tests for A1C (a number indicating an average blood sugar over the last three months), various tumor markers, vitamin D levels, and many other markers. He devotes an entire chapter of his book to recommended blood, urine and image testing.

He also distinguishes between full-dose and low-dose chemotherapy, sometimes called fractionated chemotherapy. Full-dose chemotherapy often requires extended time between treatments because of toxicity and side effects and, as a result, cancer cells get a chance to become resistant.

Dr. Stegall also uses “off label” pharmaceuticals or medicines that are used for other purposes and have anti-cancer effects. One interesting example is the blood sugar drug, metformin. People with diabetes who took metformin had a 54 percent lower risk of developing cancer vs. diabetics not taking the drug.

Another drug Dr. Stegall relies on to help treat cancer is Naltrexone, which we wrote about here.

Dr. Stegall also mentions several other therapies. We highlighted one of these, pulsed electromagnetic field therapy (PEMF), in this article. Others include high-dose intravenous vitamin C, hyperbaric oxygen, photodynamic therapy, and lymphatic therapy.

As far as supplementation, Dr. Stegall believes it should be customized to your cancer type and your individual health needs.

Dr. Stegall offers eight tips for preventing cancer, many of which you’ve already heard from us in this newsletter over the years:

If you want Dr. Stegall’s lists of tests, therapies, and foods, get his book. In our opinion, it’s “well worth the cost of admission.” Dr. Stegall practices integrative oncology in the greater Atlanta area.

Has this inspired you to find an integrative oncologist in your area? Check out this website, as a starting point: https://fonconsulting.com/resources/integrative-oncology-centers/.