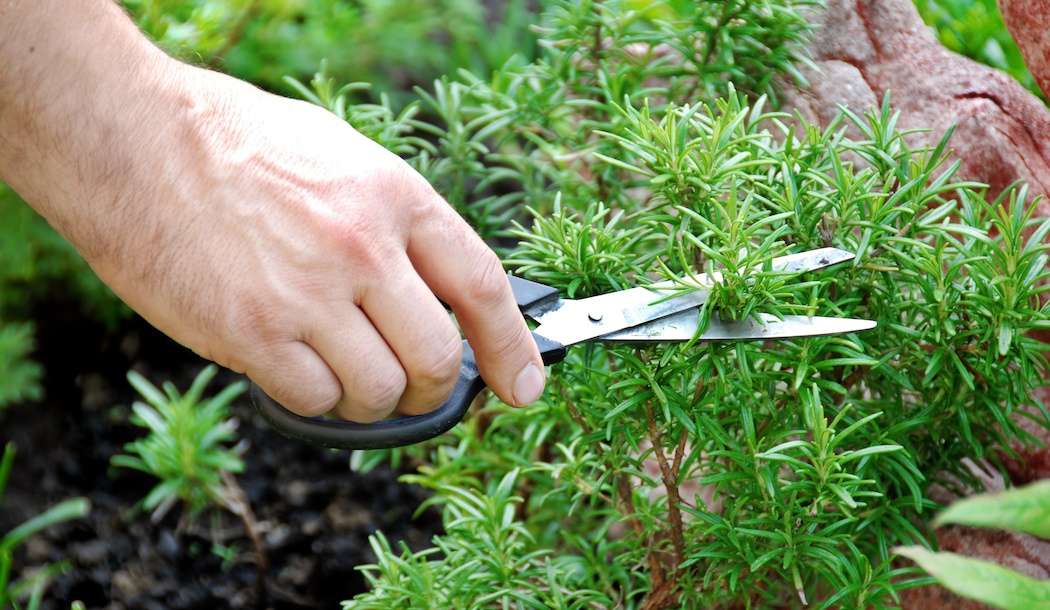 Plenty is written about kings of the past and their mistresses, their dogs or their art, but rarely do we read about their plants.

As it happens, the Emperor Charlemagne – his name means Charles the Great – was an avid horticulturist at the turn of the ninth century. He had over 99 medicinal plants and herbs scattered throughout his estates across Germany, France, and northern Italy.1

Among them was rosemary.

You may know rosemary as an herb popular in Italian dishes, as a shrub used by landscapers or even as a ladies’ name. What you may not know is about the medicinal superpowers contained within this fragrant herb’s needle-like leaves…

Rosemary’s medicinal use dates back to the time of the early Greeks and Romans. For example, Greek scholars often wore a garland of rosemary on their heads because they believed it improved their memories.

By Charlemagne’s time, rosemary was used for respiratory issues.

Later, in the 13th century, the Queen of Hungary suffered from some type of paralysis. As the story goes, a concoction of rosemary and wine healed her.

While there may be no scientific proof of these early uses of rosemary outside of ancient medical texts, modern day science has revealed rosemary contains a number of powerful compounds that are effective against illnesses such as cancer.

The first and perhaps most powerful compound is called rosmarinic acid.

Rosmarinic acid is a polyphenol, or antioxidant, found within the rosemary plant, although rosmarinic acid is not just found in rosemary, having been isolated from several other culinary herbs including basil, mint, sage, and perilla.2

Called “RosA” by scientists, this water-soluble phenolic compound has a massive range of health benefits, including anti-oxidative, anti-tumorigenic, and anti-inflammatory. Many of these effects have been demonstrated through both in vitro (laboratory) and in vivo (clinical) studies. The latest research shows specifically how rosmarinic acid helps fight a number of different cancers.3

Let’s start with prostate cancer, a cancer that grows increasingly more common for men as they age. In one study, researchers found that rosmarinic acid successfully halted the growth of the enzymes that trigger prostate cancer tumor development. RosA also helped decrease the total number of existing cancer cells and prompted apoptosis (cancer cell death) of some of the cell strains in prostate cancer.4

Finally, rosmarinic acid also showed a remarkable ability to target MARK4 (microtubule affinity regulating kinase), which is an enzyme implicated in the growth of several different types of cancer because it controls the early stages of cell division. Studies show that rosmarinic acid can successfully inhibit this enzyme’s activity, essentially staving off countless cancers before they even get a chance to form.7

If that isn’t enough, rosmarinic acid blocks inflammation, which is linked to virtually every disease of aging, including cancer.

As I’ve written before, you want to avoid chronic inflammation at all costs because it plays a key role in the eventual formation of most chronic diseases and autoimmune disorders. Conventional medicine treats many of these illnesses, such as rheumatoid arthritis and osteoarthritis, with nonsteroidal anti-inflammatory drugs (NSAIDs) or disease-resistant antirheumatic drugs (DMARDs). However, these drugs have a high level of toxicity and come with a host of damaging side effects.8

Research into plants and herbs is on the rise to combat these illnesses, but scientists are discovering that rosmarinic acid may be a leader in the fight.

Studies show RosA can inhibit the expression of negative genes linked to the development of arthritis and many others diseases, lower pain levels, and considerably reduce inflammation. RosA is also responsible for the apoptosis of pathogenic T cells that prompt arthritis.9

But this is only the beginning.

Rosmarinic acid is also helping fight other diseases, like colitis and inflammatory bowel disease. In this context, RosA can improve inflammation, decrease disease activity, and inhibit the expression of the genes that lead to inflamed mucosa within the digestive tract, among multiple other benefits.10

In fact, there’s a long list of ailments researchers have uncovered which can be relieved with rosmarinic acid. Atopic dermatitis, or eczema, is one. RosA helps inhibit the generation of the cells that lead to this inflammatory skin disease.

What’s more, in a mouse study, RosA inhibited the airway inflammation that leads to asthma. It also helps with allergic rhinitis, or seasonal allergies. This isn’t surprising. I know of numerous natural allergy medications that contain rosemary.

Taking advantage of the health
benefits of rosemary

Rosemary is widely available in a number of supplements. I recommend looking for a rosemary supplement with the key ingredient, rosmarinic acid, listed on the label.

There are also herbal teas you can find with high levels of RosA, such as spearmint tea. Drinking this tea daily for 16 weeks has been shown to significantly improve stiffness and physical disability issues (especially where knee pain is concerned).13

In addition, many people enjoy spearmint tea for its flavor and aroma, so drinking it is likely to offer more relaxing relief than a medicinal approach. And as most of these herbal teas are caffeine free, you may enjoy the ritual of drinking tea every evening as you wind down for bed.