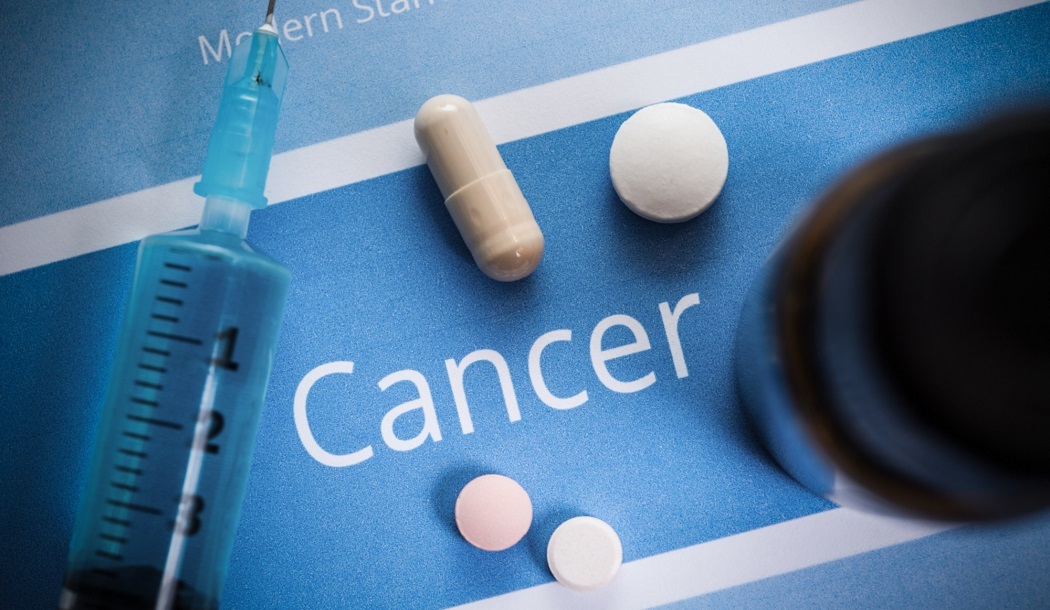 Every spring I send one of my reporters to the annual Annie Appleseed Cancer Conference in West Palm Beach, Florida to bring you a report on the latest treatments. This is the fifth of several articles reporting on treatments discussed during the conference.

Well-known cancer researcher Ralph Moss, Ph.D., was supposed to speak in person at this year’s Annie Appleseed Cancer Conference. A snowstorm changed his plans, with a flight cancellation leaving him stranded at a hotel in Bangor, Maine, but to the delight of the audience he was able to give his presentation by video from his hotel room.

Dr. Moss revealed details from his new book, Cancer Incorporated, about cancer industry profiteering. As a former cancer treatment industry insider and whistle-blower, Dr. Moss has had a front row seat to the culture of dishonesty that props up the industry and keeps it flush with cash.

Back in the 1970s, Dr. Moss worked for the Memorial Sloan Kettering Cancer Center. At that time, researchers at the center conducted a study with mice to test the effectiveness of laetrile—vitamin B17— on cancer.

Since then, Dr. Moss has devoted his life and his research to uncovering the treatments that really work against cancer and pointing out the falsehoods perpetuated by the cancer industry.

Cancer is a money-maker

Incredible as it sounds, Dr. Moss told the attendees that a cancer patient today who takes the newest and “best” drugs generates one million dollars in revenue for the cancer treatment industry. “A million dollars per patient is common,” he said.

For a million dollars, you’d think the patient must get a tremendous benefit: either an outright cure or at least a few more years of living with an excellent quality of life.

According to The Lancet, a prestigious British medical journal, the average survival benefit for this overpriced treatment is only 3.4 months of additional life — about 100 days.

How do the drug companies get away with charging so much money for drugs that offer hardly any benefit? As Dr. Moss explained, “Big Pharma has seized every aspect of testing and approval for cancer treatment drugs. Congress has been corrupted.

“Seventeen years ago the Medicare Modernization Act was pushed through in the Senate in a surprise vote at 3:00 a.m. It has been the biggest bonanza imaginable! The price of drugs can’t be negotiated down. Medicare is a gigantic consumer of drugs, and the prices are beyond belief.”

One example Dr. Moss cited is Kymriah, an FDA-approved drug for cancer of the blood. The cost of one infusion is $475,000, yet the actual production cost is a mere $20,000.

What’s more, Dr. Moss pointed out that the drug price doesn’t include the cost of administering the drug or of dealing with the bad side-effects. When all of the cancer treatment costs for the typical patient are added together, the sum total for the treatment often reaches into seven figures.

No wonder the pressure to approve a new cancer drug is so fierce — even drugs with horrendous side effects and very little benefit! And no wonder safe, natural, non-toxic treatments get swept under the rug—they’d never make the industry millions or billions of dollars.

The money that just one drug can generate beggars the imagination. Dr. Moss said that another drug, Keytruda, for example, is an $8 billion drug!

In particular, new immunotherapy drugs like Keytruda, according to Dr. Moss, have “very serious side effects” and aren’t approved for coverage by insurance in most countries.

In fact, Dr. Moss wrote a paper showing that the side effects of these drugs verge on catastrophic, but when he tried to get the paper published, he was attacked and rejected. These publications rejected him because they didn’t want to kill the goose that lays the golden eggs. Finally, he did get it published in a small medical journal.

Corrupt doctor was exposed, and then rewarded!

Exactly how does the cancer treatment racket work?

Dr. Moss said, “The Sunshine Act of 2010 forces drug companies to reveal how much they give to American doctors: general payments, personal payments, consulting fees, speaking fees, reimbursements, honoraria, etc. Now we have a real view of the monetary relationship between oncologists and drug companies — who’s getting how much from these companies.

“About a year ago The New York Times reported that Dr. Jose Baselga, the physician-in-chief at Memorial Sloan Kettering, took $3 million from the top drug companies while declaring that he had no conflict of interest! He said he supported full disclosure, but he wasn’t disclosing. He resigned but landed on his feet. He landed at AstraZeneca [a major drug company]. Some doctors were on the take big time.”

This shocking data documenting corruption used to be hidden in the shadows, but thanks to the Sunshine Act, the data is now open. Dr. Moss gives the links in his book, Cancer Incorporated.

Why does the FDA approve so many drugs?

Dr. Moss asked that question saying, “As many are being approved in one year as existed 35 years ago. Is constant progress being made in cancer treatment? No. Half of the drugs are given accelerated approval.”

He said the FDA no longer demands proof of actual patient benefit from the drugs but rather uses sleight of hand that’s like a three-card Monte game, deliberately confusing “progression-free survival” with overall survival.

“Progression-free survival” is nothing more than the chance of staying free of disease progression, and not how long a patient actually lives, so it’s virtually meaningless.

Even if a clinical trial produces a positive result, that result is unlikely to be replicated in the general population (which includes quite a few “lemons”). He said researchers manipulate data, because frankly, they’re paid to deliver positive conclusions.

Congress, in the palm of Big Pharma’s hand

At one time, Dr. Moss said that 1,300 lobbyists from Big Pharma roamed the halls of Congress — that’s three lobbyists for each congressman!

“They brought suitcases full of cash,” Dr. Moss explained. “This will come crashing down on the heads of Big Pharma, but probably not any time soon.”

Dr. Moss proposed a sweeping, controversial recommendation to take the profit out of cancer treatment: nationalize the cancer industry.

He said, “Profitability isn’t working. Until you uncouple cancer drug development from the profit motive, we’ll never have a clear picture, just a rosy picture of a ‘cure around the corner.’”

While I believe Dr. Moss is right about the corruption and profits-over-patients mindset of the cancer industry, I don’t agree with his idea to nationalize the cancer treatment system.

Frankly, neither do many of the natural and alternative cancer doctors that I’ve heard from. For instance, his idea sparked sharp dissent from one of Mexico’s top cancer doctors, Dr. Rodrigo Rodriguez, M.D., founder of International BioCare Hospital.

He explained that it would be a “mistake” for the government to take over cancer research because incompetent bureaucrats would be in charge of it.

If you’d like to read Dr. Moss’s new, 250 page book, Cancer Incorporated, you can download it for free in PDF format at his website, MossReports.com. The same book is also available in paperback form for $20.