“Cannabis Cures Cancer Without the High” 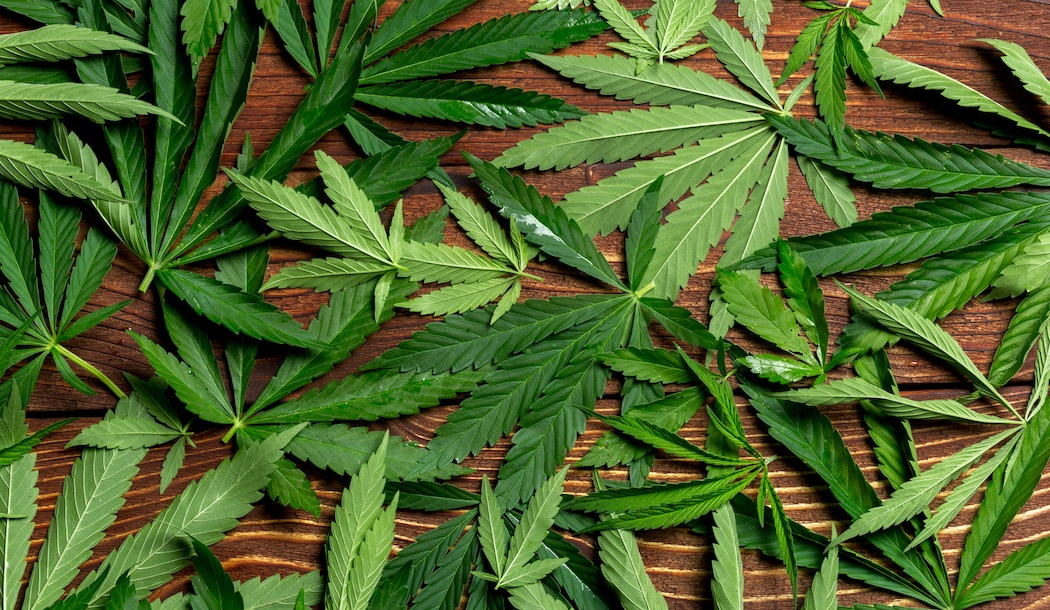 This is the second of two reports about the 2018 Cancer Control Convention and Doctors’ Symposium, held over Labor Day weekend at the Glendale Hilton Hotel in Glendale, California.

It seems like CBD oil, a cannabis derivative, has swept the nation faster than anything since the Beatles appeared on Ed Sullivan. My mailbox is packed with offers from various companies to buy this “medical miracle.”

Dr. Earl Mindell, Ph.D., is an expert on herbal medicine who’s been around a long time and, in my opinion, is a reliable source. He spoke about CBD oil at the recent Cancer Control Society meeting in the Los Angeles area. Keep reading to get an honest take on this new treatment. . .

It appears the hype may be justified.

In fact, Dr. Mindell has just come out with a new book called Healing with Hemp CBD Oil: A Simple Guide to Using Powerful and Proven Health Benefits of CBD. (CBD is short for cannabidiol.) He told the audience, “CBD is going to be the biggest supplement of the 21st century!” He also predicted that hemp would become legally separated from the other form of cannabis, marijuana.

There’s a lot of confusion about marijuana, cannabis, hemp, THC, and CBD. Dr. Mindell remarked that some people think CBD is a TV network, which evoked some laughter.

Are hemp and marijuana the same? No. They’re two different varieties of cannabis. Nobody ever got high from smoking hemp. The marijuana high is caused by THC, which is not found in hemp. THC does have medicinal properties, but so does CBD, without the mind-altering effects.

CBD oil can be extracted from both hemp and from marijuana, but in neither case does CBD oil make people high.

Unlike the pharmaceutical drugs advertised constantly on TV, which often include death as one of the side effects, CBD oil is apparently a safe, natural substance. In fact, Dr. Mindell explained that from 1850 to 1937, cannabis was the hottest thing going in pharmaceuticals. Cannabis was a popular remedy for pain during those years. In 1906, Bayer aspirin tried to capture a share of the painkiller market from cannabis.

The drug companies viewed cannabis as a threat to their business and wanted it removed from the market. In addition, DuPont came out with a new product known as nylon and viewed hemp as an unwanted competitor.

Then came the newspaper magnate William Randolph Hearst, who wanted to stamp out the hemp industry to punish Mexico, a major producer of hemp, for stealing his valuable timberland there. The Hearst papers had a way of getting what they wanted.

In 1937 Congress passed an anti-cannabis law that killed the industry.

Hemp is often tarred with a broad brush along with marijuana/THC, even though there’s no legitimate moral or medical problem with hemp. Hemp is as American as apple pie. George Washington grew it. Jefferson grew it. The first two drafts of the Declaration of Independence were written on hemp paper.

There are many medicinal uses for CBD oil derived from hemp. Dr. Mindell said that CBD inhibits cancer cells. It promotes good sleep, which is especially important for cancer patients. And it relieves nausea, a common problem for cancer patients undergoing chemotherapy.

Inflammation is at the root of the degenerative diseases that are causing so many people to die early such as cancer, heart disease, auto-immune disorders, and dementia. CBD has a powerful anti-inflammatory effect.

Dr. Mindell urged everyone to become a label reader in order to avoid buying an inferior CBD product: “Check the label for third party certification of the content.” He recommended a dosage of 20 to 50 milligrams per day — “or higher if you have problems. For the higher amounts, work with a practitioner who knows what they’re doing.”

Dr. Mindell said, “You may need less drugs or fewer drugs with CBD. The pharmaceutical people don’t like that. They want you to die slowly and take a lot of drugs on your way out. Most drugs consumed are in the last two weeks of life.

“You may think that you go to your physician for health info. No, you don’t. They don’t know anything about health. They learn their profession in a drug factory. The average patient in a hospital gets 14 drugs per day. Wake up! Start to realize that YOU are in control of your health.”

Dr. James Forsythe, M.D., of Reno, Nevada, affirmed Dr. Mindell’s enthusiasm for CBD, but he believes hemp CBD “can be effective for cancer when combined with THC. The marijuana oils help keep cancer away.”

Women are dying of cancer for fashion

Another speaker at the Cancer Control Society, Dr. Sydney Ross Singer, M.D., is a specialist in medical anthropology. He investigates the cultural causes of disease, and he has come to the startling conclusion that fashion is a cause of many breast cancers. In his talk he took specific aim at the brassiere and its impact on women’s health.

Noting that the lymphatic system is the circulatory mechanism of the immune system, Dr. Singer said that restricting the flow of lymph increases cancer risk. Certain lymph nodes, particularly the lymph nodes in the axillary (armpit) area, can easily be compressed by a bra, which often causes chronic, mild lymphedema.

Dr. Singer said, “There’s no medical reason for bras. There’s no flaw in the female body that requires bra support. The female body naturally gives the right support to breasts without the aid of bras. Everything tight is bad for you.

“Let your clothes fit your body, not vice versa. The gay men who design and dictate fashions for women, such as bras and high-heel shoes, don’t take consideration of the negative impact of these fashions on women’s health. Avoid tight clothing! Red marks on the skin after a bra is removed is a screaming clue that the bra is too restrictive. Women who sleep in bras are asking for trouble!”

Dr. Singer is encouraged to see that fashions are gradually changing, and he showed slides of music stars and other celebrities who are now going bra-free. Rather than restriction and confinement, he encourages movement of the breasts by massage or bouncing or both, because “breast movement flushes the lymphatic system.”

For women who are concerned that going bra-free would cause their breasts to droop, he said, “Breasts lift naturally when the ligaments that support the breasts become toned again.”

Dr. Singer is the author of Dressed to Kill: The Link Between Breast Cancer and Bras. His website is BrasAndBreastCancer.org.

Dr. Martin Pall, Ph.D., declared that the industry that manufactures and sells cell phones and other devices that emit electromagnetic frequencies (EMFs) ignores the evidence that even low levels of exposure — levels considered “safe” — can cause cancer and other health problems

He cited the studies the industry ignores, such as:

To put it bluntly, we’re living in a wireless hell that may shatter our health and even destroy our whole civilization.

Threatens the existence of entire nations

Cancer is only one of the negative effects of EMFs. Dr. Pall said his No. 1 concern is the negative effect on fertility. He warned that we could see a population implosion and ultimate extinction of entire populations in technologically advanced countries within a short period of time.

As strong evidence to back up this shocking warning, he noted that sperm counts in men who live in technologically advanced countries have already dropped to 50 percent below normal. Scientists have long been speculating on the causes. Prof. Pall believes it could well be EMFs.

Dr. Pall asked the $64,000 question: “Are we going to see this in human populations?” He pointed out that, unlike the mice in the experiment, people are exposed to different levels of EMFs, so a complete reproductive crash isn’t going to happen to everyone all at once.

Most alarming is what’s happening in Singapore, Macau, and South Korea. Each of these countries has had low reproductive rates for quite some time — well below 60 percent of replacement levels — but each country had a big drop in fertility in just one year (2017)!

Singapore’s drop was 31 percent, Macau’s drop was 26 percent, and South Korea’s drop was 11 percent — all of which happened in 2017. And it continues. South Korea had another drop of nine percent in the first half of 2018 — nearly a 20 percent drop in just 18 months.

Dr. Pall said, “These huge, gigantic effects may be the first examples of a crash in human reproduction. If so, lots of other countries will follow suit in the near future. Within five years we may have lots of countries without a future. While EMFs aren’t proven to be the culprit, there’s no other likely suspect. These are the kinds of risks we’re taking. It’s absolutely stunning!”

This EMF threat is so grave, we’re planning to devote the next three issues of Cancer Defeated to this subject, and what you can do protect yourself and your family.

Our last issue also covered the Cancer Control Society Convention. If you missed the article, it’s running again below.