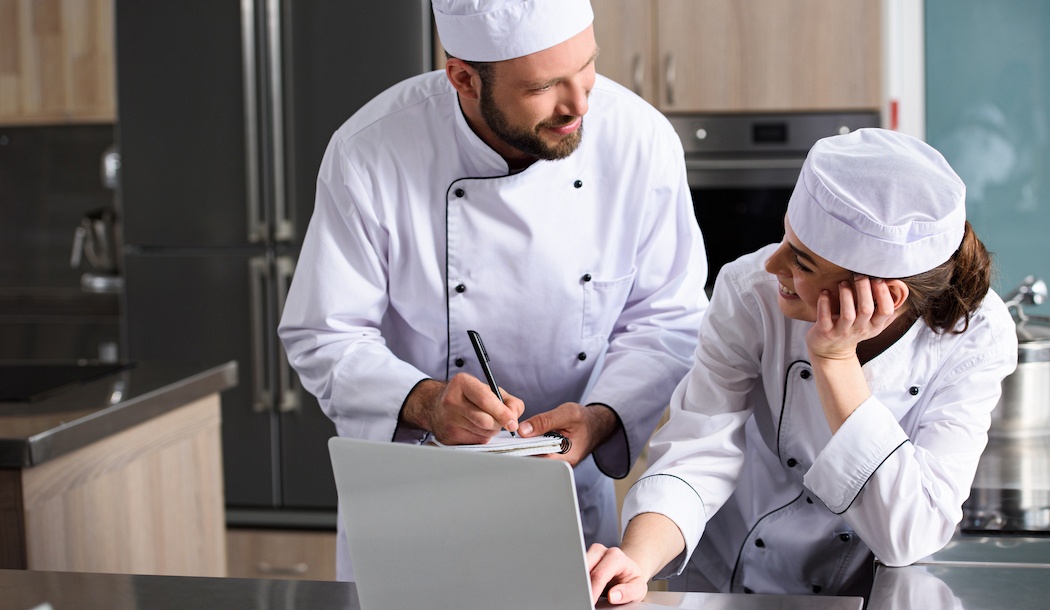 Any chef worth his or her salt has numerous “secret” recipes that rely on an array of spices to flavor their prized culinary creations. But many spices do more than just add flavor, they can add a wealth of medicinal benefits too, from fighting inflammation to curbing cancer.

Spices have been treasured throughout history for their culinary, medicinal, and cosmetic properties. Starting around 130 BC they were bought and sold along the famous Silk Road, a network of trade routes connecting China and the Far East with the Middle East and Europe. Spices were also sought after by early maritime explorers who risked life and limb to fill their ships with them; likewise they were documented in early medical textbooks as agents of healing.

But what do herbs and spices have to do with cancer prevention and treatment today?

Antioxidants are one of nature’s most powerful cancer-fighters and certain spices have them in abundance. The antioxidants in these spices affect various cellular processes linked to the risk of cancer. Research has shown that some spices have the ability to:

What’s more, you don’t need a lot to get great results. All it takes is about 1/5 teaspoon per day (1 gram) to boost your antioxidant intake. As if that wasn’t enough, their low toxicity and awesome flavors make them especially easy to consume.

Our top 11 anti-cancer spices to include
with meals

More than 180 spice compounds have noted health benefits. When it comes to cancer, there are 11 that come out on top.

The main spice in Indian curry may be the most powerful herb ever, mostly because of its antioxidant polyphenol curcumin.

More than 12,500 peer-reviewed articles place curcumin or turmeric atop the list of medicinal herbs.

Studies show that it fights inflammation and can prevent or even treat cancers. What’s more, turmeric or curcumin can boost skin health, reduce the number of fat cells, stop blood clots and is reportedly 400 times more effective than Metformin for diabetes, and more.

For better absorption mix black pepper with turmeric and use as a dry rub or add to soups, stews, and sauces. You can also take curcumin supplements, although research indicates it’s better to take a full range of turmeric curcuminoids, not just this one extract. With that end in view, our sister company Green Valley Natural Solutions provides a complete menu of turmeric compounds, along with other herbal anti-inflammatories, in its Triple Joint Relief Gold supplement.

Ginger root contains several anticancer compounds that have been studied both in vitro and in vivo. We recently wrote about one of them, gingerol, and its ability to prevent or suppress cancer growth in various cancers, including lymphoma, hepatoma, colorectal cancer, breast cancer, skin cancer, liver cancer, and bladder cancer.

If all the facts were known, ginger might even be superior to turmeric. I suspect it’s underrated.

The most likely mechanisms behind ginger’s effects against cancer include its antioxidant activity, ability to induce apoptosis (cancer cell death) and decrease cancer spread, tendency to cause cell-cycle arrest, and knack for suppressing proteins and signaling pathways that allow cancer to grow. More specifically, ginger extract appears to be effective in slowing cancer’s growth and development.

In a handful of studies, gingerol effectively slowed the growth of colon tumors, human lung cancer cells, and human breast cancer cells. The extract also killed the cells in a dose-response manner by inducing apoptosis and limiting the expression of genes that are involved in cancer’s growth and spread.

Something similar happened with ovarian cells. While normal ovarian cells are not affected by ginger extract, tumor cell lines meet their death at the hands of this potent remedy. Ginger did the same thing for endometrial cancer cells. And when it came to pancreatic cancer cells, ginger extract effectively suppressed cell cycle progression and prompted cell death. The extract even stopped the tumor growth of human pancreatic cancer in a host animal.

Ginger is also used as an herbal remedy for nausea and stomach upset, and as an appetite stimulant.

To enjoy the benefits of ginger you can steep several thin slices in hot water for ten minutes to make a soothing tea. Add turmeric for more potency. Ginger is also available as a supplement.

The research shows that cayenne pepper alters the expression of genes involved in cancer’s development including cancer cell survival and growth, angiogenesis, and metastasis.

Cayenne pepper is great in soups, on meats, eggs, popcorn and in dips.

This herb is part of the mint family and contains carvacrol, a strong bioactive substance. The research suggests that carvacrol induces apoptosis in stomach cancer.

What’s more, a University of Michigan study found that the combination of pepper and turmeric inhibits breast tumor growth without destroying healthy cells.

You can add pepper to almost anything, especially savory dishes from eggs and meat to soups and casseroles. It also makes a good substitute for table salt.

Garlic is actually a vegetable in the allium family. Its cousins include onions, shallots, scallions, and leeks. Garlic contains organosulfur compounds that boost your immune system and fight cancer.

Garlic’s medicinal properties have been widely known and accepted for about 5,000 years and were referenced in the Bible and other ancient texts.

As almost every cook knows, it’s a versatile cooking essential that can go into almost anything with a savory flavor.

Basil also fights viral infections, such as hepatitis B, which is important because hepatitis B is linked to an increased risk of certain cancers.

To take advantage of basil’s healing benefits try making a pesto with fresh basil. Freeze in ice cube trays, pop them into a freezer bag when frozen, and use during the next year.

I love pesto and eat it by the ton.

This rich-tasting spice is popular in Middle Eastern and Asian cuisine. Cumin contains apigenin and luteolin, which are naturally occurring antioxidants. Researchers believe these antioxidants are one reason cumin tested as one of the most powerful anticancer spices, out of nine tested.

In addition, cumin helps control blood sugar and fights bacteria and parasites. On top of that, it aids in weight loss, relieves IBS, boosts memory, and more. It seems like cumin does everything but tuck you in at night read you a bedtime story.

Cumin is a great addition to lamb, lentils, and chicken, as well as soups and stews.

Cinnamon is widely used in Chinese medicine. Studies show that it maintains cellular integrity and protects against oxidative damage that can cause cancer. In addition, cinnamon induces cancer cell death and is shown to suppress the growth of H. pylori, a bacterium that’s a recognized risk factor for gastric cancer.

Cinnamon can also help balance blood sugar to lower the risk of diabetes and heart disease. Diabetes is a major risk factor for cancer. Plus, studies suggest cinnamon can reduce the risk of Alzheimer’s disease.

Cinnamon is great for sprinkling on yogurt, oatmeal, raw or cooked fruit and inside shakes or smoothies.

You can enjoy dried allspice in chai tea or sprinkle on roasted vegetables and poultry. You can also add it to sweet dishes for a deeper spiciness (i.e., gingerbread, apple pie).

The studies suggest that cloves may improve your tissues’ ability to detoxify from foreign compounds that could lead to the formation of cancer.

Cloves bring a hint of spiciness and flavor to baked ham. They’re a great addition to anything with tomatoes and can also be added to mulled cider, baked apples, pumpkin pie, homemade granola, and more.

While summer has drawn to a close, grilling season is still in full swing in many parts of the country. And if you choose to grill, here’s some important good news…

As I mentioned earlier when telling you about black pepper, marinating your food prior to frying or grilling can help make it healthier.

A Kansas State University study found that a number of spices almost completely eliminate the formation of cancer-causing HCA compounds from meats and fish. This is particularly true of black pepper, which drove HCAs almost to zero. However, you need to use quite a bit of pepper.

Alternatively use black pepper combined with oregano, garlic, and whatever else suits your fancy.

One of the big changes during the coronavirus pandemic has been more and more people using their home kitchens to try new dishes, even those from other cultures.

I encourage you to experiment with these eleven spices. Search the internet for new recipes and start using new spices or old spices in new ways and new combinations.

There isn’t a tastier way to fight cancer with food.