Chemical Found in Over 2,000 Household Products Linked to Colon Disease 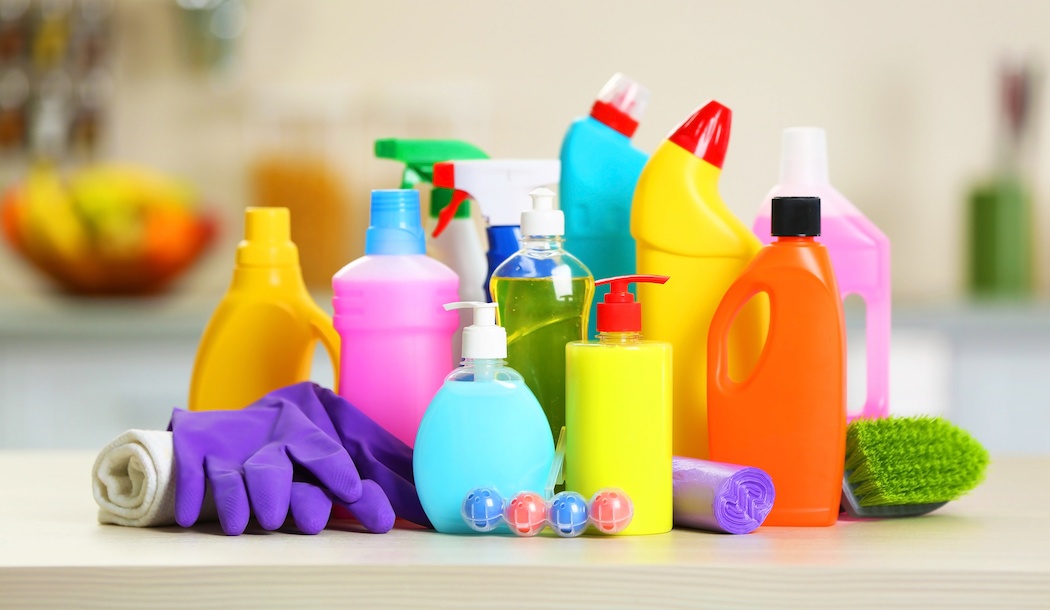 It’s a shame more people didn’t heed the warnings of Sir Alexander Fleming when he won the Nobel Prize in Physiology or Medicine.

Fleming, who discovered penicillin, brushed off pronouncements of its being a “miracle drug” and ending all infectious disease. Instead, his acceptance speech hailed bacteria as a powerful life force and warned us that bacteria would develop resistance to antibiotics in the future and that the drugs would produce unwanted complications.

He also lifted the veil and gave us a glimpse of antimicrobials. And what are they? Keep reading. . .

Antibiotics like penicillin are drugs that kill bacteria. Antimicrobials, however, are a somewhat larger group. They’re drugs that kill the growth of microbes in general – including bacteria, viruses, fungi, and higher-order parasites.

Unlike antibiotics, which are extracted from microorganisms, antimicrobial substances can be synthetic, derived from plants, or be a mixture of the two.

It was the effort to fend off harmful organisms that prompted chemical companies around the globe to develop antimicrobials for commercial use. And that’s what led Swiss company Ciba-Geigy (now Novartis), to develop the chemical triclosan (TCS) in 1964.

While triclosan started off as a useful hospital scrub in the 1970s, it’s since become ubiquitous in our household products. Bad news, because triclosan is being linked to a rising number of health concerns – the latest of which is colon cancer.

There’s probably some triclosan inside of you right now

Triclosan is one of the chemicals that run our modern world. You’ll find it in personal products like toothpaste, deodorant, mouthwash, shampoo, and cosmetics.

Obviously, there’s a good side to triclosan – that’s why it’s used so widely. The triclosan-sutures reduce the risk of infection at surgical sites. In toothpastes, it reduces dental plaque and gingival inflammation by more than one-fifth. Added to soap, it kills slightly more bacteria when you wash your hands.

That all sounds fine, until you consider that triclosan accumulates inside our bodies. One study found at least three people out of four have triclosan in their urine. In fact, one study found it in 97% of breast milk samples.

Large volumes of triclosan have also been detected in river water, sediment, drinking water resources, and organic wastewater. This puts it up there in the ranks of the top contaminants worldwide.

But the question is… does it affect our health? The answer is a resounding yes. Here’s the latest proof…

A groundbreaking recent study from the University of Massachusetts Amherst and 13 other participating universities directly tied triclosan to colon inflammation.

Led by postdoctoral researcher Haixia Yang, the study began by testing the effects of triclosan on healthy mice. Low-grade inflammation was the result.

Following that, the researchers induced gut inflammation in mice using other chemicals, then put them on a three-week diet that included a low dose of triclosan.

At this point, a skeptic could argue that the scientists were working with mice, not humans, or that the dosing was off. While it’s true that results in animals don’t necessarily translate to humans, this next part is what most rattles me. The researchers gave the mice triclosan doses that resembled the concentrations commonly found in human blood plasma, and not higher.

After doing so, the colon inflammation levels in the mice grew much worse. It also caused the mice to develop colitis, which is a type of inflammation that brings about rectal bleeding, abdominal pain, diarrhea, and tumor development.

For one group of test mice, triclosan significantly shortened their lifespans. It also increased the seriousness of colitis and prompted colon cancer cell growth.

How triclosan can lead to cancer

So how is it that triclosan causes harm? The same group of researchers hypothesized that the chemical was messing with gut flora, which makes sense when you consider its main purpose is to kill bacteria.

It’s fascinating to learn that the mice that suffered the worst inflammation from exposure to triclosan had a much lower variety of microbes in their gut, including lower populations of good bacteria like Bifidobacterium.

Co-researchers on this team from the University of Wisconsin-Madison performed similar tests with triclosan on mice with zero gut bacteria, called “germ-free mice.” Interestingly, the triclosan seemed to have zero effect on those animals.

The researchers concluded that triclosan brings about harmful effects when it alters your gut microbiome, and not necessarily by directly acting on your tissues.

I’ve written a lot lately on the thriving research field of gut health and its links to inflammation and cancer, and these findings add more evidence.

While we wait for “greener” antimicrobials, do this

With triclosan in so many thousands of products in our world, one can hope for further research and better regulation, but don’t hold your breath. Maybe it’s useful and necessary in hospitals, but there’s really no benefit to anyone to have it in personal care products.

You can keep your hands clean enough with basic soap. And your teeth will do well enough with natural forms of toothpaste.

I’ve read that scientists are hard at work devising greener, biodegradable, more sustainable antimicrobials, but the best we can do in the meantime is to use organic and natural products as much as possible, to reduce the levels of triclosan in our bodies.

And please be aware that “natural” on the label means nothing. I mean you have to dig in to the facts and figure out for yourself if the product is laden with chemicals. “Organic,” on the other hand, is a controlled term that means something.

On the flipside, eating a diet high in various types of fiber and fermented foods, and taking probiotic supplements, will make a big difference in keeping your gut health balanced and fending off inflammation induced by triclosan (and many other causes, too).