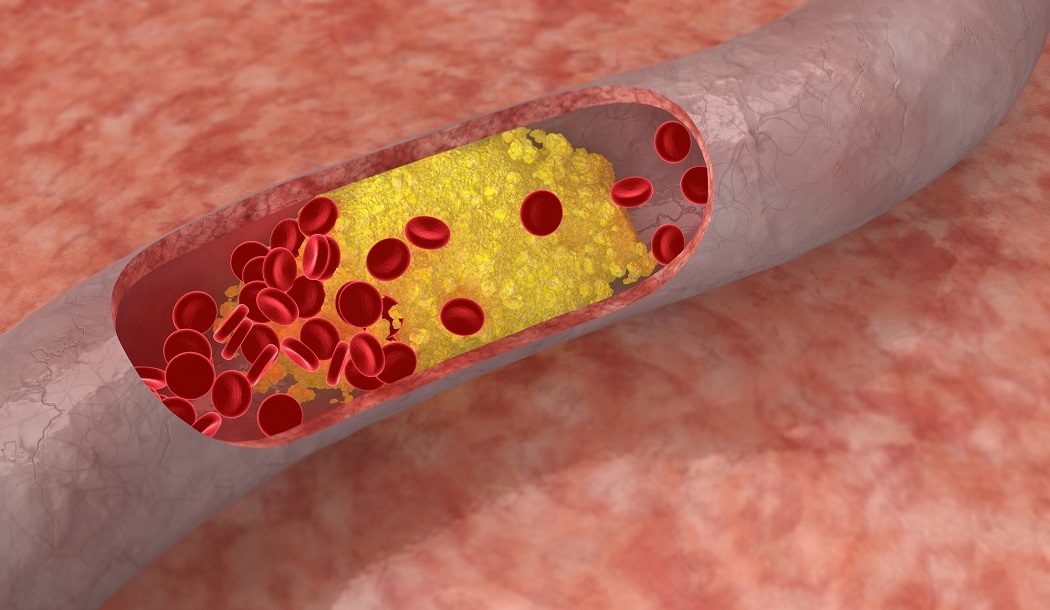 Truth is, researchers are still investigating how the body uses various types of cholesterol that the liver makes and releases into the blood. (Yes, in case you didn’t know, you make most of your cholesterol yourself. It doesn’t come from the food you eat.)

And there’s a good chance that having low cholesterol signifies almost nothing about your heart health but may actually indicate that you have a potentially life-threatening cancer growing somewhere in your body.

Research shows some types of cancer cells apparently suck cholesterol out of the bloodstream and use it as fuel for growth. In addition, some cancer cells also use cholesterol to hide themselves and avoid being destroyed by the body’s anti-cancer defenses.

So, if your cholesterol is low, it may be a sign that cancerous cells are busy forming a tumor in one of your organs.

Added to that, investigations into cholesterol have not established what a serum cholesterol analysis – i.e. a blood test — necessarily means for your health today and in the future.

So, when drug companies and mainstream doctors push the idea that millions of people should be taking drugs like statins to lower LDL cholesterol (the supposedly “bad” type of cholesterol), quite a few researchers believe they may be condemning many of those statin-takers to a cancer diagnosis somewhere down the road.

If there’s even an inkling that low cholesterol is connected to cancer, well that’s something we all need to watch out for!

Questioning the effects of cholesterol
and statins in cancer development

A complicating factor in unraveling the relationship between cholesterol and cancer, as well as the statin drugs used to reduce cholesterol, is time. It’s a medical fact that when a substance is linked to cancer, the cancerous growth may take decades to show itself. And most medical studies don’t last for decades.

So, if a statin is causing a long-term risk for cancer, chances are a study that only lasts a few years won’t show that result.

When researchers from Sweden reviewed studies about the link between low cholesterol and cancer, studies that collectively involved about 140,000 people for a span of ten to thirty years have shown that as cholesterol levels drop your cancer risk generally goes up.1

Swedish researchers also point out that in early studies on statins, the clinical trials that lowered LDL cholesterol with a statin called simvastatin increased the incidence of non-melanoma skin cancer.2 And that when another statin was tested on older people in their 70s and 80s, the people taking that drug also experienced an increased risk of cancer.3

Other types of cancer that, the researchers say, increased in various statin studies include:4

Another wrinkle in the possible relationship between cholesterol and cancer appears in studies of HDL, which is often considered the “good” cholesterol that protects your heart and arteries (although even the evidence for that is inconsistent). Turns out the so-called good cholesterol may help cancer cells grow and expand into larger tumors. In comparison, having high LDL (so-called “bad” cholesterol) can lower cancer risk.

A study at Tufts Medical Center investigated people who did not take statins but who had low LDL cholesterol. The findings demonstrated that a lack of LDL meant a higher risk for cancer.

“We wanted to take those medications (statins) out of the equation and just look at the link between cancer and low LDL-cholesterol itself in people who had never taken statins or other cholesterol-lowering drugs,” says researcher Paul Michael Lavigne.

In this research, Dr. Lavigne and his colleagues gathered data taken from the well-known Framingham heart study – which began in 1948 – and checked the cholesterol readings and incidence of cancer among people in the study over the course of 19 years.

In their analysis, the researchers discovered that the folks examined in this study who developed cancer during this time consistently had lower LDLs than those who were cancer-free.8

At the same time, a study on HDL cholesterol (remember, that’s supposed to be the good stuff) shows that it helps breast cancer cells gain expanded access to nutrients from the blood supply for faster tumor growth.

Scientists at Thomas Jefferson University in Philadelphia point out in their published research that “transformed (cancerous) cells may require or utilize more cholesterol than normal cells, and this may be associated with their increased rate of proliferation.”

In discussing their lab study, the Thomas Jefferson researchers describe the complicated ways in which HDL cholesterol can help promote the formation of extra blood vessels (a process called angiogenisis) that feed tumor cells.  They concluded that “plasma cholesterol is an important determinant involved in the control of breast cancer.”9

The jury’s still out on statin drugs causing cancer,
but it’s a risk I’m not taking

Now, I’d be remiss if I didn’t include the fact that some research seems to turn up evidence that under certain circumstances, statins may help fight cancer. For instance, a ten-year study in Sweden found that taking a certain type of statin reduced the risk of developing and dying from liver cancer.10

And a study at Duke found that in men being treated for prostate cancer, having lower total cholesterol lowers the risk of the cancer coming back. And using statins, in the research at Duke, seemed to reduce the aggressiveness of the cancer.11

What all this means is that the precise details of how cholesterol affects your health and cancer risk may depend on your genetics or other complicated factors that researchers have not yet sorted out.

In my view, your best bet is to lead an anti-cancer and heart-supporting lifestyle rather than staying focused on your cholesterol to the exclusion of other factors. Get plenty of exercise. Eat lots of fruits and vegetables. Don’t smoke.

And if your doctor wants to give you statins, ask him why he thinks you need them. I’ll bet he doesn’t have a good grasp of all the research into these problematic drugs and doesn’t understand the uncertainties. One “uncertainty” we’ve mentioned in the past is the link between statin drugs and dementia.

I can’t tell you what you should do about your health. But I can tell you that I don’t take statin drugs. My cholesterol is high – it’s a bit worrying, given the fact that doctors harp about it nonstop – but statins look like a bigger risk to me.