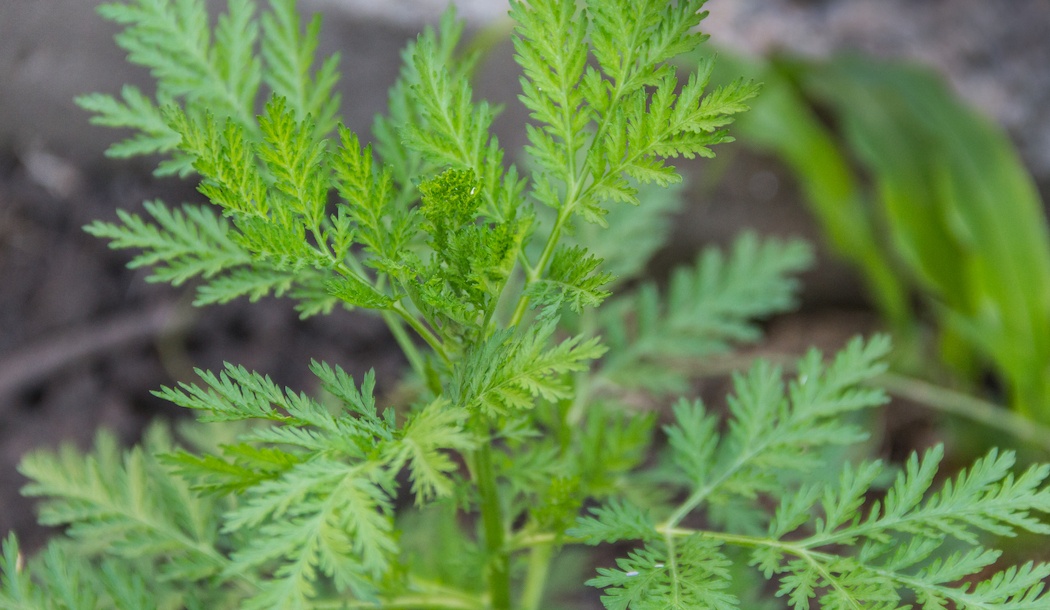 Ever heard of wormwood or mugwort? Although they may sound like characters from a Harry Potter novel, they’re really common names of the Artemisia annua plant that some researchers now know is an effective, natural cancer treatment.

If you’re like me and enjoy gardening, then you probably grow some Artemisia in your garden beds. It doesn’t produce a flower, but it has beautiful silver foliage.

There are many different varieties, and I haven’t researched whether the ones people grow at home have any medicinal uses, so don’t go experimenting on yourself. This article is only about one specific species, Artemisia annua, and its amazing benefits for cancer patients.

The studies I’m going to describe used extracts, not the whole leaf or root.

The research involving these extracts and cancer treatment is even more exciting than the older evidence about treating malaria. Artemisia may be a good way to put cancer cells on a suicide watch!

In a University of Washington statement, research professors Henry Lai and Narendra Singh said the plant compound artemisinin is “highly toxic to the cancer cells but has a marginal impact on normal breast cells.”2

In a nutshell, wormwood is a highly skilled cancer assassin that can take out cancer cells without collateral damage. But how does it work?

Using the malaria parasite scientists have shown that artemisinin reacts to high iron concentrations found in its cells, creating a chemical reaction. This produces a type of free radical that attacks cell membranes of the parasite. After breaking down a malaria parasite’s cell walls, the artemisinin compound invades the cells and kills the microbe.

Because cancer cells also have high iron concentrations, Professor Lai had a hunch that this same tactic might work on cancer cells, too.

“Cancer cells need a lot of iron to replicate DNA when they divide,” Prof. Lai explained. “When we began to understand how artemisinin worked, I started wondering if we could use that knowledge to target cancer cells.”

Professors Lai and Singh knew that cancer cell surfaces—including breast cancer cells—have a greater amount of transferrin receptors than do healthy cells. These are the pathways that allow iron into a cell.

The researchers’ goal was to pump cancer cells full of iron—then send in the infantry.

They exposed normal and cancerous cells to three different compounds:

There was no major difference in cells exposed to just one compound. But they noticed a dramatic effect when cancer cells received the double whammy of holotransferrin then dihydroartemisinin.

In about eight hours, 75 percent of the cancer cells were gone. And after 16 hours nearly ALL the cells were dead!

And get this: Professors Lai and Singh noticed that most normal breast cells did NOT die! This proves the treatment selectively targets abnormal cells—and does so safely.

In addition, the extract has proven powerful against bone and blood cancers as well as oral cancers.

Leukemia is cancer of the blood or bone marrow. Scientists have found that leukemia cells have 1,000 times the iron concentration of normal cells. That makes them a perfect candidate for artemisinin.

In a study reported in the Cancer Letters journal, Prof. Lai found that ALL leukemia cells exposed to the holotransferrin and dihydroartemisinin combination were destroyed within eight hours.4

That’s just half the time it took to kill nearly all the breast cancer cells!

What’s more, a case published in the Archive of Oncology reported on a 72-year-old man with cancer of the larynx who was successfully treated with the Artemisia extract called artesunate.

The man experienced hoarseness, difficulty swallowing food, and pain in his throat and ear because of a growth on the right side of his larynx. Researchers gave the patient artesunate injections and tablets over a period of nine months. The results?

The tumor in the man’s throat was reduced by about 70 percent after just TWO MONTHS of treatment. Plus, the patient regained his voice, appetite, and weight—with no adverse side effects reported.

These studies prove that artemisinin or wormwood is an ancient Asian remedy that shows promise as an effective cancer therapy. And according to Prof. Lai, the goal is to develop an inexpensive oral treatment that can be taken on an outpatient basis.

Meanwhile, in Madagascar, doctors are having success using artemisinin for the prevention and treatment of COVID-19.5