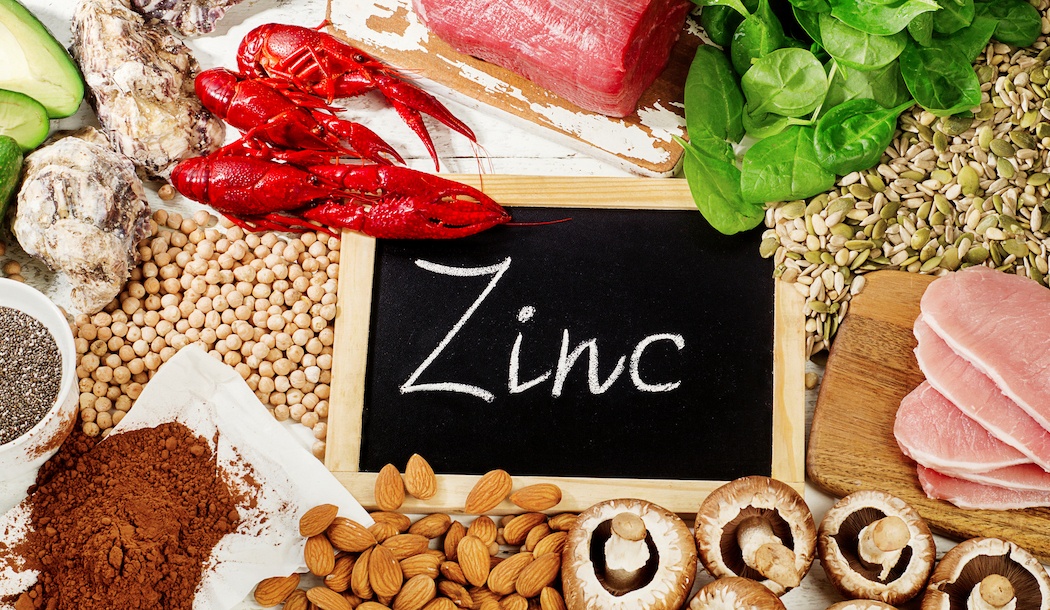 We’d all like to think stopping cancer could someday be as easy as swallowing a pill or even getting an injection, but it’s not that simple—at least not just yet.

According to David Kimball, former associate vice president of the Office of Translational Sciences at the Cancer Institute of New Jersey, a simple cancer treatment may one day be a reality. And it’s all because of a common mineral. . .

The breakthrough begins with a common mineral that’s often overlooked in the treatment of disease, especially cancer. I’m talking about zinc…

Most everybody knows that zinc is essential to human health. It’s in cells throughout your body. Zinc is found in proteins, DNA, and other genetic material, and it helps the immune system fight off any unwanted bacteria and viruses you might have picked up. Zinc is so helpful in fact that it’s a popular cold remedy around the world.

Zinc is also vital when it comes to a healthy pregnancy, infancy, childhood, and any kind of growth phase. The mineral also affects your sense of taste and smell and can help heal wounds.

But researchers at the Rutgers Cancer Institute of New Jersey and Princeton University’s prestigious Institute for Advance Studies recently figured out how zinc can also effectively “disable” solid-tumor cancers.

Zinc kills cancer from the inside out

Here’s how: Most solid-tumor cancers, including breast, pancreatic, prostate, and ovarian cancer, exist because of a protein called p53. Known as the “guardian of the genome,” p53 controls the natural, programmed cell death called apoptosis. If p53 sees stress within a cell, it makes the call to either fix the cell – called cellular reparation – or, if the damage is significant, it triggers cell death.

But when cancer is present, the gene that makes p53 is mutated or disabled. The mutated form of the p53 gene produces a damaged p53 protein that is no longer capable of signaling cell repair, so the protein can no longer intervene and trigger a cancer cell’s death. The protein effectively unfolds, which makes it stop working.

Incredibly, researchers recently discovered that raising the amount of zinc in a cancerous cell causes p53 protein to fold right back up and function normally. From there, the recovered p53 can recognize the damage done to the cell by cancer, and prompt apoptosis.

According to Darren Carpizo, a surgical oncologist at the Cancer Institute of New Jersey, zinc basically “un-mutates” p53 so it can start working again and kill off cancer cells. When the compound was tested on human tumor cell lines that have the p53 gene mutation, cancer cells died, and tumor growth was blocked.

The next step, say the researchers, is to come up with a molecule that efficiently raises zinc levels in a cancer cell by grabbing zinc from outside the cell, covering it, and passing it through to the cell membrane. This is key because zinc molecules can’t pass through a cell membrane on their own – they need to be covered by an organic molecule for protection.

It’s an exciting and promising discovery but there’s still much work to do. Researchers have already created over 40 potential zinc “carriers,” and soon plan to move on to testing in mouse models. From there, they’ll assess the most promising compounds and then work to develop them into a pharmaceutical drug.

The best thing you can do in the meantime is to supplement with zinc.

Data shows that zinc deficiencies may create fertile ground for head and neck cancer, and your immune system’s natural killer (NK) cells tend to be less functional when zinc levels are low.

So, along with helping decrease the likelihood of developing cancer, we now know that optimal zinc levels will improve your immune system and can help with apoptosis in diseased cells.

Authorities say the average man needs 11 mg of zinc per day, and women need eight mg (more if pregnant or breastfeeding). I think those recommendations are much too low. The best course of action is to seek treatment from a doctor who will test your blood for zinc levels (and for many other nutrients). Then you can supplement as much as needed – perhaps as much as 50 mg a day or more – to get yourself to a healthy level.

Getting zinc naturally in your diet

Your body has no natural way to store zinc, but the good news is you can find it in a lot of common foods. And foods are nearly always preferable to pills as a nutrient source.

Oysters are the best source for natural doses of zinc, but you’ll also find plenty in fortified breakfast cereal, poultry, red meat, and seafood (crab and lobsters in particular). If you’re not a meat fan, you can get a zinc boost from eating beans, nuts, whole grains, and most dairy products.

But if you’re a vegetarian, take note – the whole grains and legumes commonly eaten by vegetarians tend to bind zinc and keep your body from fully absorbing it. Some vegetarians need as much as 50 percent more than the recommended daily zinc allowance compared to non-vegetarians.

Check your daily vitamin to see how much zinc you’re already taking in supplement form. If you don’t take a separate, zinc-only supplement, it’s not likely you’re ingesting enough. Almost all multivitamins and mineral dietary supplements will have zinc. You can also find it in some nasal sprays and cold lozenges as well.

Outright zinc deficiency is rare in Western countries, but you should still be supplementing with it. It’s unlikely you’ll get too much, but signs of over-supplementing include nausea, vomiting, appetite loss, stomach cramps, headaches, and diarrhea. Zinc can also interfere with certain antibiotics, so you’ll want to take your zinc supplements at least two hours before or after taking any kind of antibiotics.