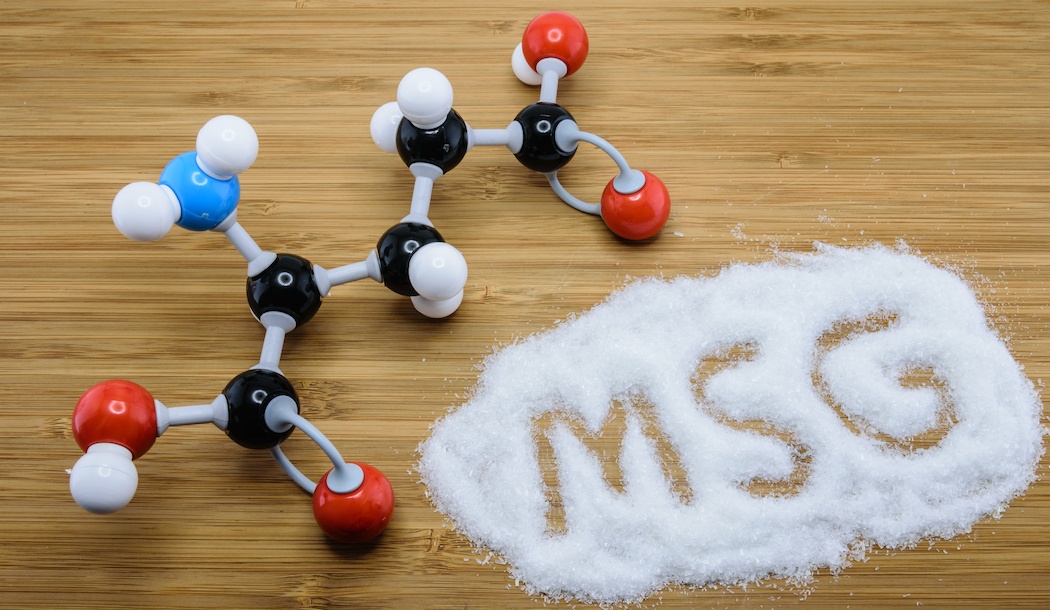 Most of us associate MSG – monosodium glutamate — with certain Chinese food restaurants or can’t-stop-eating potato chips. Neither is known for being healthy. But MSG has a much broader reach. In fact, it’s almost everywhere. It’s sprinkled on just about every packaged item the food industry finagles onto our grocery store shelves.

The damage MSG does to our health has been known for years. Yet some “experts” have recently come out and started recommending it again as safe, tasty, and (this is truly appalling) a great way to get kids to eat vegetables.

Back around the turn of the 20th century, a scientist from Japan named Kikunae Ikeda was trying to understand why dashi, a seaweed broth common in Japan, was so darn tasty. That led to his discovery of a way to isolate glutamic acid, which he then stabilized with salt.

The processing magic turned the glutamic acid into a small crystal formation, which is about as easy to sprinkle on food as salt and pepper

Ikeda patented this glutamic acid extraction method and started selling it commercially under the brand name Aji-no-moto, which remains popular today. In the U.S., we know it as monosodium glutamate, or MSG.

The best (yet worst) spice ever discovered

MSG has an intensely appealing, savory flavor – not too salty, not too sweet. That unique savory flavor is called “umami,” also known as the “fifth taste” (the other four are sweet, sour, bitter, and salty). Some describe umami as a brothy or meaty flavor.

So it’s no surprise that MSG has become a ubiquitous flavor staple, found everywhere from upscale restaurants to fast food dives to your next door neighbor’s kitchen cupboard.

Not only does the stuff taste good, it’s also highly addictive, cheap, and easy to get – the most deadly combination you can find when you’re talking about a recreational drug. And frankly, that’s exactly what it is – a drug masquerading as a food spice and with devastating consequences.

I’ve read about food “authorities” describing MSG as a “supersalt” you can sprinkle on anything to make it taste better, including those vegetables you can’t get your kids to eat.

Others say that MSG “occurs naturally” in certain foods, so you’re really just reaching for a natural flavor enhancer when you sprinkle it on your food.

Mainstream culture continues to ignore the disturbing health effects of MSG and even recommends it. But that’s completely WRONG.

Worse than the most addictive
drugs on the street

It’s glutamic acid – not MSG – that is the naturally occurring flavor. Glutamic acid absolutely does occur naturally in several kinds of foods, from tomatoes to Parmesan cheese to dried mushrooms to human breast milk. MSG is produced through hydrolysis – a manmade process, and the same one that was set into motion by good Mr. Ikeda a hundred years back.

The reality is, MSG is addictive.

The glutamate in MSG activates pleasure centers in the brain and has addictive properties just like many pharmaceutical and street drugs. When you couple hunger with MSG’s addictive potential, you have a substance that you may very well start consuming more and more of on a daily basis, and that’s bad news.

A review published in the Journal of Experimental and Clinical Sciences (EXCLI) found that the toxic effects of MSG include obesity, liver damage, reproductive malfunctions and central nervous processing disorders— all of these can be linked to a host of diseases of aging including cancer.

The researchers write “… people keep using ever larger amounts of MSG unaware of the possible consequences… If more substantive evidence of MSG-toxicity would be provided, a total ban on the use of MSG as a flavor enhancer would not be unwise to consider.”

These researchers are calling for more study into MSG’s damaging health effects before they take on the commercial food industry. However, the research that exists paints a devastating picture of what can happen in the body with MSG consumption.

A 2017 study from the journal Cell Biochemistry and Biofunction shows high levels of MSG cause severe damage in fruit flies and lead to premature death. And if you’re thinking a fruit fly study doesn’t matter much to humans, think again. The researchers were looking at antioxidant response to MSG – something that’s entirely relevant to human processes.

What they found was that flies fed MSG saw increases in their reactive oxygen levels, nitrogen levels, and catalase activity, among other things. More specifically, their lifespans were drastically reduced.

Here’s how that translates: MSG causes oxidative stress (free radical damage). Oxidative stress activates inflammatory pathways. This is what leads to the transformation of a normal cell to a tumor cell, and to enhanced tumor cell survival and proliferation.

This study alone has public health significance for humans, but it’s not the only one.

Another study shows that neonatal exposure to MSG interferes with early development of the auditory brainstem, leading to diminished auditory function.

I’ve seen other studies that link MSG to dermatitis in children, or that indicate links between allergic reactions, chronic hives, and MSG consumption.

Still other studies show MSG can even affect mood, leading to depressive behavior. It can prompt kidney damage, and messes with genetic material. It can even lead to chest pain.

The evidence is there, and it’s growing. And while it’ll take the FDA years to get its act together and connect the dots, you don’t have to sit idly by and watch your health go down the drain.

In the case of MSG it’s important to keep an eye out for food items that contain hidden levels. For instance, just looking for the words MSG on the label is not enough. The additive often goes by other names such as hydrolyzed protein, modified food starch, and maltodextrin.

If the list of ingredients is ten or fifteen items long, and contains chemical names whose meanings you don’t know, stay away from it.

The bottom line here is that you must sift through all this misinformation if you’re serious about protecting your health.

MSG is not a natural substance. You can’t walk outside and pick it from your garden. It’s a flavor enhancer used liberally by the food industry to get you to fall in love with their processed, packaged foods. They want you to keep coming back and buying their brand over and over and over again.

Trying to convince the public it’s natural is a kind of fuzzy half-truth.

If you want to make something taste good, then put Parmesan cheese on it. Or salt. Or start with a whole food that has its own good flavor. Skip the MSG. To avoid it entirely, steer clear of packaged and processed foods and reach for raw foods, like fruits, vegetables, nuts and organic meats.