Could this "Food of the Pharaohs" Be a Natural Cancer Killer? - Cancer Defeated 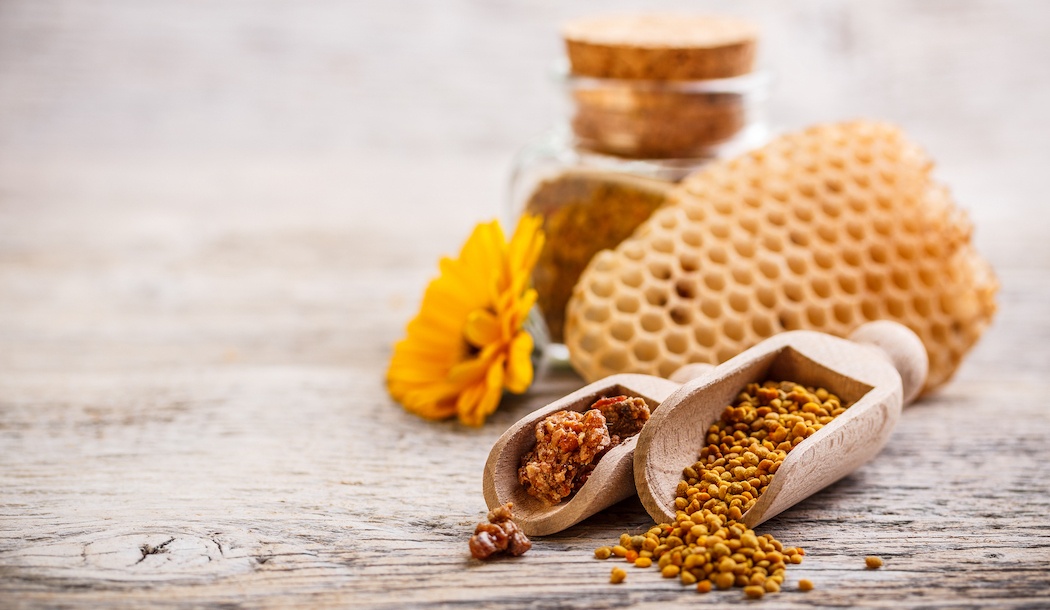 The ancient Egyptians believed their Pharaohs would need certain items in the afterlife, so they frequently buried them with these important objects. Of course we’ve all heard about the golden treasures and ornate furniture, chariots and even boats uncovered in ancient Egyptian tombs.

Amidst this vast array of wealth was something else that many people might overlook—grave robbers probably did— a superfood intended to provide the Pharaoh with energy and protection against illness.

Today we know this superfood can even fight cancer.

Bee pollen contains blended pollen grains that honeybees collect from a wide variety of plants. It seems the ancient Egyptians knew it was an amazing superfood that could provide sustenance the king needed on his journey into the netherworld.

Historical accounts show the Chinese have used bee pollen as a medicine for thousands of years. And the ancient Greeks and Romans reportedly called bee pollen “life giving dust” and the “secret ambrosia.”

So, what makes this byproduct of bee labors so amazing? Well, just start with the fact that it contains EVERY vitamin known to man! As if that’s not impressive enough—it also contains 22 nutrients and amino acids your body needs to function properly.

Studies now show that the mixtures of natural plant materials bees put together are helpful for both their own health as well as for humans, especially when it comes to stopping cancer.

One of the most important cancer-fighting compounds in bee pollen is propolis, a kind of gunky glue made from botanical materials and bee saliva which helps the insects fight off parasites and microbes. Bees make propolis from the resinous secretions of tree bark, flowers, buds and other plant parts to form a gluey substance they use to seal up, reinforce and protect their hives. What’s more, propolis is a powerful disinfectant that kills microbes that might otherwise infect the bees.

Bees of almost every species and location possess their own special variety of propolis. Each type depends on what trees are growing in the area near the hive. In general, though, the chief sources of propolis raw material include resins from oak, birch, pine, poplar, willow, coin vine, eucalyptus, chestnut and sweet gum.

To traditional healers, the powers of propolis are not exactly a secret. This substance has been harvested around the globe for quite a while.

As modern scientists play catch-up in investigating propolis, one of the most remarkable areas of research is in the way propolis fights cancer. Scientists believe this versatile bee product can:1

Some of the most exciting research has looked into how propolis can induce cancer cells to self-destruct in a process I’ve often written about called apoptosis.

According to researchers, when a substance like propolis causes cancer cells to do themselves in via apoptosis, the process is much less damaging to the body than simply killing cancer cells with drugs. The reason: when cancer cells are damaged and killed by an outside agent, the membrane of the dying cell ruptures and releases substances that damage surrounding cells.

The presence of debris from the dead cells then increases inflammation in the region. This brings in a flood of immune cells – and their accumulation can lead to further tissue damage.3

In contrast, apoptosis is a much more benign, contained series of changes that leave other adjacent healthy cells unharmed.

During apoptosis, the dying cancer cell shrinks and the remains of the dead cell stay surrounded within protective membranes. Eventually, those membrane-contained fragments are swept up and consumed by a variety of traveling immune cells that break them down and eliminate them without stimulating troublesome inflammation.

A number of studies showing how propolis can fight breast cancer have found that each of the different types of propolis from different parts of the world produces a multi-pronged attack on tumors.

For example, brown Cuban propolis has been shown to restrict the ability of breast cancer cells to reproduce – an effect that was only partially due to making some of the cells engage in apoptosis. The scientists found that propolis slowed cancer growth by interfering with what is called the “G1 phase of the cell cycle.” This is the first of four steps cells undertake in order to replicate themselves.

During the G1 phase, the cells prepare the proteins that are necessary for making a new cell. But the Cuban propolis stopped this process in its tracks so the cancer cells couldn’t continue their reproduction.4

Tests of extracts from Chinese propolis found similar results. It interfered with the cellular changes cancer cells have to undergo to reproduce, induced apoptosis in many cells and also restricted the ability of tumors to create new blood vessels that could supply them with nutrients.5

A substance commonly found in propolis — caffeic acid phenethyl ester, or CAPE (which I have discussed before) —has been investigated as a treatment for prostate cancer.6

Research at the Ben May Department for Cancer Research at the University of Chicago shows that CAPE stops the growth of early-stage prostate cancer by turning off the cancer cells’ system for locating nutrients.7

The Chicago lab tests showed that a daily mild dose of CAPE stops tumors from growing even if it doesn’t kill the cancer cells.

“After several weeks, if you stop the treatment, the tumors will begin to grow again at their original pace,” says researcher Richard B. Jones. “So it doesn’t kill the cancer, but it basically will indefinitely stop prostate cancer proliferation.”

The researchers found that even a small amount of CAPE, one that could be safely fed to lab animals indefinitely, effectively halted the growth of prostate cancer. An analysis of what was happening at a cellular level revealed that these small amounts of CAPE squelch the activity of proteins that help each cancer cell sense nearby nutrients. Without this sensory mechanism, the cells act as though nutrients are unavailable and stop growing and replicating.

“It appears that CAPE basically stops the ability of prostate cancer cells to sense that there’s nutrition available,” Prof. Jones says. “They stop all of the molecular signatures that would suggest that nutrition exists, and the cells no longer have that proliferative response to nutrition.”

Prof. Jones believes that his work can speed the mainstreaming of CAPE as a cancer treatment since his team has explained the mechanism that allows it to stymie prostate cancer.

Bees are in trouble

Ironically, these insights into the benefits of propolis and other bee products are arising at the same time as bees are in danger of being wiped out. Our mania for using pesticides and herbicides on farms and in our yards is putting extreme stress on these helpful insects.

That’s an important reason you should buy and consume organic food – it’s grown and produced without the chemicals that not only kill the plants and flowers bees need to live and feed themselves, but may directly kill bees and other pollinating insects.

And don’t spray your yard with poisons either. Without chemical treatments on your property, your health will improve as well as that of beneficial insects. Besides, there are other benefits.

The year after I convinced a friend to stop spraying and treating her yard, she found that her blueberry bushes suddenly yielded a surprisingly large crop. Maybe it was because more pollinating insects could now safely get to those bushes. And blueberries – like many other fruiting plants – depend on pollinators like bees to stimulate their fruit production.

The easiest way to benefit from bee pollen or bee propolis is through supplementation.

Many health food stores carry it in gelatin capsules, tablets, and granule formulas that you can sprinkle on your food.

This Simple Treatment Can Save Your Hair During Chemotherapy

The Hidden Truth About Sex and Cancer

Do Some People Have a Cancer-Prone Personality?

This Simple Treatment Can Save Your Hair During Chemotherapy

The Hidden Truth About Sex and Cancer

Do Some People Have a Cancer-Prone Personality?

Why Do Some Cancers Seemingly Disappear On Their Own?