Could this Marine Nutrient Explain the Low Incidence of Cancer in Japan? – Cancer Defeated

Could this Marine Nutrient Explain the Low Incidence of Cancer in Japan? 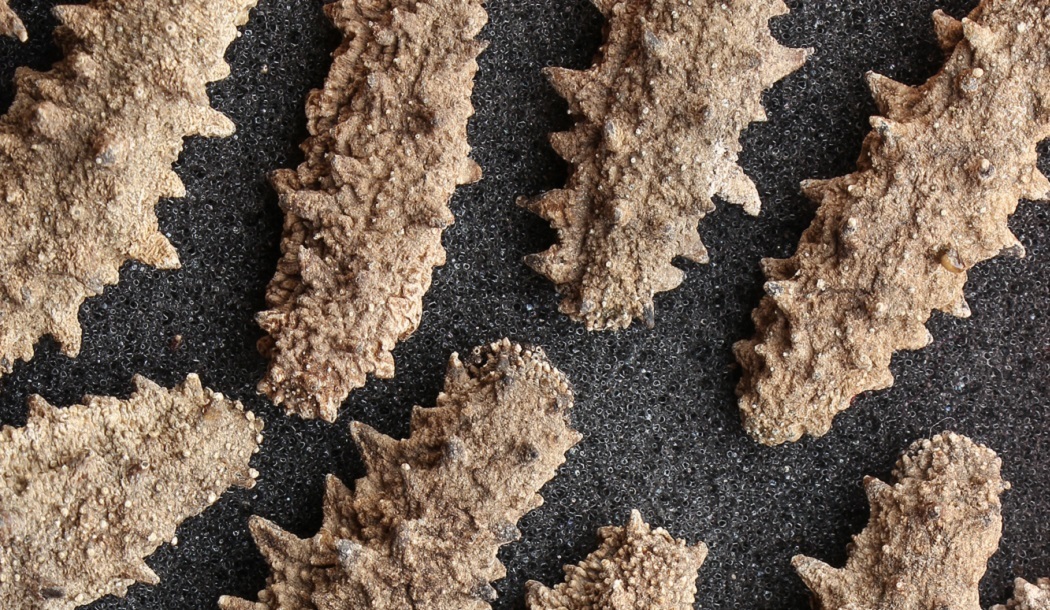 Most of us who have ever seen a heap of slimy green-brown plant matter washed up on a beach didn’t care much for the look of it, let alone think of eating it.

And yet that’s exactly what people in Asia do, where the Japanese have eaten brown seaweed called wakame for centuries.

Even for those who would rather give this mineral-rich plant a pass, it’s important to be aware that its slimy film contains an important chemical that’s been studied for its anti-cancer properties for three decades.

For centuries seaweed has been prized in coastal Asia as a highly nutritious dietary staple used in everything from soups and stir-fries to sushi, and it’s a medicinal agent to boot.

In Chinese medicine different seaweeds are used to treat nausea, break down phlegm, resolve inflammation, and as a diuretic.

ShenNong Ben Cao Jing, believed to be the oldest book on medicinal plants in China, mentions the ability of seaweed to heal tumors. But it wasn’t until the early 20th century that Dr. HaraldKylin, a Swedish chemist, first isolated a long-chain polysaccharide (carbohydrate) molecule in the cell wall of brown seaweed and named it fucoidan.

Dr. Kylin analyzed seaweed because he was interested in finding out whether its high consumption by the people of Okinawa, Japan, could explain their legendary longevity and low incidence of cancer.

The purpose of fucoidan in the plant is to protect it from pathogens and other environmental assaults. These same mechanisms also offer benefits to humans, and in the 1980s research into fucoidan first revealed how it worked against cancer.

It’s important to know we’re not talking about one or two studies, but some 1,500 of them to date, which suggest how fucoidan helps the human body fight cancer.

Battles cancer on four fronts at once

The research demonstrates how fucoidan targets multiple signaling molecules and receptors of various cells that can directly and indirectly induce the death of cancer cells in four main ways. For example, fucoidan:

Triggers apoptosis:Fucoidan can switch on signals in a cancer cell to trigger the cell to commit suicide in a process called apoptosis.

Inhibits angiogenesis:Fucoidan inhibits the ability of vascular endothelial growth factor to promote angiogenesis — the process by which new blood vessels form to specifically feed the cancer. By this means, the nutrient and blood supply to the tumor is restricted, impeding the spread of cancer cells to other organs.

Activates immunity:Fucoidan increases the ability of natural killer cells and T cells to attack and destroy cancer. It also stimulates the production of anti-cancer cytokines; protein molecules secreted by the immune system.

In addition, fucoidan has many other beneficial properties that can deter the growth of cancer. Fucoidan is anti-inflammatory, antioxidant, anti-viral, and anti-bacterial, especially against Helicobacter pylori– the bacterium that can trigger stomach cancer.

Initial research in laboratory cultures confirmed that fucoidan seaweed extract acts against cancers of the colon, breast, lung, liver, skin, prostate, bladder, thyroid and blood. The positive findings led to research in rodents, which revealed how fucoidan can:

Block colon cancer:Fucoidan significantly inhibited tumor growth. The mice in the studies lived substantially longer, and the number of natural killer cells in the spleen significantly increased compared to the control group.

Slow breast cancer spread: In a mouse model of breast cancer that had spread to the lungs, fucoidan significantly reduced tumor size and number of tumor nodules in the lungs. In another study, fucoidan decreased breast cancer tumor growth by up to an additional 26 percent when taken alongside tamoxifen.

Stop lung cancer spread:Fucoidan suppressed the formation of new blood vessels and inhibited metastasis. In combination with chemotherapy, it enhanced the anti-metastatic effect in one study; in another it was more effective in repressing tumor volume than using the chemotherapy drug alone.

Fight bladder cancer: Compared with mice treated with chemotherapy alone, those treated with both fucoidan and chemotherapy drugs showed a significant reduction in loss of body weight, muscle atrophy, intestinal injury and dysfunction.

Inhibit leukemia: In diffuse large B cell lymphoma, “oral administration of fucoidan effectively inhibited tumor growth.” In another experiment, researchers fed mice with leukemia a diet enriched with fucoidan for ten days. This resulted in tumor inhibition of nearly two-thirds.

Why so little research in humans?

The molecular structure of fucoidan is complex and varies according to the species of seaweed from which it is derived, so it’s difficult to make direct comparisons between studies. Its concentration within the body cannot be accurately measured either.

Perhaps for these reasons, in spite of highly positive lab research, there has been little in the way of human trials. But here’s what we do know…

In a clinical study of 13 patients with a spinal condition caused by the retrovirus HTLV-1 that can lead to leukemia, a six gram dose of fucoidan for at least six months resulted in a 42.4 percent decrease in the HTLV-1 proviral load compared to the control group.

Reduction in the number of HTLV-1-infected cells is considered crucial for preventing and treating HTLV-1-associated diseases like leukemia.

In another study, researchers gave 20 patients with advanced cancer four grams of fucoidan daily for at least four weeks. After just two weeks, they found a significant reduction in major pro-inflammatory cytokines. This study provided the first evidence of anti-inflammatory effects in humans.

A research group from Taiwan published results from the first and only randomized, double-blind clinical trial evaluating the efficacy of fucoidan together with chemotherapy in the journal Marine Drugs in 2017.

They tested a form of the supplement called low-molecular-weight fucoidan in 28 patients with metastatic colorectal cancer. Compared to 26 control patients, those taking four grams a day of fucoidan for six months experienced a significantly higher disease control rate (DCR), which is the percentage of patients who respond to treatment. The DCR for the active group was 92.8 percent compared to 69.2 percent among the controls.

Researchers also documented a trend of improved survival in the fucoidan group, but this did not reach statistical significance.

Dr. Daisuke uses other natural treatments as well. He usually combines fucoidan with Agaricus mycelium mushroom extract because he believes this combination has a better ability to activate the immune system.

For example, an 80-year-old man with stomach cancer who did not receive any conventional treatment took three grams a day of Dr. Daisuke’s fucoidan mix. After two months, the tumor had almost disappeared.

Meanwhile, a 30-year-old with ovarian cancer had surgery but refused radiation and chemotherapy. After 20 months taking Dr. Daisuke’s fucoidan mix, her tumor markers decreased by 78 percent and tumor size decreased by almost 50 percent.

A 70-year-old with prostate cancer had hormone therapy initially but stopped because of the sexual side effects. Dr. Daisuke gave him eight grams a day of his fucoidan mix, plus soy isoflavones. His PSA decreased from 10.0 to 0.96 after two months of treatment and his tumor got smaller on the CT scan. He also maintained his quality of life without losing sexual function, the bane of many men who undergo traditional prostate cancer treatments.

Another 70-year-old man with liver cancer refused conventional treatment and came to Dr. Daisuke and received 2.5 grams a day of the fucoidan mix. After one month, elevated liver enzymes and tumor markers dropped sharply. At ten months, the size of his tumor had stabilized and his liver function tested normal as well.

Four months later the tumor started to grow again so the dose was increased to four grams a day, after which the tumor shrank rapidly.

Although seaweed is not a dietary staple in the U.S., people should consider adding it to their diet.

The Japanese in general, not just the Okinawans, regularly consume over 20 species of red, green, and brown seaweeds in meals, the three most popular being nori, wakame and kombu.

They are also one of the world’s longest-living ethnic groups, with an extraordinarily low rate of certain types of cancer.

There are many other nutritious elements in seaweed that could account for its health benefits, but fucoidan is believed by some to be one explanation.

A large body of research now exists to suggest that fucoidan alone could have wide applications in human health. In addition to its cancer-fighting abilities, scientists have documented therapeutic benefits of fucoidan in the gut and digestive health, with immune modulation, inflammation, viral inhibition and anti-aging.

A recent study found 31 cellular pathways influenced by fucoidan supplements in volunteers. Lead author Dr. Helen Fitton said, “These are exciting findings that further increase the potential for fucoidan to be utilized in a wider range of therapeutic treatments.”

I do notice that in many of the studies, the doses are high – four, five, six grams daily. So keep that in mind if you’re considering this remedy.