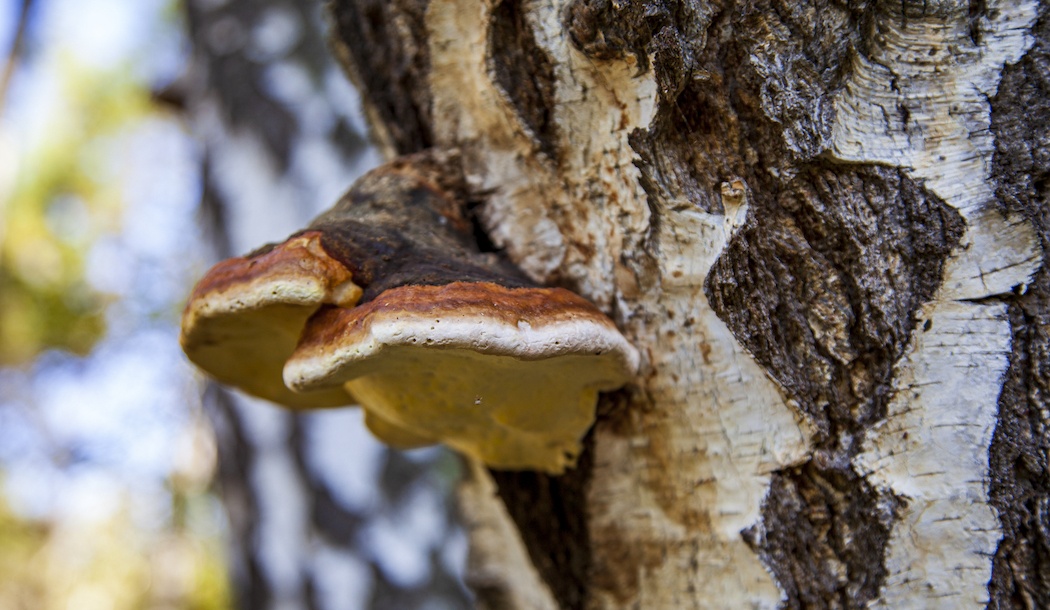 The Japanese call it the “Diamond of the Forest” and the Chinese named it the “King of Plants”—which is really saying something since they’ve had a centuries-long love affair with an amazing number of medicinal plants.

In Russia, its healing qualities for cancer patients have earned it classification as a “national secret.”

Still, most Americans have never heard of this remarkable plant. I’m talking about a medicinal mushroom called chaga.

If you’ve heard the name chaga, you might think of the disease. But the chaga I’m talking about has nothing at all to do with Chagas disease, which is caused by a nasty microbe spread by insects that results in eyelid swelling, fever and is named for a Dr. Chagas.

Chaga mushroom is a non-toxic, parasitic medicinal mushroom that grows in birch forests in harsh northern latitudes — the kinds of places we associate with freezing to death fast, not “diamonds of the forest.”

However, in China, Siberia, Finland, Japan, and Poland, ancient and native peoples have long known about the health benefits of chaga.

For example, older Asians use chaga to keep their bodies in natural balance. Chaga is thought to support the life force or life energy they call chi (also spelled qi and pronounced “chee”). As a result, they believe consuming this mushroom extends youthfulness, prolongs life, and enhances immunity.

Among the oldest known medicinal substances

To get more scientific, chaga (Inonotus obliquus) is unusual among mushrooms. Instead of gills or caps, the chaga has pores. And inside, it’s a brownish-yellow cork-like mass with beige veins. Its use has been documented in the oldest surviving official list of medicinal substances — the Chinese book Shennong Ben Cao Jing, which is 2,300 years old.

Call it folk medicine or traditional medicine if you will, but modern science suggests the ancients were on to an amazing cancer-fighting secret.

Protects against and kills cancer

Chaga is a natural cancer fighter — possibly thanks to betulinic acid. It prevents cancer from developing, and kills cancer cells without collateral damage to your healthy cells.

Betulinic acid is thought to work by indirectly activating various immune responses to cancer in your body that help kill cancer cells.

Chaga is known to help protect against cancers of the prostate, breast, ovaries, cervix, lungs, stomach, spleen, brain, and thymus, and also leukemia, melanoma, and lymphoma. I’d call it an all-around cancer preventative.

Research in Seoul, South Korea found that chaga protects your cells from DNA mutations in the face of oxidative stress. In fact, chaga-treated cells experienced a whopping 40 percent reduction of DNA mutation, versus untreated cells.

As you’re probably aware, radiation exposure can do irreparable DNA damage. But some research indicates that chaga can reduce radiation-related toxicity.

And wouldn’t you know, Big Pharma wants in the game, now that these anti-cancer properties have come to light. Chaga is now being studied for use as a chemotherapy agent. Someday they’ll probably introduce an “approved” version of chaga, at a very high price.

Chaga’s anti-cancer properties may also stem from its strength as an antioxidant.

The chaga mushroom sits high atop first place on the ORAC scale, a measure of antioxidant levels in your food. Goji berries aren’t even close to chaga, yet they get more attention.

One of the biggest claims made for chaga is that it’s rich in a special substance called superoxide dismutase (SOD), which is available from very few sources. SOD is a very potent enzyme that can stop oxidation in its tracks — especially the most dangerous type of free radical, called singlet oxygen, that causes rapid aging. (This is the same oxygen that makes nails rusty.)

Your body can make its own SOD — but by about the age of 30 your own levels may drop substantially.

Chaga contains extremely high levels of SOD (about 10,000 to 20,000 active SOD units per gram). Generally, SOD taken by mouth is destroyed by stomach acid and the nutrient doesn’t make it into the blood and tissues, but chaga’s advocates believe the mushroom does deliver SOD to the body.

In addition, chaga is the richest known source of polysaccharides, botulin and betulinic acid — and delivers them in a whole-food, bioavailable form.

Nobel laureate Aleksander Solzhenitsyn is credited with informing the West about the health benefits of chaga in his book The Cancer Ward — where his character in the novel took it and was cured.

Besides being an anticancer agent, chaga is known for its analgesic, anti-inflammatory, and anti-viral properties.

In the 1950s, chaga was endorsed by Moscow’s Medical Academy of Science, and was widely used by the Soviet doctors. During these years, 1,200 of their most prominent scientists conducted more than 3,000 experiments involving 500,000 people to study the effects of adaptogens.

An adaptogen is a substance that can reduce your body’s negative response to stress. Many studies suggest that up to 80 percent of ALL diseases have a root link to stress. So, adaptogens can be critical to your health.

The findings from the Soviet research became a protected national secret for 40 years, one of the secrets behind the physical strength and power of people fortunate enough to get chaga, including cosmonauts and other members of the Soviet elite.

Russia fed its elite athletes chaga and they were famously dominant in international competitions for decades.

Oh… and the Russians managed to formulate a joint cream out of chaga. Tiny microcapsules allow chaga ingredients to easily penetrate the skin and soothe your joints. The topical remedy is said to relieve pain, end muscle spasms, stimulate toxin and salt removal from the joint, as well as slow cartilage deterioration.

There’s another benefit for you, if you’re insulin resistant or have type-2 diabetes: chaga can help normalize your metabolism, which can provide a cascade of other health benefits.

A wealth of phytonutrients in one food

Chaga’s potency may be directly linked to the harshness of the climate it grows in. Some people believe its properties arise from the trees it grows on, mostly birch. Researchers have even inoculated sick trees with it, to make them healthy again.

Chaga is a dense powerhouse of 215 potent phytonutrients — including B vitamins, flavonoids, phenols, minerals, and enzymes. It contains one of the world’s densest sources of pantothenic acid, and high amounts of riboflavin and niacin. Pantothenic acid is especially useful for supporting your adrenal glands and digestive organs.

Chaga is also rich in a set of phenolic compounds called chromogenic complex. Don’t let the term scare you. What you need to know is that it protects your tissues and skin. And it’s only found in chaga.

Looking for a great natural source of minerals? Chaga shines here too. It is especially high in copper, calcium, potassium, manganese, zinc, and iron.

What’s the best form of chaga?
(There are many choices)

Chaga is a health food that can support your entire system. The ancient Chinese held that it was a longevity factor. That’s why they consider it the most complete of all foods.

In much of Siberia, Russia, and Eastern Europe it’s considered an essential daily beverage, said to add years to lives of those who use it.

Many Japanese and Koreans reportedly prefer chaga to tea and coffee, because of its cleansing and adaptogenic factors. Some people describe its flavor as between tea and coffee.

Chaga is bitter, so it’s a bit tricky to find a way to enjoy it. But here are some ideas for you:

Two warnings before you use chaga

Chaga has been used without problems for thousands of years. But given today’s culture where millions are on pharmaceutical drugs, you should be aware of two possible drug interactions. If you’re not on these drugs, everything we’ve found suggests clear sailing.

Chaga magnifies the effects of anti-clotting drugs like aspirin and warfarin (so-called blood thinners). So, if you’re on those, consult with your doctor before using chaga. Of course, there are numerous supplements that are blood thinners, including fish oil and digestive enzymes, so this is not a big deal. If your doctor is cooperative, he should be willing to let you reduce or possibly even eliminate the pharmaceutical blood thinner because the natural supplement will do the job.

Chaga also interacts with diabetes medications like insulin. It thereby raises your risk of hypoglycemia (low blood sugar). Again, as with the blood thinning-drugs, chaga may be the help you need to regain natural control of your blood sugar.