Do These Bugs Cause Cancer? – Cancer Defeated

Do These Bugs Cause Cancer? 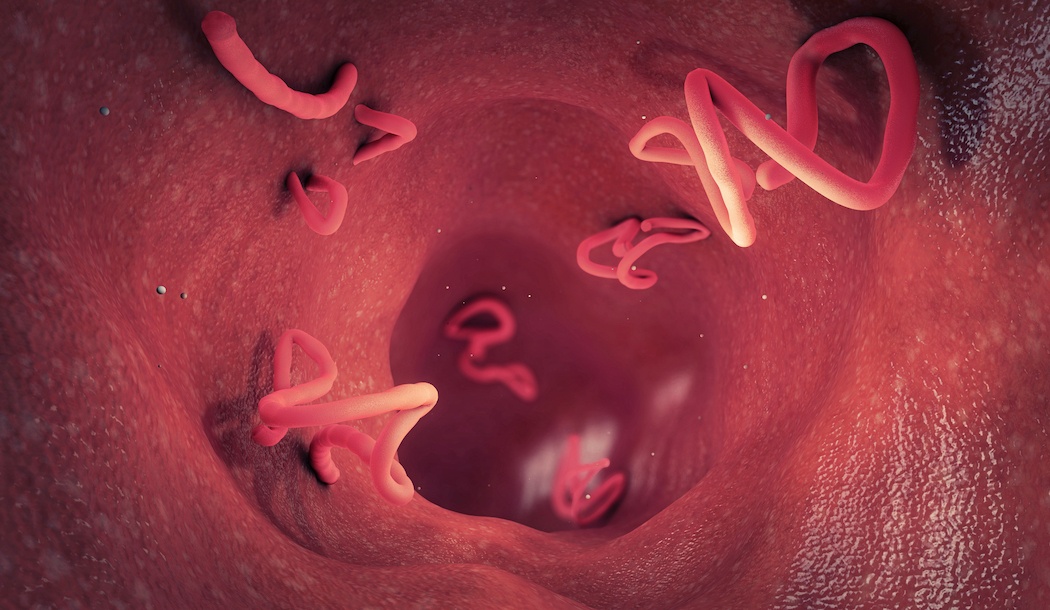 Doctors deny this cancer threat exists, but research suggests that this common health problem is likely behind more cases of cancer than many people realize. In fact, treating this problem is helping many cancer sufferers get well.

The word “parasite” is a Greek word that literally means “one who eats at another’s table.” When it comes to the parasites that infect humans, these freeloaders are literally eating from your body. Not good!

What’s a parasitical bug, anyway? The term “parasite” generally references intestinal parasites or flukes, protozoa and worms, which will be our focus in this article. Frankly, a parasite can be any organism that requires a host (read: you!) to complete part or all of its own life cycle.

These bugs serve no useful function for you. They multiply fast and create much havoc within your body. For one thing, parasites eat your tissues and organs, excrete ammonia and other debris (including their own remains), consume your nutrients, and trigger systemic inflammation. In extreme cases they can destroy any of your organs, including your eyes and your brain.

These enemies are a silent trigger linked to many diseases, including cancer, Lyme disease, allergic reactions, GI problems, compromised immunity, and even death.

Finding out whether you have parasites can stop you from becoming their “bed and breakfast.”

What’s more, if you suffer with any major or minor health issue—including cancer– you should find out if you have parasites. And if so, take action to eradicate them.

But if parasites are so serious, why hasn’t your doctor brought this up?

Parasites: A myth in America, or a potent threat
to your wellbeing?

Before about fifty years ago most of the world’s populations were isolated by geography and lack of mobility. Today, you can be halfway around the world in a matter of hours, and millions do just that.

What’s more, much of the food supply in our grocery stores comes from other countries. Parasites can catch a ride on them – even on organic foods.

Microscopic protozoa live in surface waters of the U.S. and around the world. Chlorination and freezing don’t remove them. Filtration can, but the filters in water treatment plants are cleaned by back-flushing, which is when protozoa sneak into our public water supply.

Besides food and water, you can contract parasites through insect bites, sexual contact, or through your skin or nose. They’re far more common than most people believe.

Parasitology experts say that parasites and their downstream effects kill more people every year than any other disease or condition.

Do you have parasites?

Some people suffer a great deal from parasites, while others may not have a clue. It depends on the person.

For a successful treatment outcome, it’s important to know exactly which parasites you have and how many, and where the parasites are present in the body.

The best way to assess this is to test for them, preferably with a lab that specializes in parasitology. Not a general lab that “does it all.”

One such lab is called ParaWellnessResearch.com. It’s a membership-based lab that specializes in parasite testing, and is owned by Raphael d’Angelo, M.D., a microbiology and parasitology expert with 45 years’ experience.

You return the specimen collection kit they send you, with the requested samples. He tests all specimen preparations and microscopic samples himself, and generates a report based on careful and complete analysis. He consults with you by phone to present findings, answer questions, and discuss treatment options.

Parasites and cancer… Is there a link?

Dr. d’Angelo claims that he’s yet to find a cancer patient who’s parasite-free. In his experience, once parasites are addressed patients generally show improvement. This also applies to autoimmune disease and degenerative disease.

His theory is that eliminating parasites frees up the immune system to work better elsewhere… which seems plausible.

This aligns with stories from cancer survivors who got better once they cleared parasitic infections.

We recently wrote about James Templeton and his book, I Used to Have Cancer: How I Found My Own Way Back to Health. He saw parasitologist Dr. Hermann Bueno, a parasitologist in New York City. Testing revealed three types of parasites. Clearing them was part of his journey back to health.

Then there’s Joe Tippens. He had small cell lung cancer with a tumor the size of his fist. It metastasized throughout his whole body. He was given less than a one percent chance of survival, with a median three-month life expectancy.

Mr. Tippens heard the story of a Merck Animal Health scientist who performed cancer research on mice. They injected different types of cancers into the mice and discovered that a product in their canine product line called fenbendazole was batting a near perfect score in killing these cancers.

This scientist later was diagnosed with Stage IV brain cancer and given three months to live. With nothing to lose, she took fenbendazole. In just six weeks she was cancer free.

After hearing her story Mr. Tippens decided to follow suit. It cost about $5 per week (in 2017). He enhanced the regimen which is now dubbed the Joe Tippens Cancer Protocol.

Mr. Tippens was cancer free within months but didn’t tell his oncologist what he was doing for nearly a year.

When he published his story online, it went viral. His protocol is now being used throughout the world, including by some 30,000 to 50,000 Chinese.

The theory of parasites triggering cancer
is not new

Wait… we’ve known about this since when???

It might surprise you to discover that in 1890 (yep, 132 years ago!) the Scottish pathologist William Russell observed parasitic spores within cancer cells under his microscope.1

Since then, Dr. Russell’s hypothesis that cancer is a parasitic disease was championed by a long list of impressive scientists, all of whom were labeled as medical heretics and denounced.

Despite falling on deaf ears, the fact that so many anti-parasitic drugs act as anticancer agents lends support to the hypothesis that cancer is a form of parasitic disease.

You tested positive and now know you have parasites. What’s next? How should you treat for them?

That’s a controversial question. Eradication must factor in many variables, including health status and stamina.

You must know which parasites affect you for accurate targeting. The program must be long enough to catch stragglers.

Obviously, folks like Joe Tippens found fenbendazole effective. With Ivermectin now being used as an antitumor agent for many different types of cancer, you and your doctor might carefully consider this option.

Another anti-parasitic drug that’s being used as an anticancer therapy is mebendazole. Though poorly absorbed it takes very little to disrupt the microtubules, which prevents cancerous growth. A study of 2,000 drugs showed it is the most promising agent against malignant melanoma.

Dr. d’Angelo has used many types of treatments over the years. He now uses a natural regimen based on those used effectively by doctors from around the world, especially in countries where parasites are common.

Those doctors all emphasized coordinating treatment with the cycles of the moon. Sounds weird, right?

Sync treatment with the moon

Their explanation is that the gravitational pull of the moon on water bodies also expands or contracts the water within parasites, expanding as the moon moves from barely visible to a full moon.

Expansion makes the parasites more irritable and increases their feasting on nutrients. Giving parasite therapies during this time lets you use lower doses to destroy them.

Dr. d’Angelo uses remedies very specific to the type and quantity of parasite. Treatment length is about three months. Post-testing is recommended to measure success.

Parasites have been a dreaded enemy for centuries. The fact that we can’t see them doesn’t mean they’re not destroying us from the inside out.

It’s smart to find out whether they’re at the root of your health problems and to take action to eliminate them. And what if after eradicating these nasty bugs, you could finally heal what ails you?