Do You Have These Eight Cancer Warning Signs? – Cancer Defeated 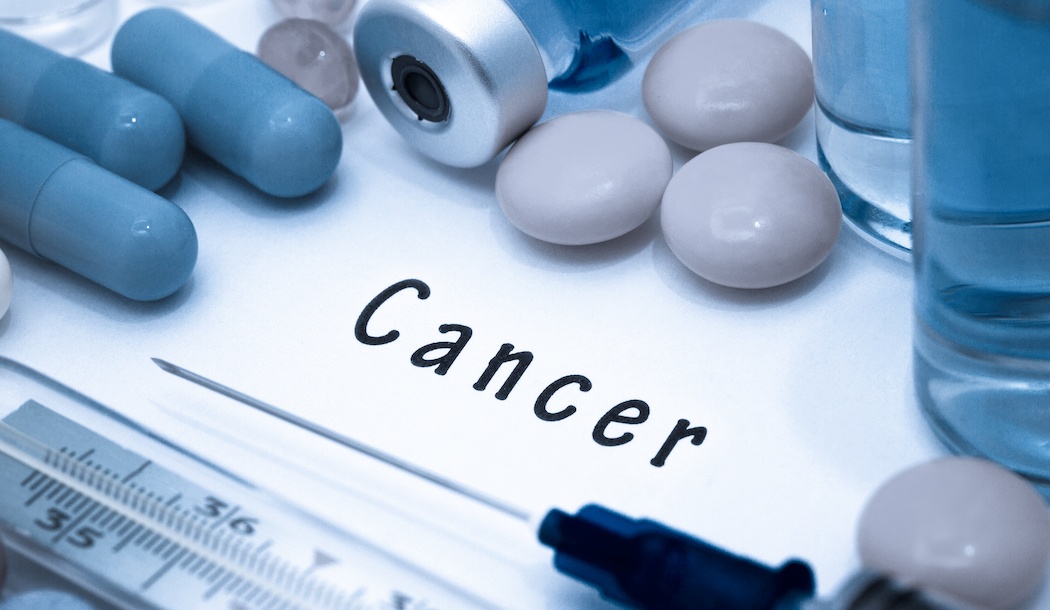 Many people believe cancer wreaks silent havoc on the body and that by the time you notice any changes in your health, cancer is already growing out of control. In some cases this is true, but in many cases there are physical warning signs to watch out for.

After analyzing twenty-five studies from the United Kingdom, the United States, the Netherlands, Belgium, Australia, Denmark and Germany, British doctors pointed to eight warning signs of cancer that we should all know.

Is being anemic a red flag for cancer? A team of British researchers says YES — especially if you’re in a certain age group.

Researchers at Keele University in Staffordshire, England named iron-deficient anemia as one of eight symptoms doctors could use to make an early diagnosis of some cancers. Lead study author Dr. Mark Shapley said the eight symptoms provide an accurate enough prediction to mean the patient urgently needs more tests and follow-up.

But please understand that a great deal depends on the patient’s age and gender. In the case of iron deficient anemia, researchers said the likelihood that it’s a positive predictor of cancer is far greater for a 60-year-old male than for a 21-year-old female.

1.) Iron deficiency anemia. Cancerous tumors can wipe out your oxygen-carrying red-blood cells. What’s more, some cancers—such as those located in the colon—can produce hidden bleeding and therefore iron loss (red blood cells are rich in iron).

Over time this can lead to moderate or severe iron deficiency anemia. Unfortunately, mainstream cancer treatments such as radiation and chemotherapy also destroy red blood cells—leaving you breathless, dizzy and weak. If a patient is already being treated with these therapies their effect has to be taken into account. Your doctor typically will suggest blood tests and may request an endoscopy or colonoscopy to check your stomach and colon.

2.) Rectal bleeding. Face it: This is NEVER a good sign! Cancers of the colon and rectum can cause bright red bleeding from the rectum, which also may become evident in your stool.

There are conditions other than cancer that can cause rectal bleeding — hemorrhoids, for instance. But you absolutely shouldn’t take this symptom lightly.

3.) Rectal examination with abnormal results. This test is typically part of a yearly physical exam. But if the exam reveals an enlarged prostate or hidden bleeding, a malignancy may be present.

4.) Hematuria—blood in your urine. Whether visible to the naked eye or only through a microscope, hematuria could be a warning sign of kidney, prostate or bladder cancer. Your doctor may recommend a computerized tomography (CT) scan, magnetic resonance imaging (MRI), an ultrasound or cystoscopy, to diagnose the root cause.

5.) Hemoptysis. Coughing up blood could be a sign of lung cancer, heart problems or tuberculosis. Doctors can use chest x-rays to pinpoint the location of a tumor. Checking a sputum sample under microscope can also detect whether cancer cells are present. (Sputum is anything you cough up from the respiratory tract — phlegm, mucus, whatever.)

6.) Breast lump(s). All breast lumps are not created equal. Some benign lumps feel smooth and squishy, like a water balloon. Others are firm, round lumps that usually don’t change shape during your menstrual cycle. Malignant tumors typically have an irregular shape with a rough surface similar to a golf ball. The tumor will be very hard. A clinical breast exam and mammogram can help diagnose a growth you’re able to feel. And a needle biopsy will provide even more information about the lump. Please note these are the conventional tests for breast cancer. Here at Cancer Defeated we suggest you try a thermogram rather than a mammogram, and avoid needle biopsies if you can.

7.) Post-menopausal bleeding. Bleeding before menopause is a necessary inconvenience, but bleeding after menopause could indicate cancer of the cervix, ovaries, or possibly endometrial cancer (in the lining of the uterus). Your doctor can perform a dilation and curettage (D&C) to scrape cells from your uterine walls for lab analysis. Routine cervical and pelvic exams, as well as pap smears, can help detect any abnormal changes in the cervix or ovaries.

8.) Dysphagia. This is the medical term used to describe difficulty or pain when swallowing. According to the National Institutes of Health, cancers of the head, neck, or esophagus are all possible causes.

Doctors may use fiber optic laryngoscopy to examine your throat with a lighted tube. They can also use ultrasound exams to produce images of internal body organs.

If you experience any of these conditions, call your doctor right away, but don’t panic! Although these eight red flags indicate there could be a problem—it may or may not be cancer.

It’s also important to keep in mind the American Cancer Society’s (ACS) list of warning sigs of cancer. Their list is slightly different than the findings of the British researchers and includes only seven warning signs.

As you can see, there’s quite a bit of resemblance between the two lists. The British list is more specific and is probably aimed more at guiding doctors than patients. However, I think it’s more helpful. The ACS list casts a pretty wide net. A couple of the items could potentially make people more frightened than they need to be about symptoms that may be harmless.

For example, I’ve had a rough throat my whole adult life, but it’s not cancer. It’s allergies. All the same, if you suddenly develop a sore throat or cough that never goes away, get it checked out. It’s a sudden change you need to look out for.

Likewise, it’s a stretch to say chronic indigestion means it’s likely you have cancer. But it does mean something is wrong. You should never ignore gastro-intestinal distress. Figure out what’s causing it and get it fixed. (I wish I could tell you it’s easy, but more likely it means you need to change the way you eat and also check out the parasite angle.)

If you have symptoms from either the American or British lists you should make it your aim to report them to your doctor and schedule an appointment soon!

This can help your doctor schedule appropriate exams and procedures to provide a more accurate diagnosis—and to help ease your mind.