Do You Really Need Chemo? A New Test Could Tell You… – Cancer Defeated

Do You Really Need Chemo? A New Test Could Tell You… 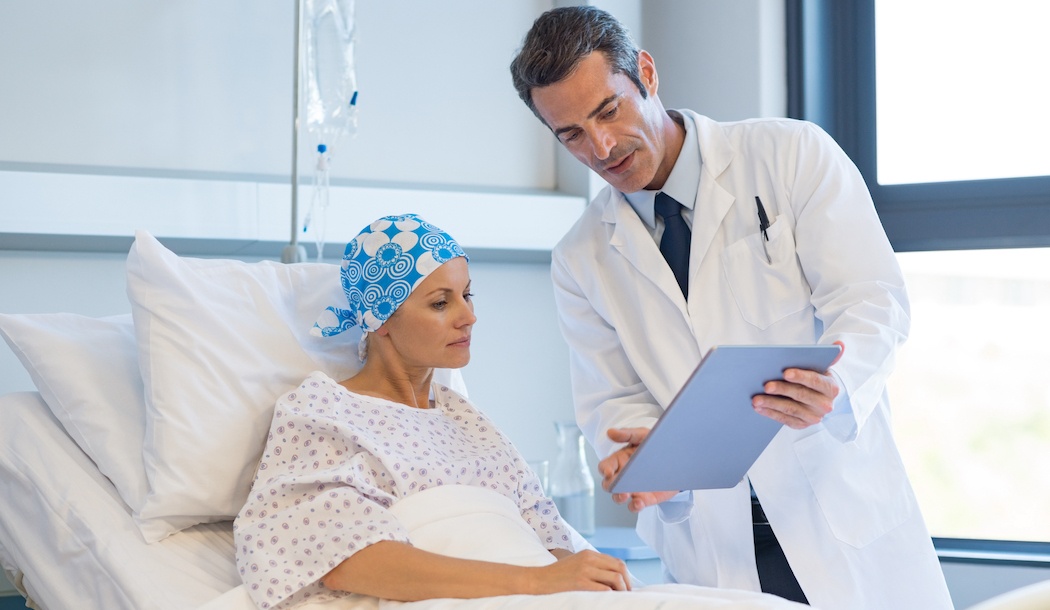 Treating cancer with chemotherapy has long been one of mainstream medicine’s primary tools for fighting cancer. And while chemo does kill cancer, it sometimes kills the patient too, because of the way it damages healthy cells.

Now genetic testing of cancer may offer some new help. Studies suggest that this testing can help you discover which cancer patients won’t be helped by chemotherapy and should choose other treatments.

The new research is a giant step in the right direction for improving cancer patients’ quality of life and reducing unnecessary harm caused by side effects from chemotherapy treatment. Researchers began their investigation by studying women with advanced breast cancer.

The conventional treatment of breast cancer that has metastasized and spread to a woman’s lymph nodes has almost always involved chemotherapy after the tumor and affected lymph nodes have been taken out by a surgeon.

However, a study at the Winship Cancer Institute at Emory University shows that in this situation in older women, adding chemotherapy to the treatment regimen to lower the risk of the cancer coming back often doesn’t make any difference. Instead, the researchers found, in many cases treating cancer with hormonal therapy alone after the surgery produces the same results as adding chemotherapy.1

This finding is sending a big wake-up call to mainstream oncologists.

As Francisco Esteva, M.D., chief of breast medical oncology at Lenox Hill Hospital in New York City, says about the consequences of this research, it “represents a paradigm shift in medical oncology.”2

HER2 stands for “human epidermal growth factor receptor 2.” In HER2+ cancers, an excess of a protein called HER2 is “overexpressed” which stimulates the reproduction of the cancer cells and results in the growth of tumors. But the HER2- negative cancers, which these women had, are considered slower growing and less aggressive than HER+ malignancies would be.

The researchers point out that about one in three women with HR+ and HER2- breast cancer have cancers that have already metastasized to their lymph nodes by the time their doctors have diagnosed their tumors and can treat them. Because their cancers have already spread from breast tissue, their cancers often have a higher risk of coming back after treatment.

Under most circumstances, the risk of the cancer recurring is why doctors use chemotherapy after surgery – it’s an attempt to kill off cancer cells that have not been removed by surgery. But the researchers wanted to determine if the chemotherapy really lowers the risk of recurrent cancer by mopping up any left-over cancer cells.

As part of their analysis, the Emory scientists tested the women’s tumors for the expression of 21 genes. The test, known as the Oncotype DX multi-gene test, is supposed to indicate how likely the cancer is to recur after treatment and produces a “recurrence score.”

The women in the study all had a “recurrence score” of 25 or less, which shows an intermediate or low chance of the cancer coming back.

In the study group, half of the women were given hormone therapy alone to treat their cancer while the other half received chemotherapy combined with hormone therapy. Then, the researchers tracked the health of these women for five years.

They found that overall, the two groups had practically identical outcomes – there was basically no difference between the two groups in terms of the cancer coming back or the women experiencing a new cancer. In other words, in overall results, having chemotherapy or not made no difference.3

But when they looked at results only in the younger women who had not yet gone through menopause – which was about 33 percent of the study subjects – those who got chemotherapy along with hormone therapy experienced about a four percent reduced risk of having the cancer come back compared to women who only got hormonal therapy. So, they did get some benefit from the chemotherapy treatment.

Still, the big news is that in these circumstances, with these genetic characteristics of the cancer, postmenopausal women can skip chemotherapy.

“These are clinically meaningful and impactful data,” says Emory researcher Kevin Kalinsky, M.D. “As we saw that postmenopausal women with one to three positive nodes and RS (recurrence scores) 0 to 25 can likely safely forego adjuvant chemotherapy without compromising IDFS (invasive disease-free survival), this will save tens of thousands of women the time, expense, and potentially harmful side effects that can be associated with chemotherapy.”

The future of personalized cancer treatment

While this study may only represent a small step forward in using genetic testing to help people with cancer avoid chemotherapy when it won’t do any good, other studies are promising further progress.

For example, a study at Baylor University is looking at how the genetic signature of estrogen-receptor positive (ER+) breast cancer may be used to personalize cancer treatments for this type of malignancy.4

In the Baylor research, scientists pin-pointed 24 genes in breast cancer tumors that can be analyzed to determine which drugs or other treatment are likely to kill the cancer and which therapies are doomed to failure. Right now, for most of these cancers, doctors rely on guesswork to decide what to use to fight the cancer.

Up until now, a big complaint that critics (like me!) have lodged against conventional medicine is that it’s been too quick to give cancer patients chemotherapy even though for many of these folks the treatment produces suffering without benefits.

But these types of studies give me hope that conventional medicine is waking up to the need to stop making people suffer through chemotherapy when it does no good. Genetic testing seems to be the path that will lead to more reasonable treatments. It can’t come soon enough!