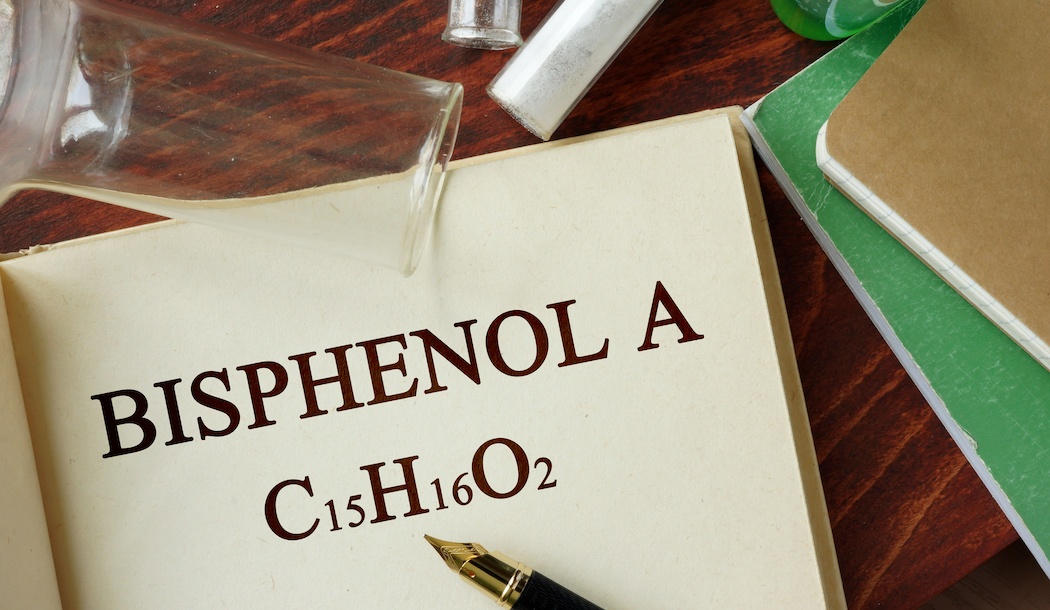 Plastic is toxic. It weakens your immune system. It makes you fatter and sicker. Plastic could even be the hidden reason your scale has become your enemy.

Studies have found that one type of plastic, called Bisphenol A or BPA, is directly linked to cancer.

So, it’s no surprise that many manufacturers shifted gears to make BPA-free products. In 2012, the FDA banned the use of BPA in baby bottles and sippy cups. Unfortunately, the latest research suggests that BPA-free does not necessarily mean cancer-free. What’s more, toxic BPA can stick around in your body for a lot longer than once believed.

BPA is a chemical used in food and beverage packaging since the 1960s. It forms a hard, clear plastic lining in cans of soup, soda, tuna, bottled water and more.

A Washington, D.C. nonprofit analyzed 259 bottles of water from 19 locations in nine countries across 11 brands. They found a shocking 325 plastic particles per liter of water (on average) in the samples. One bottle’s concentration was over 10,000 particles per liter.1

This study came only a year after another study, which found plastics like BPA in all but one brand of table salt across eight different countries on four continents.

The Food and Drug Administration (FDA) generally downplays the effects of BPA, arguing that exposure levels are low.

Still, the CDC found detectable BPA levels in 93 percent of over 2,500 urine samples taken in the U.S. from 2003 to 2004. Researchers measured BPA indirectly, based on how many BPA metabolites (BPA breakdown components) were present. Now, a new method can measure BPA and its metabolites directly.2

In 2019, researchers used both the old and new methods to examine urine samples from 39 people. To everyone’s surprise, the new method revealed BPA levels nearly 19 times higher, compared to the old method. And the higher the BPA concentration, the more the old method misjudged it.

Stunned, the researchers double-checked their results and verified them with a lab at the University of Missouri.

Why BPA is dangerous

What’s more, endocrine disruptors stick like glue. They’re stable, take forever to break down, and get stored in your fat cells. Studies show their many negative effects including:

Let’s take a closer look at the research into cancer, specifically.

Researchers discovered BPA’s cancer link when rats got cancer during a study unrelated to the disease. Turns out, it came from BPA in the water bottles used in the study.

At the University of Michigan, researchers found liver tumors in mice with gestational BPA exposure. They tested mice with three levels of exposure to BPA in the mother’s diet, finding that 27 percent of the mice exposed to BPA developed liver tumors or precancerous lesions. The higher the BPA, the more likely the offspring were to have tumors.4

Mice whose mothers had the highest BPA levels were seven times more likely to develop tumors when compared to those with no exposure.

There’s also been extensive research in people, especially pregnant women and their babies.

In addition to cancer, BPA during pregnancy can cause chronic inflammation in the baby’s intestines and liver, leading to leaky gut and decreased diversity of gut bacteria.5

Not only that, but scientists know that BPA can breach the placenta. They suspect that BPA exposure in the womb may be a key factor in the increased incidence of breast cancer in recent years.

In fact, a 2011 study showed that BPA alters long-term hormone response, which predisposes a person to breast cancer. Females exposed to BPA during gestation and nursing had 50 percent more cells in their milk ducts as adults, just like those exposed to the estrogenic compound diethyllbestrol (DES). And DES exposure during gestation and nursing is linked to double the risk of breast cancer as an adult.7

A Cincinnati Cancer Center study found urine BPA levels could predict prostate cancer. This was the first study to suggest such a link. The study also suggested something else: that BPA-caused disruption of cell duplication cycles could lead to prostate cancer.9

But it’s not just BPA…

No free pass for “BPA-free” products

Newer research adds to the growing evidence that products free from BPA can still cause significant health problems.

In one study, researchers were trying to figure out the reproductive effects of BPA when something went wrong.10

The mice were all in BPA-free plastic cages, divided into two groups. One group got BPA via a dropper, but the other (control) group did not. Strangely, the control group began to show the same genetic changes as the BPA group.

The researchers discovered that another plastic called BPS (bisphenol S) in the cages altered the chromosomes in the mice just like BPA did, leading to fertility issues in both males and females.

More tests exposing mice to BPA alternatives, like BPS, BPF, and BPAF, confirmed those results. Both males and females had DNA problems and inability to produce sperm and eggs.

Worse, the researchers found that those problems were passed to their offspring. Even when they got rid of BPA and all of its substitutes, the damaging health effects lasted for three generations!

BPS is no better and may be worse

A 2017 study names BPS as a potent endocrine disruptor. It mimics estrogen in breast cancer cells. In fact, findings suggest that BPS may make breast cancer more aggressive. If a woman has a mutated BRAC1 gene plus exposure to BPS, her risk for breast cancer increases significantly.11

Researchers have concluded that gestational exposure to BPS is especially dangerous. In addition, any BPS exposure can cause numerous other health conditions.

A 2020 study showed that BPS exposure could worsen heart function within five minutes. And this was in mice exposed to BPS —and BPA— at levels like those normally seen in people. BPS has super-fast effects.12

This is especially concerning for those with heart disease, high blood pressure, diabetes, or obesity, because BPS could increase the risk of a heart attack, or make a heart attack more deadly.

Other research found that boys with high BPA levels were at greater risk for asthma.13

Steps to reduce your exposure

It’s important to try to limit your exposure to these plastic chemicals, here’s how:

Of course, you’ll never get rid of all plastics, but even removing some of them from your life can make a difference to your health and well-being.