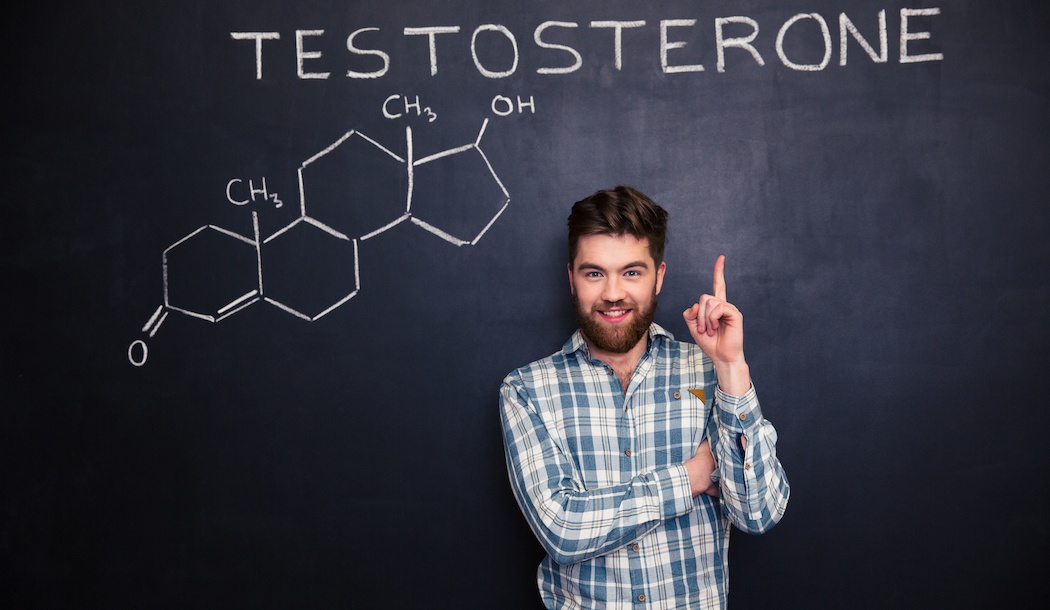 This belief has a tenacious hold on the medical profession. Doctors have treated hundreds of thousands – maybe millions – of men in accordance with the theory. It just happens to be dead wrong in most cases. Here’s the truth. . .

Because of this “conventional wisdom,” a man with a balding head (a symptom related to high testosterone) might find himself getting checked for prostate cancer more intensely than men with a full head of hair.

Meanwhile, both doctors and their male patients with “low T” have been told to avoid testosterone-raising treatments like the plague because it would be like throwing gasoline on a fire.

But several studies from the past decade have debunked this entire school of thought. Somehow the media missed the story, and so have quite a few doctors. Whether they know it or not, the myth is officially busted—and now, men and their doctors can take advantage of the truth about testosterone and prostate cancer to live longer, healthier, cancer-free lives.

You see, raising your testosterone levels can improve your quality of life in a major way. It would be a shame if it caused prostate cancer, too!

Nobel-winning work based on bad science?

To set the stage, let’s start with a quick biology and history lesson.

You might know that androgens are precursor hormones that create testosterone (T) and the more active form of T, dihydrotestosterone (DHT). In 1941, Charles Huggins and Clarence Hodges reported that testosterone “activated” prostate cancer. This led to the belief that surgical castration, resulting in hypogonadism (or “low T”) caused prostate cancer tumors to shrink or go away entirely — even in metastatic prostate cancer.

In other words, they believed low T both prevents prostate cancer and treats it successfully if it’s already present. They also believed the opposite was true: The more testosterone the patient has, the more prostate cancer will grow.

They won the Nobel Prize for this “androgen hypothesis,” and every medical school student since has been taught that testosterone is fuel for a cancerous fire.

But according to Dr. Abraham Morgentaler, associate clinical professor of urology at Harvard Medical School and founder of Men’s Health Boston, the Nobel-winning work was sloppy, oversimplified, and based on outdated tests that have since been abandoned. Perhaps worse, the researchers ignored data that didn’t fit their hypothesis.

Worst of all, he says, “They based their conclusions on … only two men treated with T injections for no more than 18 days, one of whom was already castrated. Their results are uninterpretable.”

But … surely there have been more studies that’ve confirmed their results since 1941, right?

When one man out of seven is diagnosed with prostate cancer … and one in 36 dies because of it, it’s important to get the science right. You might think so, but here’s what Dr. Morgentaler found. . .

Series of studies knocks down
70 years of blind belief

Dr. Morgentaler says he and his team first realized there was something wrong with the androgen hypothesis when 11 of his 77 low T patients — a condition that should have been protective against prostate cancer (PCa) — were turning up with cancer anyway.

He followed up this study with 345 more of his low T patients—and again, 15 percent of the men had cancer. He even noted, “The greatest risk was in the most severely testosterone deficient.”

Dr. Morgentaler went on to do a worldwide literature review, seeking answers from both recent and older journals, questioning whether the androgen hypothesis had been confirmed. “I was stunned to discover there was no compelling evidence that high T was risky for PCa.

“The androgen hypothesis was proposed and accepted before knowledge of hormone receptors, PSA, and prior to reliable measures of testosterone,” he said. (PSA, of course, stands for prostate specific antigen—it’s a protein biomarker found in tissue biopsies and blood that indicates a higher probability that cancer is present.)

Dr. Morgentaler’s critique makes sense. If high testosterone does cause prostate cancer growth, why is it so rare for a man in his 40s to get the disease, when his natural testosterone level is still high? The vast majority of diagnoses are in older men who have low T. (Testosterone levels peak in the early 20’s and decline with age).

It seems that “common wisdom” has been working against common sense for decades. It’s young guys who should be getting prostate cancer if the theory is correct.

Dr. Morgentaler explains it this way, saying, “The persistence of the androgen hypothesis despite strong contradictory evidence teaches us how difficult it is to abandon ideas learned during our training, even in this age of evidence-based medicine.”

Urological oncology researchers have a better theory: the saturation model.

For the sake of example, let’s say a prostate cell has ten testosterone receptors. (This is a totally made-up number.) Whether there are ten or 1,000 testosterone hormone molecules in the blood, it makes no difference. The prostate cell can only take ten.

Out of 8,122 previously cancer-free men, 4,073 received a placebo. It’s the placebo side of the study that’s relevant to this discussion, because the testosterone levels of these men AND their rates of prostate cancer were monitored for four years.

In other words, higher testosterone didn’t make a difference in prostate cancer growth.

One caveat to the saturation model…

For the sake of being thorough, however, there is one special circumstance the research presented. Prostate cancer cells have many times the number of receptors that healthy cells do—and they love testosterone and use it to grow.

But let me explain…

Let’s say a cancer cell has 50 receptors, compared with a healthy cell’s 10. (Again, an arbitrary number.) If a man goes from near-zero testosterone, which is what pharmaceutical or surgical castration does, and then gets an influx of testosterone, that influx will cause the cancer to grow.

This is exactly what the Nobel winners in the 1940s saw. Remember, one man had been previously castrated, and the scientists gave him testosterone, making cancer cells flourish.

I can’t emphasize this enough: even men with “low T” don’t come close to the castration levels that would cause a similar spike in cancer cells following a sudden influx of testosterone.

As Dr. Morgentaler concluded, “The biopsy results are in. The failure to find increased PCa rates associated with higher serum androgens based on biopsies in a large at-risk population removes the last possible hope to those who wish to hold on to a disproved theoretical notion from a pre-modern era.”

It also makes me wonder if every conventional medical belief from the “pre-modern era” shouldn’t be revisited and turned inside out for the truth.

Regardless, the androgen hypothesis is officially out of business—and men going from low T to healthy levels of testosterone can stop worrying about inflaming prostate cancer. You can safely reverse the symptoms of testosterone deficiency.

And, you might experience an amazing resurgence of youth and energy if you do.

While we’re on the topic, a very interesting Italian treatment for enlarged prostate was published in the online medical journal, The Prostate.

Her study in male dogs — which get similar BPH to male humans — showed using pulsed electromagnetic field therapy, or PEMF, helped reduce the size of the prostate by over 57 percent. The energy comes from a handheld device, no bigger than a remote control, and seems to increase blood flow to the prostate gland, reducing inflammation and overall size.

As far as I know, there are no negative side effects to this electromagnetic therapy, and it doesn’t involve damaging radiation. Dr. Leoci also noted the PEMF treatment did not affect the dog’s reproductive ability, libido, or testosterone levels.

If further studies can prove the PEMF treatment truly reduces inflammation, it could turn out to be a non-invasive treatment not only for BPH but for prostate cancer as well.

Though more research is needed to take this treatment into a larger cohort of dogs … and then studied for safety in human men … it’s treatments like these that make me hopeful for a future of all-natural, non-pharmaceutical, and even non-surgical treatments for cancer.