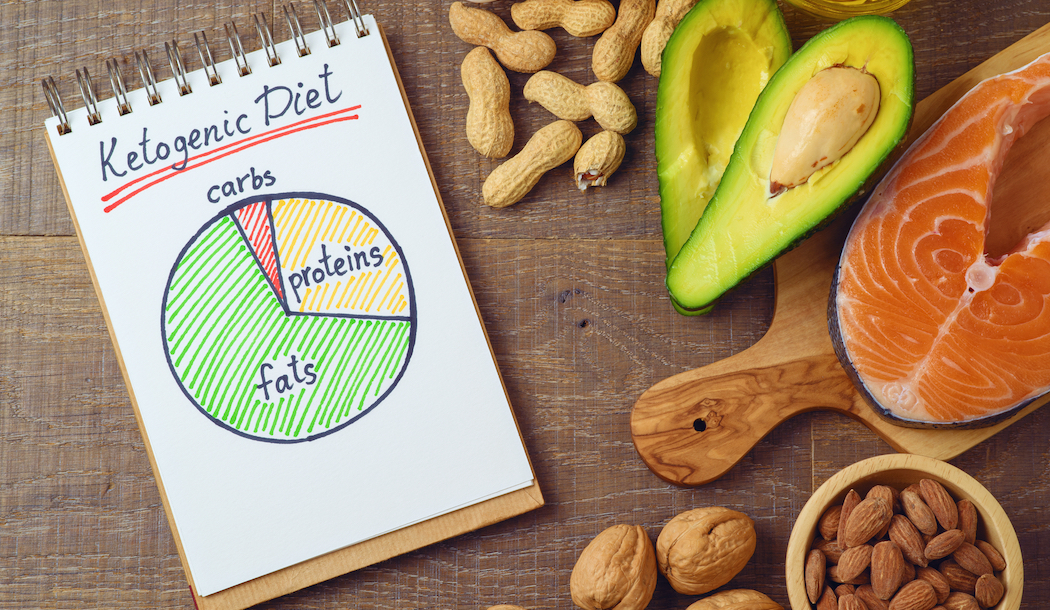 How does a diet with a preponderance of meat, fish, and eggs with lashings of butter, cream, and oils sound to you? Probably like a heart attack waiting to happen. And yet, an increasing number of doctors and scientists are looking at this high fat diet as a serious option for preventing and treating cancer.

If this diet really isn’t your cup of tea, there’s good news. It’s possible the rewards of such an eating plan can still be gained while enjoying a healthy wholefood diet – no excessive fats required. Here’s the story…

The Ketogenic diet, which involves severe carbohydrate restriction and increased fat intake, has been gaining traction in recent years as a method to stem the tide of cancer mortality. We’ve reported on the benefits of the Keto diet several times before.

Now, scientists at the Perelman School of Medicine at the University of Pennsylvania have shown that a chemical produced in response to such a diet suppresses the growth of colorectal tumors.

Perhaps even more exciting, the chemical in question is already available as a dietary supplement.

All mice on the diet survive

The research team placed six groups of mice on different diets with varying fat-to-carb ratios, ranging from low-carb high-fat to high-carb low-fat. Each group was then given a toxic chemical to induce colorectal tumors.

The scientists found the most extreme Keto diets, with a 90 percent fat-to-carb ratio (one using lard -pig fat – the other soybean oil), prevented the development of colorectal tumors in most of the mice. All mice in the other groups died.

In another experiment, the team fed the animals the same diets after tumor development had already started. This time, the same extreme Keto diets showed a “treatment effect” by markedly slowing further tumor growth and proliferation.

Next, the scientists conducted more experiments to identify the mechanism behind these preventative and treatment effects of the Keto diet. They found the cancer-fighting benefits were caused by a slower production, by stem cells, of new epithelial cells that line the intestines.

After even more experiments the scientists discovered a key molecule behind this slower epithelial cell production.

A powerful suppressor of tumor growth

It’s called beta-hydroxybutyrate (BHB), a compound that’s produced in the liver in response to starvation, but in their experiments, was triggered by the diet. BHB is well known to scientists as an alternative fuel source – a ketone body – for key organs under low carb conditions.

They believe that “validation in additional in-depth studies will establish BHB as a new therapeutic option” for those conditions as well as metabolic syndrome and cancer.

Thanks to the Perelman School study, published in the journal Nature in April, it’s now known that BHB “potently suppresses intestinal tumor growth.”

But how does this marvelous BHB compound work?

Targets a gene that suppresses growth

They successfully showed that it activates a receptor called Hcar2. Once activated it stimulates the expression of Hopx, a growth-slowing gene.

To determine whether this applies to humans as well as mice, they presented BHB to healthy cells that line the human gut. It had the same growth-slowing effect. However, not all colorectal tumor cells express Hcar2 or Hopx. These types of tumor cells were not responsive to BHB.

Now, the researchers are investigating whether BHB has the same action on other parts of the body. Senior author Maayan Levy explained, saying, “Our findings suggest that this natural molecule, BHB, could someday become a standard part of colorectal cancer care and prevention.”

Her colleague, Christoph Thaiss, added, “Clinical trials of BHB supplementation are needed before any recommendation can be made about its use in prevention or treatment.”

The next study is clinical and includes twenty patients scheduled for colonoscopy or flexible sigmoidoscopy as part of their standard care.

The study is solely designed to determine whether a commercially available BHB liquid supplement called HVMN Ketone-IQ is safe and tolerable, effectively raises blood levels of the ketone body, and brings about positive changes in gene expression in the lining of the colon. The study is scheduled to end in April 2024.

So, we’ll have to wait until then to see whether BHB will prove to be a game-changer in colorectal cancer care. However, Ketone-IQ is Generally Recognized As Safe (GRAS) for human consumption by the FDA. Already athletes drink it to enhance endurance and speed recovery. It’s also claimed to support cognitive health, sustain mental sharpness, improve metabolic health, and aid dieting.

While BHB as a specific cancer therapeutic in colon cancer is a new finding, there’s a body of research on the impact of the Ketogenic diet itself in cancer, and scientific support is growing for its use.

Backed by the Mayo Clinic

For instance, researchers at Paracelsus Medical University, Salzburg, Austria, recently reviewed the diet, writing, “The majority of preclinical and several clinical studies argue for the use of the Ketogenic diet (KD) in combination with standard therapies based on its potential to enhance the antitumor effects of classic chemo and radiotherapy, its overall good safety and tolerability and increase in quality of life.

“The mechanisms underlying the KD seem to involve a broad spectrum, ranging from targeting tumor metabolism, gene expression and the tumor microenvironment.”

In December 2021, endocrinologists from the Mayo Clinic recommended researchers explore the diet for its ability to tackle the problems caused by obesity, which accounts for at least 12 different types of cancer and up to 20 percent of all cancer deaths in the U.S.

While lifestyle modification improves cancer therapy while lowering morbidity and mortality, compliance is extremely low. A shift in focus is therefore needed, they believe.

“Given emerging data,” they write, the “Ketogenic diet is arising as an attractive option in countering obesity-related tumor-promoting factors (insulin resistance, inflammation, sex hormone changes) as well as the metabolic requirements of many tumor cells.”

They describe the diet as inexpensive, well tolerated, and resulting in a rapid reversal of many of the metabolic abnormalities linked to obesity, as well as a protector of healthy cells from damage caused by chemotherapy and radiation.

Unfortunately, there’s a scarcity of completed human trials, and those that exist all involve patients with advanced disease undergoing conventional treatments.

A few case histories, however, demonstrate the potential of this diet in the treatment of cancer.

Raffi, a four-year-old with inoperable brain cancer, had three surgeries and several chemotherapy protocols, but all ended in failure. Doctors stopped the five drugs he was taking and put him on a Ketogenic diet with low dose chemotherapy.

Within three months the tumor shrank by 15 percent. After nine months Raffi relied on the diet alone to keep his brain cancer at bay. This choice extended his life by six years. He died aged 13 from complications following the formation of a large inoperable cyst that impinged on his brainstem.

An adult man with brain cancer also found success—and is still alive. After diagnosis of glioblastoma, which has a life expectancy of about 15 months, a 32-year-old British man refused all treatment and chose the Ketogenic diet as the sole therapy.

After three years the tumor grew slowly, and he opted for surgery to reduce its size. At the time the report was published last year, the patient had survived 82 months—more than six years! — with a good quality of life.

It’s important to note that the gentleman has a particular mutation in the tumor that’s believed to have helped him survive. Thomas Seyfried, Boston College Professor of Biology and a co-author of the case report, said, “Our study has identified a novel mechanism by which an acquired somatic mutation acts synergistically with a low carbohydrate, high fat diet to provide long-term management of a deadly brain tumor.”

A few months ago, researchers from Michigan State University published findings from a study involving patients with aggressive brain tumors who undertook a Ketogenic diet for six weeks along with standard therapies.

Three of the patients, aged 22, 28 and 32 at study enrollment, are clinically stable 62 to 80 months later! However, six older patients all died, with disease progression detected, on average, eight months after diagnosis. It’s a pity the study protocol stipulated the diet be stopped at six weeks. We can only speculate on the outcome for the older folks had it been continued.

Over the next few years results of some of the current trials will be published and we’ll have a better idea of the kinds of tumors the Keto diet is good at targeting and more detailed information about how the diet and BHB beverage should be applied in cancer treatment.

But there’s nothing to stop you from using the diet right away, provided you get the assistance of a supportive oncologist to guide you through the process. If I had colorectal or brain cancer, I’d strongly consider it as part of my treatment plan.