Does This High-Tech Prostate Cancer Therapy Actually Live Up to Its Promise? – Cancer Defeated 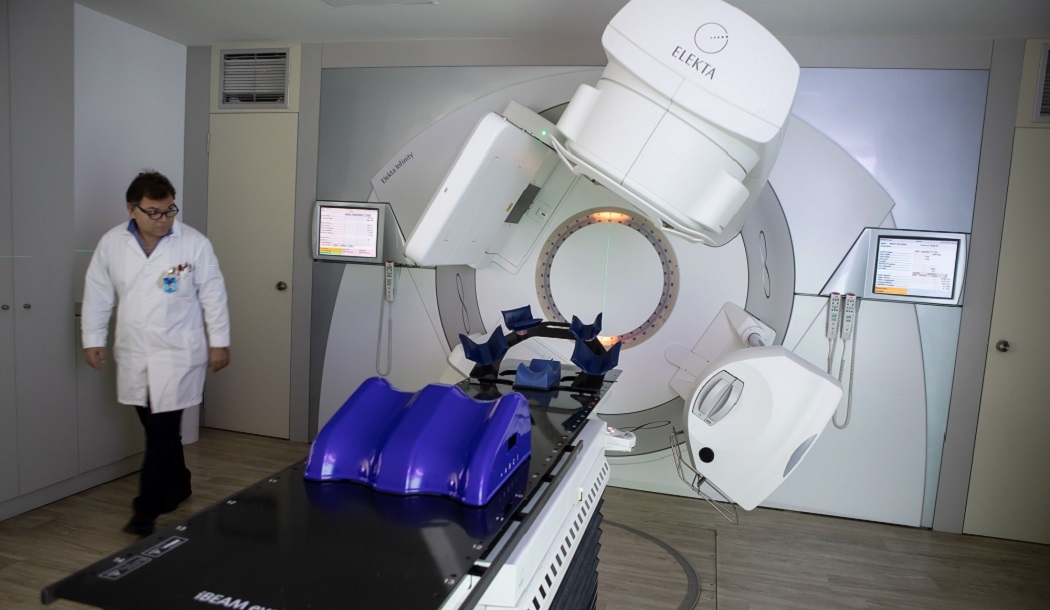 Men diagnosed with prostate cancer face an ever-increasing choice of treatment options. The latest one claims to be a cutting-edge alternative treatment that uses proton beams.

While these proton beams may sound like something from a sci-fi movie, they’ve been an option in cancer care for 50 years. They’re used to treat cancers of the brain, head, neck, spine, eye, pediatric cancers, and now, prostate cancer.

Despite the proton beam boom, the treatment remains highly controversial. The question is, does this therapy live up to its promise?

What is proton beam therapy?

Think of it like this: radiation’s x-rays are like a bullet that enters the body, strikes the tumor, and exits the body on the other side, inflicting major damage along its entire path.

By contrast, protons travel a finite distance proportional to their speed. They deposit most of their energy at the end of their range, in an area called the “Bragg peak.” There’s no exit dose beyond the target and therefore limited physical damage.

As a result, protons allow for precise targeting of cancerous tumors, and in theory, this destroys fewer healthy cells along the way.

What’s more, doctors can customize the therapy so that protons strike within the tumor, no matter what shape it is. They can also use protons to hit the tumor from various directions.

All of this sounds like a win-win, right? Well, not quite. Proton beam therapy does have its limitations.

First of all, proton beam therapy is only suitable for localized tumors, it’s of no use for metastasized tumors, or cancer that’s spread to other areas of the body. That’s fine. You want to treat prostate cancer well before it becomes metastatic.

Perhaps more concerning are studies on proton beam therapy that reveal it’s not side-effect free. Some patients experience gastrointestinal problems, such as diarrhea.

IMRT uses computer models to get a 3D image of the tumor, allowing doctors to hit the tumor from many angles, similar to proton beam therapy. Like proton beam therapy, IMRT was designed to limit damage to healthy surrounding tissues. However, there are side-effects of this treatment as well, mainly pain, loss of sexual ability, damage to the urinary tract and gastrointestinal problems such as diarrhea..

This begs the question, is proton beam therapy better than IMRT?

There’s little data on the benefits and side effects of PT as compared to IMRT. In fact, as of a few years ago, there was no data at all. Information is finally starting to emerge.

The Journal of the American Medical Association (JAMA) published one such study. It analyzed Medicare claims data of 13,000 men with localized prostate cancer. Each had undergone either conventional radiation, IMRT, or PT.

This confirms previous research correlating proton therapy with GI issues. Men undergoing PT had higher rates of GI bleeding and ulceration than others did.

But there’s only one way to know which treatment truly has less risk of side effects, and that’s to conduct a large head-to-head clinical trial. We finally got one such trial in 2018.

The trial examined these two treatments in younger prostate cancer patients, under age 65, who were covered by private insurance.

Also, there’s no data available yet on survival rates, so we don’t know if patients who receive PT have better outcomes than those that receive conventional radiation or IMRT for their cancers, prostate or otherwise.

According to a 2018 article, there are 122 clinical trials on PT that are “ongoing.” Only time will tell whether these trials will compare proton therapy to conventional radiotherapy, but failure to do so will give a one-sided view of PT benefits.

But take note, the lack of survival data for cancer patients undergoing PT hasn’t stopped the building of proton beam therapy centers around the world.

Hang onto your wallet!

These PT facilities are exceedingly expensive to build. Indeed, some have called the proton beam therapy device the most expensive medical device ever built.3

Proton beam therapy isn’t exactly affordable for the patient, either.

Not surprisingly, industry trade groups are demanding more coverage of proton beam therapy by insurers. One such industry group is the Alliance for Proton Therapy Access. This group owns software that generates letters to the editor demanding coverage.

Until the insurance outlook changes, demand for proton therapy is unlikely to increase.

Is proton therapy right for your prostate cancer?

Dr. Jatinder R. Palta is chair of medical physics at Virginia Commonwealth University. He’s also chief physicist for radiation oncology at the Department of Veterans Affairs. He’s a proponent of PT – with a catch.

A study Dr. Palta conducted found no evidence in favor of PT for prostate, lung, and many other cancers. He concluded that it’s not the site of the cancer that makes someone a good candidate for PT therapy, but the way the cancer presents.

In his conclusion, Dr. Palta said PT was only a better choice for five to seven percent of all patients in his study. The exception was for patients with recurring cancers who’d already suffered substantial tissue damage from previous radiation.

My takeaway is that the jury’s still out on the use of proton beam therapy in prostate cancer. If you or a loved one is suffering from prostate cancer, I recommend evaluating all of the options carefully for your specific situation, including proton therapy.