Don’t Let Your Body Be Flooded with Cancer-Friendly Hormones 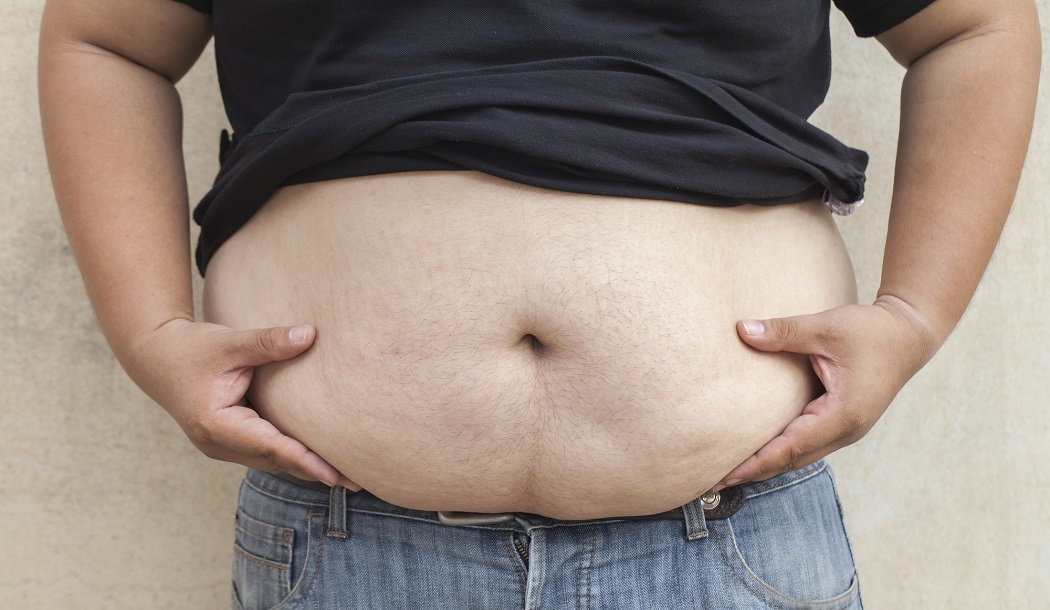 One of the largest glands in your body may be releasing hormones that increase your risk for cancer right now – even as you read this. And chances are, you’re growing more of this glandular tissue every day.

But you don’t have to let it. You can rein it in.

And its reduction could save your life.

Surprisingly, the gland I’m talking about consists of the fat tissue you carry around your waistline. You probably didn’t know it secretes hormones, much less that those hormones can be deadly. . .

The fact is, body fat is a prolific emitter of hormones. According to researchers at York University in England, fat cells release about 400 different hormones called adipokines that get into the bloodstream and travel throughout the body.1

If you are overweight, the hormones from your adipose tissue cause significant inflammation that can lead to cancer and then can stimulate that cancer to grow rapidly. In contrast, the chemicals released from the fat tissue of people who are more muscled with less body fat has the opposite effect.

So it’s not just fat cells per se that raise your risk – it’s the ratio between fat and muscle.

Studies are now indicating that gaining enough weight to be considered obese is rapidly replacing smoking as our central cancer risk factor. Today about 38 million Americans still smoke, but a shocking 80 million are heavy enough to be classified as obese – which represents about 35 percent of the total US population.

That’s why in England, which pretty much has the same obesity epidemic as the US, Cancer Research UK (a cancer research and charity organization) has launched a nationwide campaign to boost awareness of how obesity and cancer are linked.

They point out that obesity now causes more cases of bowel cancer than does smoking. Plus, they add that the same applies to kidney cancer, ovarian cancer and liver cancer.2

If you’ve read a few articles about how cancer cells survive or die in the body, you may remember a description of a cellular process called apoptosis that can wipe out cancer cells. Apoptosis refers to a form of programmed cellular suicide.

Under certain circumstances, the body can fight against cancer cells by causing them to self-destruct via apoptosis. And some natural chemicals found in fruits and vegetables can enhance this aspect of the body’s defense against cancer.

However, research in Spain shows that as your weight goes up and up, the amount of a chemical called survivin that shows up in your blood also goes up and up. The tests in Spain show that levels of survivin are 2.5 times higher in obese people than in slimmer folks. And despite the hormone’s hopeful-sounding name, that’s bad news.

Because the “survive” part of survivin’s name means it helps undesirable cells survive and avoid death as a result of apoptosis.

And the two types of undesirable cells that end up surviving more easily? Stem cells that produce more fat cells and cancer cells.

That’s a double whammy. The fact that you have more survivin in your body means more stem cells are continually maturing into fat cells. Then, as those fat cells increase, more survivin is released that simultaneously perpetuates more fat cells and stimulates more cancer to grow and spread.3

One of cancer’s best friends

Unfortunately, the damage doesn’t stop there: another substance released by body fat called IL-6 can also spur on cancer growth.

Now IL-6 is a bit of a puzzle to researchers. When it is released by the body fat in people who are obese, it increases inflammation and helps cancer become more aggressive. But when the same substance is released by your muscles during exercise, it seems to have the opposite effect. And scientists are still trying to figure out why.

However, there’s no doubt that the IL-6 in obese people is a danger. It’s one of cancer’s best friends. Research shows that when IL-6 promotes cancer it can keep cancer cells from self-destructing in apoptosis, help tumors invade organs, promote the growth of blood vessels to supply cancer cells with nutrients, increase the spread of cancer to other sites in the body, and defend cancer cells from oxidative stress that might otherwise kill them.4

Push back against inflammation

If you’re looking to reduce the inflammatory effects of IL-6 and its effects on cancer, one of the best ways, as you might expect, is to lose weight. Getting rid of some body fat may at least curtail the release of some of the fat-generated IL-6.

Yet another way to bring down IL-6 is to consume a natural chemical found in vegetables called lutein.

According to researchers in Sweden, lutein, the pigment that gives spinach its dark-green color, can help limit IL-6 and the inflammation it causes.5

The Swedish scientists, whose main focus was on how IL-6 can also increase the risk of heart problems, point out that lutein belongs to a family of pigments called carotenoids. Other carotenoids include the lycopene that turns tomatoes red and the beta-carotene that’s responsible for carrots being orange.

The tests in Sweden, performed at Linkoping University, found that lutein is the primo carotenoid for reducing circulating IL-6. As you get more lutein in your diet (or supplements) the IL-6 in your blood drops.

If you decide to consume more lutein-rich spinach, the Swedish researchers recommend you put it in your smoothies and or juice it. When you break up spinach that way, it releases lutein in a way that makes it easier for it to be absorbed.6

On the other hand, the Swedes say not to heat spinach very much because the heating can destroy its lutein.

“Best is not to heat the spinach at all,” recommends researcher Rosanna Chung. “And even better is to make a smoothie and add fat from dairy products, such as cream, milk or yogurt (fat helps lutein get digested in the intestines). When the spinach is chopped into small pieces, more lutein is released from the leaves.”

Other ways to reduce IL-6 or shrink its inflammatory effects include:

Get a good night’s sleep. A study at UCLA suggests that sleeping 7 to 8 hours a night is the sweet spot for controlling IL-6. In this investigation, sleeping either more or less than that amount, or being awakened at night, can cause increases in IL-6.7

Use yoga to limit your stress. Research conducted at the University of Ohio shows that although stress leads to increased IL-6, doing yoga can limit those increases.8

Do some exercise. For reasons researchers have not entirely explained, when IL-6 is released during exercise, instead of helping cancer grow, the IL-6 stimulates the activity of natural killer cells that go after cancer cells.9

It used to be thought that the fat cells we carry around our waist are merely unsightly ways for the body to store extra calories that it doesn’t need. But now we know better. Those cells are busy little hormone factories that feed your cancer risk. The sooner you try to limit their influence on your health, the better off you’ll be.