Eat Like This to Create a “Magic Shield” Against Cancer 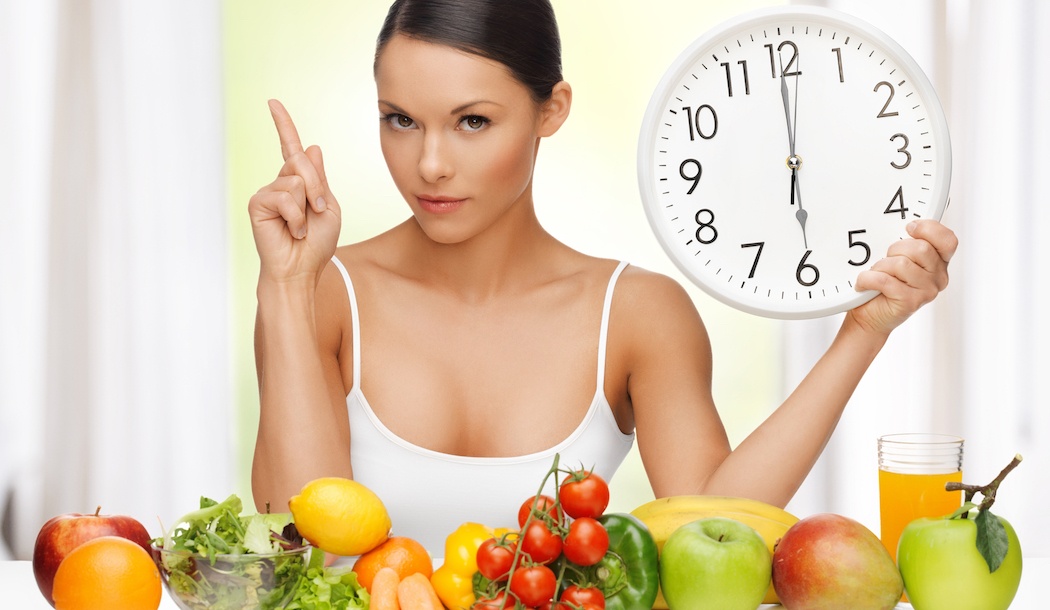 In 2002 Valter Longo, Ph.D. was looking at ways to protect cancer patients from the damaging side effects of chemotherapy.

Based on his experience working in the same lab as a well-known anti-aging scientist named Roy Walford, Dr. Longo knew that in many animals, damaging cellular changes could be prevented and life could be extended by an eye-popping percentage by severely restricting the amount of food the creature was allowed to eat.

The problem for us humans is that, to put this concept to work, you pretty much have to starve yourself.

Unfortunately, long-term calorie restriction also comes with negative effects that make it inappropriate for people with cancer. Studies on mice, however, showed that short periods of fasting could protect cells with few downsides.

Yet when a brief three-day water-only fast was tested in cancer patients, it proved unsuccessful. It was too hard to comply with.

So Dr. Longo and his research team came up with another idea; a short-term, calorie-restricted diet where the patient did not feel like she was starving, yet the health benefits were just as good as those from fasting on water. He called it the fasting-mimicking diet (FMD).

From mouse studies, Dr. Longo and his colleagues at the Andrus Gerontology Center, University of Southern California, Los Angeles, determined that four important changes had to occur in the blood to prove fasting was truly protective.

The researchers were looking for lower levels of glucose and insulin-like growth factor 1 (IGF-1 is implicated in cancer development), higher amounts of ketones (from fat breakdown), and higher levels of growth factor inhibitor (IGFBP1) which neutralizes IGF1.

To successfully produce these outcomes, the scientists created a nutritious diet rich in healthy fats but low in proteins and sugars.

They then tested the fasting-mimicking diet for three days, twice a month in middle-aged mice until they died, comparing the outcome with a control group.

After equally exciting findings from further mouse studies, it was time to test the FMD on humans.

One hundred volunteers adopted FMD for five consecutive days each month for three months. The results were impressive, with risk factors for cancer, cardiovascular disease and diabetes all headed south.

Obese subjects lost over eight pounds and gained muscle mass relative to bodyweight. Participants who tested high at the beginning of the study for blood pressure, cholesterol, IGF-1, C-reactive protein (a measure of inflammation) and triglycerides saw their numbers fall.

Even three months after the test subjects had finished FMD, they were still benefiting from reductions in most of these measures.

Difference between intermittent fasting and FMD

Various types of intermittent fasting programs have become popular today such as the  5:2 diet — fasting on two days of the week, or alternate-day fasting — but these are different from FMD.

In both fasting and FMD the body goes through three stages:

Stage 1: 24 to 30 hours after a meal the body starts using fat for fuel, taps into glycogen (glucose) reserves in the muscles, and generates new liver glucose.

Stage 2: After 48 hours, autophagy is triggered — the process of cleaning up intra-cellular debris, eliminating waste and optimizing function.

Overall, after five days, these changes in physiology:

Intermittent fasting has demonstrated improved well-being in clinical trials – weight loss, improved glucose levels and fat metabolism – but it does not put the body into stages 2 or 3 of fasting or FMD. Intermittent fasting is pretty much a stage 1 affair that doesn’t give the body the opportunity to experience all the above benefits.

What can you eat on FMD?

Day 1: This consists of 1,150 calories. 550 come from vegetables and 550 from nuts and olive oil. Includes 25 grams of plant-based proteins, three or four cups of tea without sugar, unlimited water plus nutritional supplements.

Day 6: FMD is finished, but for the 24 hours of day 6 the diet should consist only of complex carbohydrates with minimal amounts of fish, meat, saturated fats, pastries, cheese, milk etc.

Fasting as effective as chemo

This gave Dr. Longo the idea that fasting would protect healthy cells, shielding them from the worst effects of chemotherapy, while cancer cells would be at their most vulnerable after fasting.

At least that was the theory. FMD had proved itself in mice and humans without cancer, but would it work in practice in human patients?

First, fasting had to be tested in rodents.

In 2008, mice with cancer were subjected to a water fast for several days before receiving multiple cycles of high-dose chemotherapy.

Dr. Longo summed up the findings thus: “In many cases, cycles of fasting (or of a fasting-mimicking diet) are as effective as chemotherapy [and] fasting combined with chemotherapy definitively cured cancer even in the disease’s end stages after it had metastasized.”

Other animal studies found FMD not only made cancer cells more vulnerable to the immune system, but actually supercharged it so it became more aggressive towards the disease.

Testing at six independent labs has shown that FMD protects against the side effects of a wide range of chemo drugs. Together with standard therapy, it boosts effectiveness in over ten different forms of cancer

Dramatic reduction in side effects

When news about a “magic shield” that protects healthy cells from chemotherapy and enhances cancer treatment hit the press, some people improvised, coming up with their own versions of FMD to treat their own cancers.

A number of these contacted Dr. Longo. One was a judge with breast cancer who became cancer free and remains so today. Another was a pilot diagnosed with metastatic kidney cancer. Two years later, he totally overcame the disease and returned to flying.

Dr. Longo managed to obtain ten files on patients who had contacted his lab. They showed considerable reductions in almost all of 14 short term side effects that come with chemotherapy, such as fatigue, weakness, nausea, vomiting and diarrhea.

A study conducted in Germany tested either a four-day FMD or normal eating together with standard therapy in 34 women with ovarian and breast cancer. There were clear reductions in side effects in the FMD group.

Ongoing trials involving more than 300 patients are taking place in the US, the Netherlands and Italy. It will be some time before the final outcomes for cancer patients undergoing combination therapy are known.

Meals in a box

For cancer patients, a program of four-day meal replacement kits has been created that includes everything needed to eat and drink during the FMD. It’s called Chemolieve. This will only become available if trials prove successful.

FMD has not been tested in conjunction with any alternative cancer therapies, but there’s no reason to believe it would not improve results.

For readers who don’t have cancer but want to reduce risk factors for disease and gain the anti-aging benefits of calorie restriction without hunger, a five-day meal replacement kit called Prolon is available now. The box arrives at your door with three meals a day of plant-based foods including soups, snacks, desserts and drinks as well as nutritional supplements.

At least you don’t have to figure out what you’re going to eat for five days.

Let’s leave the last word with Dr. Longo: “Our clinical trials looking into FMD and cancer prevention and treatment are ongoing, but if early results are any indication, it could be a powerful new weapon in the arsenal we have to fight, and one day defeat, cancer.”

Discoveries on how to beat cancer continue to pour in from all over. Even licorice contains a powerful anticancer substance. If you missed this news in our last issue, it’s running again below.