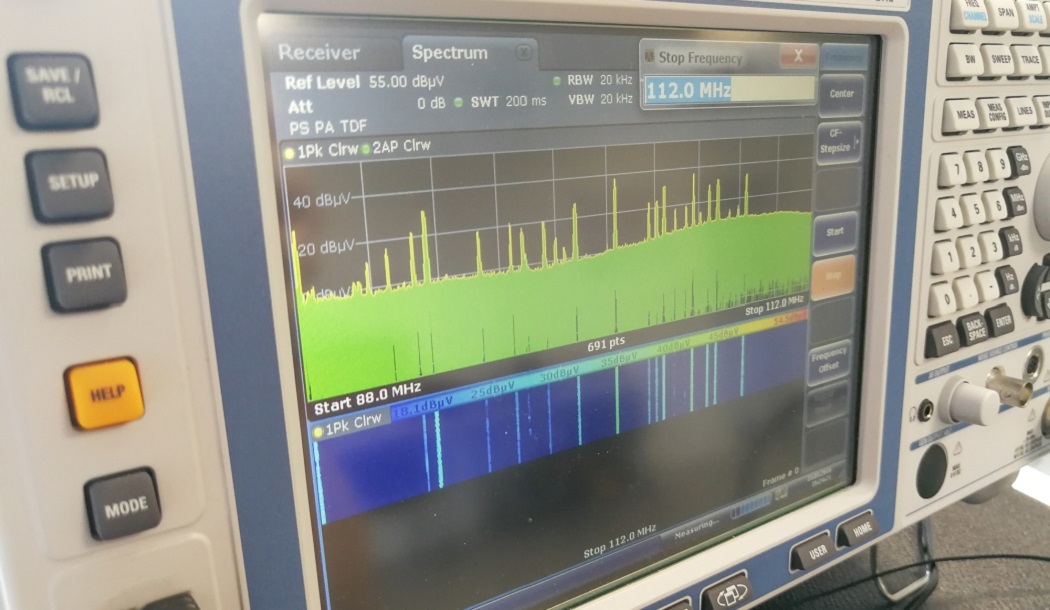 Known as the “Father of Wellness” in chiropractic circles, Dr. John Brimhall owns $300,000 worth of medical equipment which he uses as required to treat his patients.

But he says there is one piece of equipment that stands out from the rest.

If he had to give up all his electromagnetic frequency devices, lasers, oxygen tanks, etc. and keep only one, he said it would be this.

“I’ve seen so many great, great, great things happen. Everything that is imaginable from eyesight to shoulder injuries to polycythemia [high concentration of erythrocytes in the blood].

“One thing you realize pretty quickly is that nothing else does what Bemer can do…All my cancer patients are on Bemer.”

Every cell in the body is powered by tiny electrical charges and has measurable electromagnetic fields.

A little over a century ago, Albert Abrams, an American neurologist, theorized that diseased tissues send out abnormal magnetic waves which could be canceled out if subjected to a counter wave. This, he believed, would heal the affected tissue.

Many others came to agree with Dr. Abrams, suggesting that disease is nothing more than a rogue frequency that can be cured by returning it to normal.

In 1977, a device made in Germany aimed to measure how a patient’s waveform (signal shape) oscillations differed from those of a healthy person, and then use this information to generate and transmit an equal and opposite wave back to the patient, canceling out the disease frequency. This was called bioresonance.

There are many bioresonance machines available today. They are used in Russia, Eastern Europe and Germany to treat arthritis and conditions caused by allergies, toxins, parasites and stress. The Bemer device is perhaps the best known and most popular.

While bioresonance cancels out bad vibrations, other devices aim to direct electromagnetic energy into the body to influence electrical charges and improve the nature of normal cellular activity.

Of course, electromagnetic fields (EMFs) raise alarms with many people these days, as evidence mounts that we’re being harmed by the vast quantity of EMFs being generated in our society by wireless devices. But apparently, EMFs can also be used beneficially. They’re not all bad.

EMFs generated by high voltage power lines are harmful; low powered EMFs, similar in strength to the earth’s magnetic field, are beneficial to health, according to advocates of this therapeutic approach.

In the 1970s, EMFs were found to greatly increase the speed at which bone fractures would heal. It was later discovered that the most effective way of delivering EMFs was in rapid pulses.

PEMF (pulsed electromagnetic field) instruments are being used successfully in disciplines such as orthopedics, urology and neurology to accelerate the healing process and reduce post-surgical complications. This therapy has been shown to lower inflammation, reduce swelling and decrease pain.

Devices vary according to what is being treated. For instance, in some the magnetic fields are created on mats that you lie on. In others they may be pads placed against targeted areas of the body or handheld devices.

Bemer and the microcirculation

Bemer stands for Bio-Electro-Magnetic Energy Regulation. Although it is often referred to as a PEMF device, technically it isn’t. It uses the PEMF frequency as a carrier signal to bring the Bemer patented sine wave into the body.

Although there are various types of waveform such as triangle, square and trapezoid used in PEMF equipment, these are too simple to act on all body cells. Bemer transmits a broad and complex signal designed to reach every cell in the body.

While most people think of the circulation as the blood pumping through arteries and veins, these make up only 26% of the circulatory system. The other 74% is the microcirculation, where the smallest blood vessels and lymphatics are to be found — arterioles, capillaries, venules, initial lymph.

These are where delivery of oxygen and nutrients, removal of metabolic waste, and first response of the immune system takes place.

Bemer’s big advantage among PEMF devices is its exceptional ability to move blood through the microcirculation by improving contractions — wave-like movements — of the blood vessel wall (vasomotion).

Vasomotion declines as we age and when we’re under stress. For instance, a young healthy person may have between 30 and 50 contractions in ten minutes. An elderly person may experience just one contraction in that time period.

A compromised microcirculation causes or is involved with many, perhaps most, diseases. Improving this system helps to regenerate many bodily processes that are not fully functioning or have ceased to function altogether.

Dr. Huxtable says she’s looked at thousands of samples of patients’ blood under a live blood microscope (dark field microscopy) and she says “pretty much everybody’s blood looks like a swamp” because the circulation is clogged up.

“People are basically hypoxic [low in oxygen]. They are not getting blood flow to capillaries….How the heck is anything supposed to get where it’s going?”

Dr. Otto Warburg spelled out almost a century ago that the root cause of cancer was oxygen deficiency, so a poorly functioning microcirculation is highly detrimental.

Once the circulation is opened up and the swamp drained, any healing protocol — diet, nutrients, herbs, and so forth — will be much more effective. Lower doses of drugs can be used to experience the same benefits with reduced side effects.

He found Bemer came out on top by a considerable margin, with a 27% to 31% improvement in vasomotion, microcirculatory blood flow, venous blood return and oxygen utilization.

These are remarkable effects. For instance, physical therapy or exercise can at best improve vasomotion by seven percent. The best medication can only improve microcirculatory blood flow by seven to ten percent.

Bemer’s effects continue to work for ten to twelve hours. As a result, only two eight-minute treatments are needed each day.

In 2015, scientists from Canada demonstrated that exposure inhibited the growth of melanoma and human breast cancer cell lines in culture but didn’t affect the growth of non-malignant cells. Growth was also inhibited in melanoma cells implanted into mice, compared to controls.

In separate studies, researchers from Italy and China found that exposure to low level EMFs also inhibited the growth of colon and bone cancer cells. Colon cancer cells implanted into mice saw up to 50% inhibition in tumor growth after four weeks exposure.

In 2011 a study was carried out to look specifically at the effect of Bemer on tumor growth in experimental mice with T cell lymphoma.

Bemer slowed down tumor growth and prolonged survival. A significant anti-tumor synergizing effect was also noted when Bemer was combined with a less than optimal dose of the chemotherapy drug doxorubicin.

Another Bemer study was carried out by German cancer researchers and published in PLOSOne in 2016.

They also found that a one-time Bemer treatment conducted one hour before radiotherapy for a duration of eight minutes made cancer cells more susceptible to the effects of radiation by increasing reactive oxygen species (free radicals) and inducing DNA damage.

You can buy your own

While Bemer therapy is commonly used in alternative cancer clinics in Germany, it is more difficult to find in the US.

However, Bemer devices are also available to purchase for home use. The therapy has no known contraindications, but cancer patients should discuss its use with an integrative physician who’s familiar with it, as the Bemer signal can be programmed in different ways depending on the problem being addressed.

It’s not just for the sick and injured. Healthy people can use Bemer to stay that way.

According to Dr. Klopp, “We can say without exaggeration that the Bemer system is a groundbreaking innovation for modern preventative medicine. It is the most effective and at the same time the most widely researched physical therapy method available today.”

Our last issue covered a much bigger, more important cause of cancer than EMFs of any kind. If you missed it, you can catch it now just below…