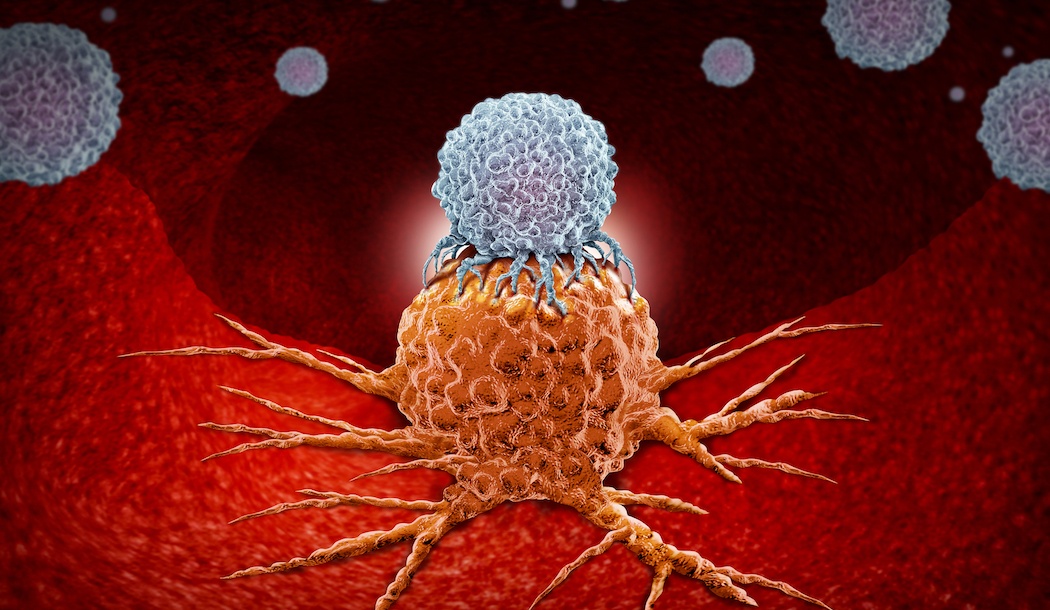 In these pages I keep an eye on developments in mainstream cancer treatments when they seem promising.

Today there’s more cutting-edge science in the field of CAR T cell therapy, which I’ve talked to you about a few times now.

CAR T cell therapy is a type of immunotherapy that takes your own T cells and genetically engineers them to power up your immune response to cancer. It’s a lot like equipping your immune system “soldiers” (your T cells) with new and advanced weapons systems, while still relying on the same army we were all born with. In a sense, it makes your T cells kind of like a bionic character from a comic book: smarter, stronger, and faster.

This therapy represents one of the biggest and brightest advances in fighting cancer in over a decade. But it does come with some risk of side effects, including short-term memory loss and the possibility of cytokine release syndrome (CRS), which can be deadly.

The specifics of CAR T cell therapy first involve taking a patient’s blood and harvesting T cells from it. Lab technicians then insert an artificial receptor (the chimeric antigen receptor, which is where the acronym CAR comes from) into the T cells. These receptors create new surface receptors of their own.

These surface receptors, when put back in the patient’s body, are better equipped than the native ones to recognize and pin down certain proteins found on cancer cells and eradicate them.

The challenge up till now is that the treatment has been approved for only two types of cancer – B-cell acute lymphoblastic leukemia (ALL) and B-cell non-Hodgkin lymphoma (NHL). And on top of those limitations, patients can be accepted only if they’ve undergone at least two other standard treatments that failed them.

Which means you have to suffer through, for example, a full course of chemotherapy or radiation, and all the side effects — without seeing any benefit — to even qualify.

Now it looks like CAR T cell therapy may finally be approved for another type of cancer. A new study shows it may be effective for treating colorectal cancer. At Thomas Jefferson University in Philadelphia, a team of researchers targeted an antigen for colorectal cancer and inserted that into the T cells of mice. The result was a noticeable reduction in tumors and a reduction in metastases.

This is notable for two reasons. One, colon cancer traditionally does not respond to other immunotherapies (like checkpoint inhibitors). And two, the antigen that researchers targeted and tested is found not only in colon cancer but also across several other high-risk cancers such as pancreatic and esophageal.

But one of the reasons I’m covering this treatment again is that it speaks volumes for the power of your own immune system in healing cancer.

Consider that the CAR T cell treatment against leukemia and lymphoma is working better than any previous conventional treatment, better than anyone ever imagined – yet it’s being done using the T cells of patients who’ve already undergone profoundly damaging courses of chemo and radiation. This means their T cells – indeed their entire immune systems – are weakened. And yet many are still overcoming their cancers.

Even the medical community – usually slow to change — has taken notice. Scientists are already working on a way to take donated T cells from healthy individuals to make CAR T cells which would then be given to cancer patients.

It’s an approach being called “off the shelf” CAR T cells, and it ups the chance that the T cells used in treatment are healthy. (But there’s a potential downside, which is that patients’ immune systems may eliminate the foreign T cells.)

The top ways to do it are the ways you already know about – get enough sleep, exercise 30 minutes a day (even if it’s just walking), and eat a primarily plant-based, low-sugar diet.

Immune-boosting supplements are another step you can take, such as mushroom extracts or herbs like ashwagandha and ginseng.

And avoid high levels of alcohol, tobacco products, and stress. If you can’t change much about your life to reduce your stress, worry and pressure, then consider meditation or mindfulness to help cope with it and keep the negative effects at bay.

Given that the cost of CAR T cell treatment is currently somewhere around $356,000, it’s probably worth it to eat a few more salads and take a few more walks to avoid it.

Our last issue featured a food that can help, and it’s even a starch! If you missed this article (and you never imagined someone would tell you potatoes could be healthy), then read it now – it’s running again below.