Five Years Ago, He Had Terminal Cancer… So How is He Cancer-Free? – Cancer Defeated 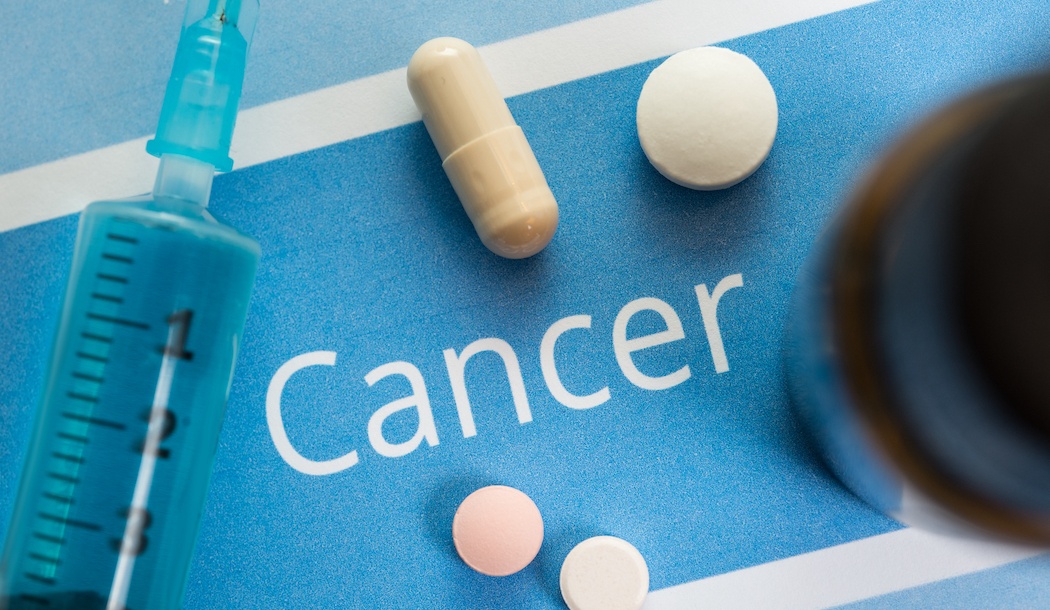 Five years ago, Joe Tippens had stage-4 small cell lung cancer, which metastasized from head to toe. He was told to get his affairs in order.

A few weeks ago, Joe achieved five years in remission with no evidence of disease (NED). His dramatic cancer recovery story has gone viral around the world (even in China, where he’s quite a celebrity). And he looks like the picture of health.

We’ve written about Joe before. But we wanted to know what he’s doing today to stay cancer-free. So, one of our contributors met Joe in person and interviewed him. Here’s what she discovered…

Joe’s cancer treatment protocol began when he was given no chance to survive… a death sentence. A day or two later he learned something that would save his life.

A large animal veterinarian in Oklahoma told him about a Merck veterinary researcher who performed cancer research on mice by injecting them with various types of cancers. Serendipitously, this scientist stumbled upon a canine product (fenbendazole) from Merck’s line that killed these cancers.

Later, this same scientist was diagnosed with stage-4 brain cancer, told there was no hope, and given three months to live. She decided, “What the heck…” and began taking the canine medicine that had killed the mice’s cancers. Six weeks later her cancer was gone.

When the vet told Joe this story, it was an easy leap. Joe had just been told the same thing as the Merck scientist had. If he was going to the grave anyway, he might as well give it a shot.

How Joe healed his incurable cancer

Joe’s early cancer treatment regimen (in 2017) included fenbendazole (“FenBen”) of one gram/day for three consecutive days, then four days off. Repeated weekly. This product is sold as Panacur™ or Safeguard™. He also used these additional therapeutics based on his voracious research:

A few years into the protocol Joe discovered that it’s safe to take FenBen seven days per week, so he increased his dose.

Since cancer is notorious for recurrences, Joe continues to follow his regimen for prevention… and plans to for the rest of his life. However, he recently revamped the rest of his entire cancer treatment protocol.

Joe has scaled back to three days a week on the FenBen, now that he’s been cancer-free for five years. He recommends staying on the seven-day fenbendazole protocol till you’re cancer-free for at least three years.

Based on his extensive research, he’s added things to his protocol. including Frankincense and berberine. All products are in a much more bioavailable form, too. He notes that getting absorption of nutrients into the bloodstream is a bigger problem than most people realize. His new protocol helps address this problem.

Joe spent much of 2021 collaborating with scientists and M.D.’s in the pharmaceutical and nutraceutical space, to develop processes that dramatically improve nutrient delivery into the bloodstream at previously unheard-of levels.

1: Support healthy cell division. Joe consumes cryogenically extracted CEM™ Hemp. Getting the terpenes and cannabinoids from full-spectrum hemp is critical to gaining its best benefits. The product is now cryo-extracted to preserve these substances. It also includes Frankincense and a Nano MCT oil.

2: Support healthy cell life cycles and clearance of dead cells with curcumin. Curcumin was always part of Joe’s protocol. He previously used the most bioavailable curcumin product he could find. He cringes when he relates how much he was depending on a nutrient that’s so extremely challenging to absorb, while fighting a deadly disease. The new product he uses is light years ahead in terms of absorption – at least six times better – thanks to new technology.

3. Support optimal cellular glucose metabolism with berberine. Berberine is known for its effects on insulin resistance and the normalization of blood glucose levels. Since cancer cells use glucose to grow and spread, berberine helps starve those cancer cells. (Incidentally, he also recommends you strip sugar from your diet, but admits he’s poor at practicing what he preaches.)

All three of these nutritional products are available through a company called Ultra Botanica in their Onco-Adjunct line. Joe made it very clear that he makes no money from recommending any of these products, nor does he own any stock or other interest in the company. He simply thinks their products are the best now available for his protocol and he’s been recommending them since late in 2021.

How Fenbendazole works against cancer
(Hint: It’s not the parasites!)

We asked Joe if perhaps the mechanism of action in Fenbendazole was related to its ability to oust parasites, sometimes suggested by parasitologists as a link to cancer. He quickly denied the parasite idea, then expounded on how FenBen does work via three mechanisms. It:

A “Rockstar” even in Communist countries

When Joe first recovered from incurable cancer, he wrote a blog about his journey to help others.

A Chinese student from University of California-San Diego – unbeknownst to Joe – translated Joe’s entire blog into Chinese and posted it on two blogs in China, which then went viral.

One day he got a call from a Chinese phone number and decided to pick it up. Turned out to be a Chinese Communist party reporter, asking him about his protocol.

This guy goes on to tell Joe that tens of thousands of people in China are using the “Joe Tippens protocol” to beat cancer. And that millions are reading his blog. Finally, he told Joe that he’s a real “Rockstar” in their country.

Joe’s disclaimer – and ours…

Joe makes it clear in person, in his blog, and on his Facebook Live recordings that he is not a doctor, nor a scientist. He’s simply telling his own story, which he is uniquely qualified to tell. While others have reported great success following Joe’s protocol, these cases are not clinical trials, and any evidence while exciting is purely anecdotal.

Similarly, we are not doctors or scientists. We simply report what doctors, scientists, and cancer survivors have to say.

When it comes to cancer, it’s important to do your own research and take charge of your own health no matter what treatments you choose.