Fruit Juices Not as Healthy as Most People Assume - Cancer Defeated

Fruit Juices Not as Healthy as Most People Assume 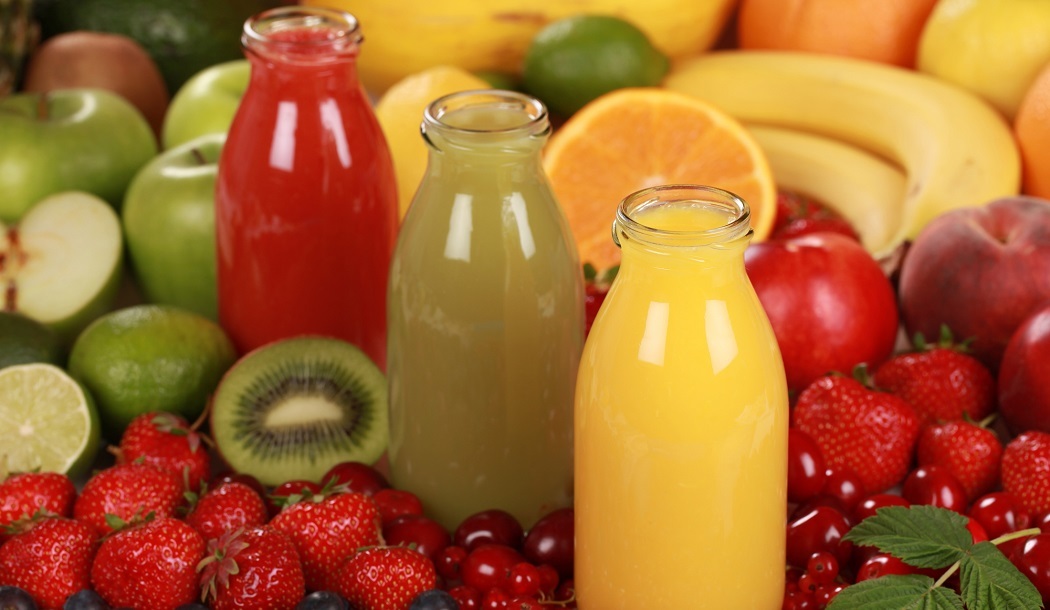 In a world where people drink soda by the gallon (I used to know a woman who had a Coke for breakfast), fruit juice would seem to be the height of good sense. Just about the perfect health habit.

And fruit juices do contain tons of vitamins, minerals and other nutrients it would take a very large book to describe. Sad to say, they also contain a megadose of sugar in a form – liquid – that the body absorbs fast.

As for cancer, there haven’t been enough human studies to prove a direct link to sugar, but the indirect links are overwhelming. Overweight people and those with diabetes or merely prediabetes are at much higher risk of cancer.

And the sheer physiology of cancer suggests sugar must increase your risk: cancer cells take up sugar at a far higher rate than healthy cells. To them it’s a superfood.

So a research group from France decided to carry out a study focusing on sugar sweetened drinks including natural fruit juices.

For lovers of freshly squeezed orange juice, the findings are a bit disturbing. . .

Researchers have thoroughly studied the impact this huge increase has had on cardiovascular disease.

Cardiometabolic refers to fatty deposits in the arteries together with blood sugar irregularities. The number of deaths in the US attributable to these factors from sugary drinks was estimated to be 24,000 in the year 2010.

24,000 additional deaths in just one year from sugary drinks.

Switching to artificially sweetened drinks was initially considered to be an ideal way to lower the risk, but, as Cancer Defeated readers know, these sweeteners themselves turned out to be deadly. They’re linked to a higher incidence of hypertension, type 2 diabetes, obesity, and blood sugar fluctuations.

Since the potential link between sugary drinks and cancer has been little studied compared to cardiovascular disease, researchers from the Sorbonne study center in Paris and the French public health agency took a crack at it. They tracked 101,257 adults, of whom 79% were women, taking part in the NutriNet-Santé study.

This is an ongoing web-based investigation into the impact of diet and lifestyle on health outcomes and mortality in the French population. Everyone taking part is aged 18 and over. Their average age is 42.

Participants’ food consumption was assessed from repeated food intake questionnaires for 3,300 different foods and drinks over a period of up to nine years. It included 97 sugary drinks, defined as having more than 5% sugar, and 12 artificially sweetened beverages.

To ensure their findings were as robust as possible, the volunteers had to fill in five questionnaires in total which asked a number of questions about their background and lifestyle.

The statisticians took into account all these factors and others that could influence the onset of cancer. The research was published in the British Medical Journal in July.

Over the course of the study, 2,193 people were diagnosed with cancer for the first time. Among them were 693 with breast cancer, 291 cases of prostate cancer and another 166 with colorectal cancer.

First, let’s look at the way ALL sugary drinks contributed to these cancer cases.

The study doesn’t say what volume of sugary drinks was downed by these folks, but remember they were in the one-fourth of the whole group that drank the most. If I’m interpreting the tables correctly the amount of total sugary drinks consumed in each quartile was an average of 27.6 ml per day, 57.0, 101.4 and – in the high sugar consumers who had the most cancer — 185.5.

Every 100 ml (nearly 3.5 ounces) increase was linked to an 18% raised risk for cancer overall and a 22% increased risk for breast cancer, compared to the baseline. These are high, scary increases from not even a half cup of the drink.

No link was found for either prostate or colorectal cancer, but this may be because there weren’t enough people with these forms of the disease to establish a link. Remember that four out of five of the participants in the study were women so this study doesn’t tell us much about prostate cancer.

Artificial sweeteners were given a clean bill of health. Same goes for water and unsweetened tea and coffee.

But. . . the news was disappointing for those drinking ‘healthy’ fruit juice purchased from a health food store or who make their own freshly squeezed variety.

The researchers found consumption of pure, 100% fruit juice was significantly associated with the risk of overall cancer. The increased risk was 12% for every 100 ml per day consumed.

That’s not as bad as the 18% increase for sugary drinks in general, but it’s too high for me. I can’t rate fruit juice as a healthy choice.

What might be even more important is that the study marked the first substantial piece of research to link sugar with cancer.

Lead researcher Mathilde Touvier said, “We cannot make a causal inference, but we took into account many demographic and lifestyle factors and the association was still significant.

“The idea is not to avoid foods, just balance the intake. If you consume from time to time a sugary drink it won’t be a problem, but if you drink at least one glass a day it can raise the risk of several diseases — here maybe cancer.”

Nikolai Petrovsky, Professor of Medicine at Flinders University in Australia, and Director of the Department of Diabetes and Endocrinology at Flinders Medical Center, had this to say regarding so called healthy juices:

“The population continues to be conned into thinking that ‘natural’ automatically equates to ‘healthier’ which is simply not the case.

“High sugar natural fruit drinks, which are flourishing worldwide and being marketed as a healthier option by juice and smoothie companies, can be just as bad, if not worse, than the carbonated drinks they are attempting to replace, as in many cases they can have an even higher total sugar content.”

Since obesity is strongly linked to cancer, and sugar is strongly tied to obesity, is this where the connection lies?

Dr. Touvier said that weight gain and obesity caused by excess consumption of sugary drinks “played a role in the association, but they did not explain the whole association.”

So what does explain it? The researchers admit they don’t know, the study wasn’t designed to assess this, but they did suggest possible drivers other than weight gain.

Visceral adiposity: Fat stored around the abdomen, adjacent to many organs such as the liver, pancreas and intestines, influences hormonal function. Sugary drinks are a cause of these visceral fat deposits.

An excess of this biologically active tissue (often seen as pear-shaped, middle-age spread) is connected to many health problems. Emerging evidence links it to cancer, by way of alterations in cell signaling proteins secreted by adipose tissue and in cell signaling pathways.

I’ll just mention that this tissue is also rich in stem cells, so it does seem fat tissue isn’t something that just sits inertly in your body.

What’s more, this tissue harbors an abundance of inflammatory cells that create systemic inflammation and a cancer-friendly environment.

Population studies have already linked excess visceral adiposity to cancers of the breast, colon/rectum and esophagus.

All these factors have been related to breast cancer, liver cancer and cancers linked to diabetes.

Whole fruit contains fiber that slows down absorption and makes it less likely you’ll experience spikes in blood sugar and insulin. I can’t say that whole fruit eliminates the risks seen in juice, but it probably reduces them.

Advanced glycation end products (AGEs): A high dietary sugar intake can lead to the creation of harmful chemicals when sugar bonds with proteins. When AGEs accumulate in tissues they increase inflammation in the body and increase cancer risk.

Dr. Touvier suggests we should only drink fruit juice from time to time and certainly not as much as a cup, which is 236 ml or half a pint.

Switch to oranges, if you must eat fruit. They’re more filling. While a cup of orange juice contains nearly all the sugar from two or three oranges (depending on the size of the oranges), eating one whole orange will probably fill you up.

The peel and flesh of an orange are far more beneficial, in nutritional terms, than the juice, and they also contain compounds with potent anti-cancer activity. I don’t imagine there will be a rush to eat the peel, but it’s good for you.

“This is more reason to reduce consumption of sugary drinks and replace them with water, and consume whole fruits to obtain the vitamins they provide.”