Get Control of the Creatures that Control Your Cancer Risk –And Even Your Mood! – Cancer Defeated

Get Control of the Creatures that Control Your Cancer Risk –And Even Your Mood! 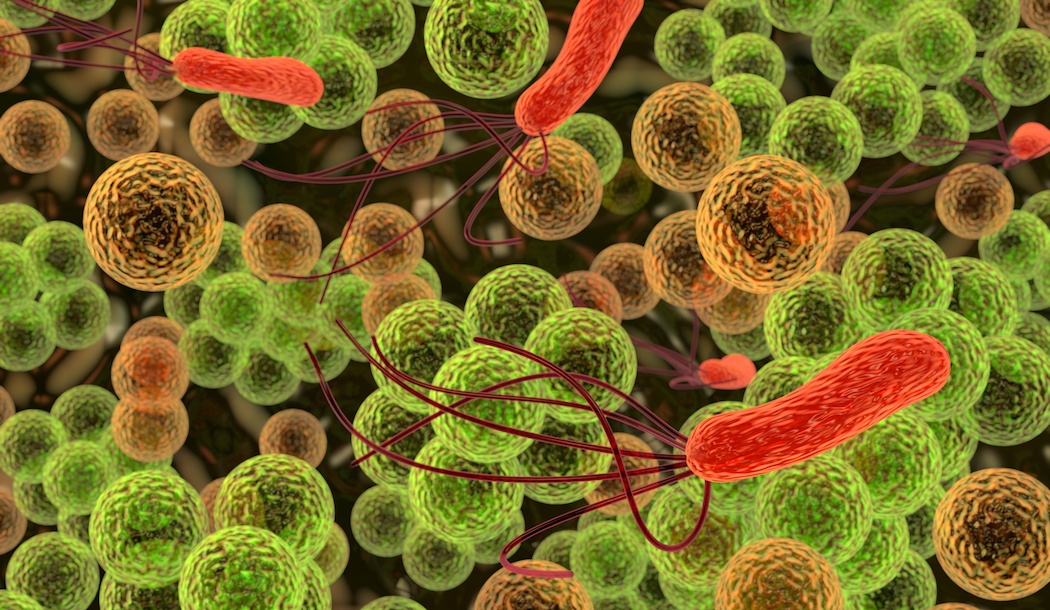 If you’re unhappy or in a bad mood, it could be because of the microbes in your colon. While we like to think we’re the masters of our own destiny, in reality we’re often at the mercy of influences we don’t know about.

Increasing scientific evidence points to the trillions of microbes in your gut as a powerful force not only in your physical well-being, but also your emotions.

And the way those two elements intersect makes a profound difference in your body’s ability to keep cancer cells at bay. They also have an effect on your motivation to stay healthy.

Pay no attention to the microbes behind the curtain

It’s not a huge surprise that your thoughts and gut are linked. Anyone who’s ever felt upset in the stomach because they were anxious or nervous knows what I’m talking about.

But recent research on the connection between the brain and the gut goes way beyond a bad tummy due to a tough week at work or a family quarrel.

Outside upsets like these, the prevailing wisdom is that your mind is in charge, that the human brain is the first to call the shots, and then every other system in your interconnected body falls in line. Yet new research shows us it might be the other way around, or at the very least, that it’s a two-way street.

The connection was first made in a study out of Kyushu University in Japan and published in the Journal of Physiology. When the researchers examined what they called “germ-free” mice, which were mice devoid of any microbes (but otherwise completely normal), they discovered stress had an unusual effect on the mice.

Many researchers believe the difference is due to the vagus nerve, which is like an information superhighway between your brain and your gut, carrying a heavy load of information back and forth.

Scientists have recently pursued these connections one step further to try and figure out how the microbiome – the community of microbes in the colon – affects patients suffering from depression.

Research has already been able to prove that someone diagnosed with clinical depression will have a much less diverse microbiome than someone who is mentally healthy. That’s a remarkable finding all by itself.

This isn’t to say that gut bacteria are the sole cause of depression, but they definitely play a role. According to Professor Ted Dinan of Cork University Hospital in Ireland, a person’s microbiome makes him or her more vulnerable to physical problems and could set the table for depression and a host of other diseases.

He goes on to argue that our lifestyles can significantly weaken gut bacteria, especially if we don’t eat enough fiber. This happens to be the case for most Americans.

Scientists in Cork explored this theory by taking some of the microbiome harvested from patients diagnosed with clinical depression and inserting it into the colons of mice. They found that when you transfer the bacteria, you also transfer the behavior. By simply transplanting microbiome samples, they were able to replicate behavioral signs of depression in the mice. (Obviously, mice can’t tell us how they feel!)

Similar research is underway to study links to the health of the gut in patients with Parkinson’s disease. Researchers have already showed that when it comes to animals that were hardwired to develop Parkinson’s, the disease did not emerge unless certain gut bacteria were present. According to Professor Sarkis Mazmanian, a medical microbiologist from Caltech, Parkinson’s symptoms grew significantly worse for the mice that received stool transplanted from Parkinson’s patients versus the mice that received stool from healthy people.

Far more work needs to be done in this area, but even as it stands, this is an astounding result.

I’ve written before about how the microbes in your gut are able to break down different types of fiber into short-chain fatty acids, which are then absorbed by the body and can have far reaching effects.

This is also one of the reasons why it’s so important to eat a wide variety of plants and fiber-based foods. This nutrient-rich and varied diet feeds a wider variety of gut microbes than the typical diet of processed foods laden with refined carbs.

A diversity of microbes has a significant impact on your immune system and your ability to fight off invading cells including cancer.

It helps to think of your microbiome as your second genome. The mapped human genome, which is the complete set of genetic blueprints for a human being, consists of about 20,000 genes. But if you look at the genes in your microbiome, the number of microbial genes is somewhere between two million and 20 million.

This makes sense, considering your body is really made up of more microbes than human cells. Add the sum of all the cells in your body and you’ll find you’re only 43% human. The rest of you – the microbiome – is a conglomeration of bacteria, fungi, viruses, and single-celled archaea.

Human cells are typically much larger than these microbes, so we’re “mostly human” by weight. But if you go strictly by the number of individual cells – and the number of unique genes – we’re mostly something else: microbes.

The new world of psychobiotics and mood microbes

Some researchers are suggesting we’re on the cusp of a revolution in the way we treat mood disorders, mental health, and disease. If anything, doctors will soon be able to target the microbiome as a way to administer new therapies.

We already know the microbiome affects the way some individuals respond to cancer therapies. Sometime in the future it could even be the means to directly treat cancer itself.

Knowing the role microbes play in depression opens the door to talking about how mood affects all your other actions and your ability to function. If you’re depressed, you’re more likely to engage in unhealthy behavior — drinking, smoking, lying in bed all day, not eating healthy foods. These depression-induced behaviors raise your cancer risk – particularly if you’re already predisposed.

So at the very least, if you commit to improving your microbiota to avoid depression, and stay mentally well enough to take the other essential steps toward staving off cancer like exercising, steering clear of toxic environments and products, and searching out the right balance of healthy foods, you’ll improve your chances of fighting off cancer.

Each new research study on this subject makes it ever more clear how essential good gut health is to long-term wellness.

Here are some of the best ways to improve your gut health:

Our sister company, Green Valley Natural Solutions, recently added a probiotic supplement to its product line. Our formulator researched it carefully and we’re very excited about it. Green Valley wanted to offer a probiotic for years, but we held back because we weren’t satisfied with the options we found. We finally found a combo that meets our high quality standards. Click here to learn more.