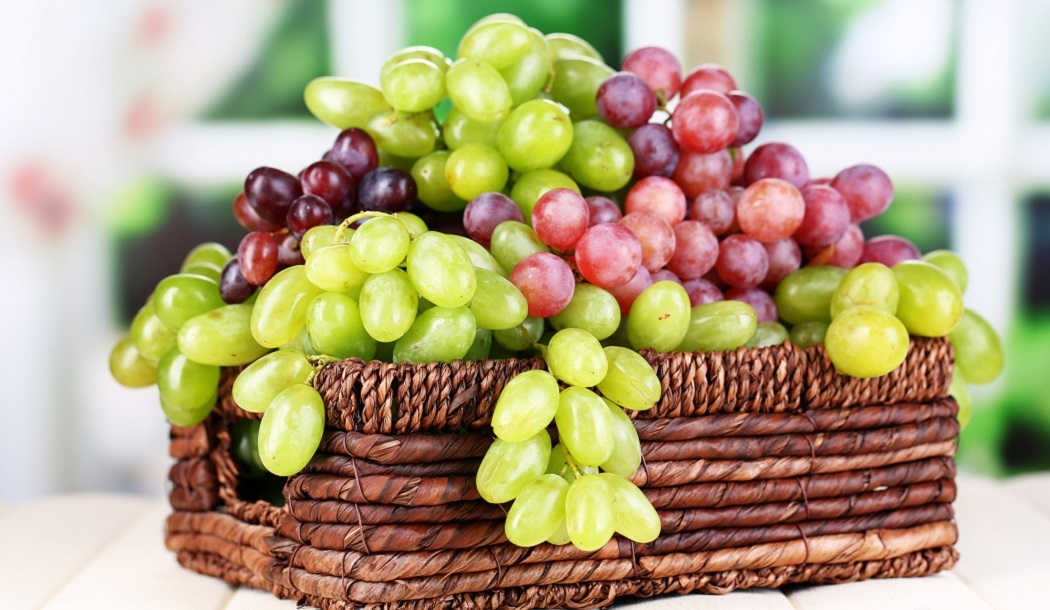 In spite of their love for fatty cheese and cured pork sticks, the French have relatively low levels of coronary heart disease.

Researchers discovered this shocking contradiction in the 1980s, and it became known as The French Paradox. Since then, scientific research has offered an explanation, suggesting the nation is protected by one of its citizens’ other passions – red wine.

When scientists studied red wine, and the red grapes it’s made out of, they discovered the value of plant chemicals called polyphenols. And one in particular is valuable in many areas of health including protection against cancer.

Polyphenols are powerful antioxidant micronutrients found in a wide variety of foods and spices including nuts, beans, soy, tea, chocolate and spices such as cloves as well as many vegetables and fruits such as grapes. You’ve probably heard of the most prominent polyphenol in grapes: resveratrol.

Resveratrol and The French Paradox

Resveratrol became the focus of The French Paradox after researchers spent four decades studying the French diet as a whole. They determined that their love of cheese and meat aside, the French are extremely healthy eaters. Research also found that red wine does have cardiovascular benefits, and perhaps anti-cancer benefits as well.

European research carried out in France and Denmark shows that wine consumption is linked with a decrease of 24 to 31 percent in all-cause mortality, including heart disease and cancer.

Additional research in men found consumption of red wine with meals reduced the susceptibility of LDL (bad) cholesterol to oxidize in the blood, which results in clogged arteries according to some authorities (I’m not a fan of the cholesterol theory of cardiovascular disease).

What’s more, in a dietary study involving people of both genders, researchers found that people eating a diet rich in fruit, vegetables and wine enjoyed the highest levels of protective antioxidants in their bloodstream compared with those who only ate fruits and vegetables but didn’t drink wine, or those who didn’t eat many fruits or vegetables but drank wine.

A number of studies have suggested it’s the resveratrol content of red wine that’s providing the health benefits.

The healing power of stilbenes

Resveratrol is part of a class of biologically active compounds called stilbenes. These are produced by plants to protect against infection, injury, UV radiation and other stressors.

Resveratrol was first isolated in 1940 and is found in more than seventy plant species in widely varying concentrations.

Resveratrol itself has been shown in human trials to have clinical benefits in cardiovascular disease, diabetes, non-alcoholic fatty liver disease, and neurological disorders including Alzheimer’s.

It wasn’t known to have any anti-cancer effects until 1997.

Resveratrol attacks cancer at every stage

In 1997, scientists from the University of Illinois published findings demonstrating that a topical application of resveratrol protects mice from skin cancer.

Many cellular studies followed showing the plant extract has multiple anti-cancer effects, protecting against the formation, promotion and progression of cancer.

Once the cancer process has initiated in a cell, resveratrol is able to help stop its progress through antioxidant and anti-inflammatory mechanisms.

For instance, resveratrol targets COX enzymes. These generate proinflammatory molecules that lead to tumor proliferation. It also downregulates some important cancer signaling pathways called NF-κB, AKT and MAPK that promote inflammation and the growth of cancer.

Even after a tumor has formed, the plant extract can help stop malignancy by inhibiting three processes critical to cancer’s growth:

In addition to the 1997 study, a number of other studies on resveratrol have shown benefits in skin cancer such as reducing formation, volume and multiplication of skin tumors in all stages of the cancer process. Resveratrol also reduced tumor growth in some, but not all types of melanoma cells—the deadliest skin cancer of them all.

Resveratrol is also showing promise in the treatment of other types of cancer.

As with most natural remedies—and even pharmaceutical cancer treatments– resveratrol did not prove effective in all of the studies. Results depended on the type and stage of tumor, the timing and dosage of resveratrol as well as the age and sex of the laboratory mice used in the experiments.

In spite of these promising lab findings, very little data exists for the use of resveratrol in cancer patients.

One randomized double-blind study was carried out on women who were at a higher risk of developing breast cancer. The dose of resveratrol prescribed was based on what is commonly available in health food stores.

After 12 weeks, researchers found positive genetic changes that correlated with increased blood levels of resveratrol. The researchers also found evidence that the plant extract can prevent or slow the development of breast cancer in those at higher risk.

In another study of colorectal cancer patients, researchers gave 20 patients with normal and malignant biopsy samples an oral dose of either 500 mg or one gram of resveratrol each day for eight days prior to surgical removal of diseased tissue. The scientists found the resveratrol resulted in an average five percent reduction in tumor cell growth—remarkable results for such a short period of time.

In a second study, patients with colorectal cancer that had spread to the liver took a once daily dose of resveratrol in a highly absorbable form called SRT501(more common forms of the supplement can have very poor bioavailability). Researchers found a marker of apoptosis increased by a significant 39 percent in liver tissue compared with placebo-treated patients. There were no adverse effects.

But that’s not to say that resveratrol’s
results against all cancers are positive.

In another study, researchers tested resveratrol in twenty-four multiple myeloma patients who were resistant to existing treatment or had relapsed. They gave thirteen patients SRT501 at a dose of one capsule containing five grams per day (that’s an enormous dose). The rest of the patients took resveratrol in combination with another drug.

None of the resveratrol group experienced any response, while there was a partial response in two patients with combination therapy. Unfortunately, SRT501 had many adverse effects in these patients. It caused fatigue, nausea, diarrhea and kidney toxicity. On the basis of this study resveratrol is not considered a viable option in multiple myeloma.

Works better for prevention than treatment

Perhaps the most comprehensive review of the existing research into resveratrol and cancer took place at the University of Kentucky.

Researchers concluded that the most promising use of resveratrol seems to be in cancer prevention rather than treatment.

They write, “…there is some promising evidence that resveratrol can improve metabolic outcomes and could have a major impact on overall health, including decreasing cancer risk.”

In 2017, biologists from Yeshiva University, New York, carried out their own review of human clinical trials of resveratrol against all diseases, not just cancer.

In terms of cancer they wrote that vast amounts of pre-clinical data “provide promising evidence for the use of resveratrol as a cancer therapeutic agent.” However, with so few human clinical trials to go on, they said it really wasn’t possible to know how effective it would be.

They did find that resveratrol would be an effective treatment for neurological disorders, cardiovascular disease and diabetes.

Since resveratrol has so many health-protecting attributes, it’s sensible to make sure the diet contains useful amounts every day. While supplements are available, food is preferable because there’s evidence to show in cancer models that it has synergistic effects with other naturally occurring plant compounds such as quercetin and black tea polyphenols.

Getting resveratrol in your daily diet

The best food sources of resveratrol are red grapes, red wine, grape juice, peanuts and peanut butter. Other good sources are blueberries, bilberries, mulberries, cranberries and dark chocolate with a cocoa content of 70 percent or higher.

But the highest levels of resveratrol are actually in a Traditional Chinese Medicine remedy called Hu Zhang.

Hu Zhang is a formulation of Japanese knotweed (Polygonumcuspidatum) that has been used for centuries to safely treat infection, sore throat, toothache, ulcers, hemorrhoids, chronic bronchitis, inflammation and many other ailments. When sold as a nutritional supplement, resveratrol is derived primarily from Japanese knotweed.