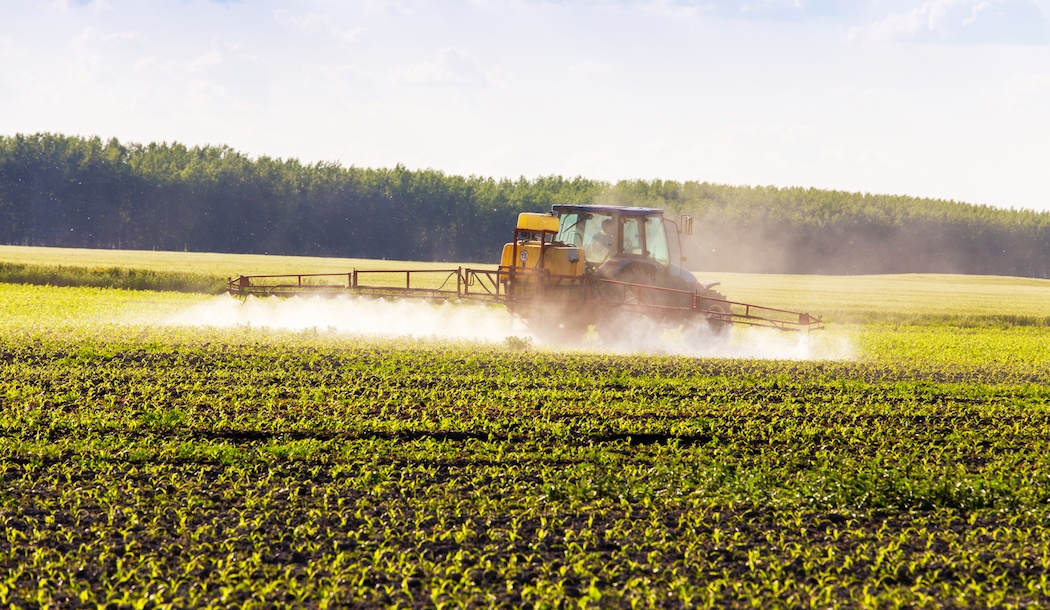 Described by scientists as among the most potent mutation-causing and carcinogenic substances known, these chemicals already destroy a quarter of the entire world’s food crop annually before it even gets to anyone’s plate, and in a bad year the economic losses in just the corn crop alone can top $1.7 billion in the US.

It’s not possible to prevent these toxins from entering the food chain altogether, so foods are tightly regulated — limited to levels that are extremely low. Even so, these chemicals build up in tissues and over time may pose a threat for liver and other cancers.

They’re called aflatoxins. Here’s what you need to know. . .

Aflatoxins were only discovered after the death of 100,000 turkeys in England in 1960. The source was traced to peanut meal feed imported from Brazil. This contained high levels of a mold which produces the toxin.

At least 14 types of aflatoxin occur in nature, but four of them are the ones that are especially dangerous, as these strains are found in all of the major food crops. The culprits are B1, B2, G1 and G2, found in two species of fungi — Aspergillus flavus and Aspergillus parasiticus

The International Agency for Research on Cancer (IARC) classifies aflatoxins as Group 1, meaning they are carcinogenic to humans, with the B1 strain described by one animal feed supplier as “the most carcinogenic natural compound known.”

That should be enough to get our attention. . .

Although the fungi can grow on a wide variety of foodstuffs such as dried fruits, apples and coffee beans, foods that are most likely to contain aflatoxins are listed by the World Health Organization as:

Farm animals can become exposed to aflatoxins in their feed. After ingestion, B1 is metabolized to M1, which is then excreted in milk or can accumulate in tissues. M1 is frequently found in milk and other dairy products. So contaminated meat, milk and dairy are among sources of the toxin for humans. M1 is classified by the IARC as Group 2B – possibly carcinogenic to humans.

Although many food items contain aflatoxins, the greatest risk to Americans comes from regular consumption of peanuts, peanut butter and corn products.

But now a new threat may be emerging. Currently, nine states allow the sale of recreational marijuana. In some of these states it can be sold in the form of edibles and concentrates. These are not yet well regulated.

One of the top food safety hazards for the cannabis industry is….aflatoxins.

The United States Department of Agriculture describes aflatoxins as “unavoidable contaminants of food and feed, even where good manufacturing practices have been followed.” The prevention of aflatoxins is deemed “one of the most challenging toxicology issues of the present time.”

The fungi that produce the toxin can contaminate crops almost any time — in the field, at harvest and during storage. They are remarkably resilient, being able to survive in the soil for extended periods. Conditions that favor their growth at different stages of production are high temperatures and humidity, low rainfall, and insect damage.

The problems caused by these toxins are of most concern in countries with hot, damp climates and inadequate storage facilities. Contamination can be high in sub-Saharan Africa, Southeast Asia and China, a fact reflected in their high rates of liver cancer (hepatocellular carcinoma). However, because other countries import foods from these countries, contamination is seen as a global issue.

According to the IARC, consumption of contaminated food is higher in the US than in Europe or Australia and “relatively high rates of contamination have on occasion been found in the USA.”

Not only is the B1 strain the most harmful, it also occurs the most often. It is metabolized in the liver by detoxification enzymes in the P450 family to 8,9-exo-epoxide, a highly reactive cancer-causing metabolite that binds to DNA (DNA adducts), leading to DNA mutations.

After a review of published human studies, the IARC concluded that “higher exposure to aflatoxins and consumption of aflatoxin-contaminated foods are convincing causes of liver cancer.”

Linked to other cancers

B1 DNA adducts were detected in all tissues examined. Tumors had higher adduct levels than healthy tissue from the same individual — particularly colorectal tumors — and levels increased with the person’s age.

Animal studies have also linked aflatoxins to cancers of the kidney, breast and gallbladder, and a few human studies have associated higher levels of B1 with esophageal, gastric and cervical cancer.

Damaging in parts per billion

Outbreaks of acute poisoning have occurred in India and Kenya, killing hundreds of people, but this level of toxicity is not a concern in the United States or other developed nations that have strong regulations and systems of control.

It’s the slow accumulation of low levels over many years that pose the greatest problem, especially as aflatoxins are just one class of thousands of pollutants we are regularly exposed to.

In the 14th Report on Carcinogens released in 2016, the U.S. Department of Health and Human Services stated that, “In the United States, a 10% excess of primary liver-cell cancer was observed in the Southeast, where the estimated average daily intake of aflatoxin was high, compared with the North and West, areas with low aflatoxin intake.”

While the death rate from all cancers combined actually fell between 2000 and 2016, liver mortality rose by a worrying 43%, causing about 26,000 deaths out of 33,000 people who contract the disease each year.

Because of the strong synergy between aflatoxin and hepatitis B virus, the potency of aflatoxin is substantially — 30 times — higher in carriers of the virus, subjecting them to a far greater risk of liver cancer.

The extreme toxicity of aflatoxins has been demonstrated in many animal studies.

For example, in one rat study, 19 out of 20 fed a diet containing just 50 micrograms per kilogram (50 parts per billion – ppb) of aflatoxin B1 starting at seven weeks of age, developed liver cancer by 19 months of age (equivalent to 70 human years). Three also developed intestinal carcinomas.

The Food and Drug Administration limits most products intended for human consumption to 20 ppb, although feed for breeding beef cattle, pigs and mature hens, and for finishing swine and beef cattle, range from 100 to 300 ppb.

How to limit exposure and protect yourself

In September, PepsiCo, based in New York, had to recall brands of shelled peanuts from multiple countries because of aflatoxin levels that exceeded permitted limits. This appears to have only affected product for export.

Avoiding peanuts and peanut butters is the best way to limit exposure, even where below the permitted 20 ppb. Keeping corn products to a minimum by avoiding processed foods will also reduce exposure.

The WHO recommendations are to:

Liver cleansing and support products are also available such as milk thistle, turmeric, dandelion and glutathione.