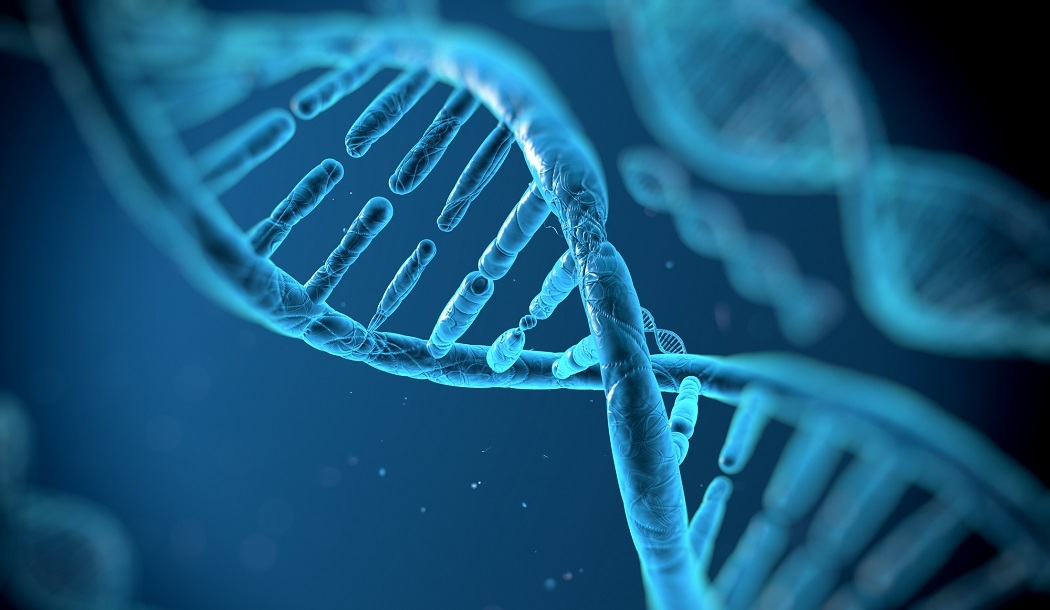 Our genetic material – DNA – embedded in every cell of the body is a complex collection of genes that scientists have been trying to decipher for decades.

Now cancer researchers have uncovered ancient sections of DNA from generations ago that can trigger your immune system to go after tumors and wipe out cancer as though it was an invading infection.

Every cell’s DNA contains master instructions — the code —  for directing how a cell can build the proteins it needs to survive.

When scientists first started to analzye human DNA back in the 1970’s, they found sections that relayed the code for protein construction were just tiny bits of DNA in each cell. These bits were surrounded by much larger sections of genetic material that appeared to be inactive. Some scientists called these large chunks of non-functional DNA “genetic gibberish.”

Francis Crick, one of the famous scientists whose work helped to reveal the double helix structure of DNA, called them “junk DNA.” The name stuck, until recently. That’s when a group of genetic archeologists, as they call themselves, made an important discovery.

“Junk DNA” has a vital purpose

Genetic researchers once thought that only about one to two percent of DNA actually did – or could do – anything, but thanks to ENCODE (the Encyclopedia of DNA Elements) researchers now believe up to 80 percent is functional. It’s probably time to ditch the “junk DNA” misnomer. (ENCODE has coordinated a worldwide effort to interpret the functions of every area of our DNA and is a follow-up to the Human Genome Project.)

But what exactly does this genetic material do?

Although much of this material doesn’t directly lead to coding for protein production, parts of it often regulate the way the parts of DNA devoted to coding go about creating proteins. And that, scientists say, can be used to stimulate the immune system to combat cancer.

“Humans acquired a series of ‘silent’ repetitive elements in our DNA over millions of years of evolution, but it has been unclear why or what purpose they serve,” says researcher Daniel De Carvalho. “As ‘genome archeologists,’ we set out to identify the function of these ‘DNA relics’ and have found that under the right conditions they can be reactivated and stimulate our immune system.”

For example, a study at the Princess Margaret Cancer Center in Canada demonstrates that reactivating silent parts of the genome within a cancer cell can alert immune cells to attack the cancer cells.1 I liken it to a 911 call alerting authorities to a criminal’s location. Now police can coordinate their response and swoop in to apprehend him or her with ease.

Cancer cells have their own,
unique way of fighting back

At the same time, Dr. De Carvalho and his colleagues have also identified an enzyme that cancer cells use to defend against this gene reactivation. The enzyme, called ADAR1, prevents the reactivated genes within the cancer cells from signalling to the immune system that it needs to send its cells to the tumor and attack.

Apparently, the ADAR1 enzyme interferes with the double-stranded RNA produced by the ancient DNA.

Continuing with our 911 analogy, this would be like a criminal jamming the phone’s signal before the emergency call is made. Thankfully, there’s a solution.

Dr. De Carvalho says that simply deleting ADAR1 from cancer cells stops their attempt to derail the immune response. Instead, the ancient, silent, “junk DNA” can easily alert the immune system to kill cancer cells and dismantle tumors from the inside out.

Now researchers are testing epigenetic drugs to activate this “junk DNA” and induce the immune system to kill malignant cells.

Princess Margaret researchers, along with researchers at the Johns Hopkins Kimmel Cancer Center, have discovered a way to stop colon cancer cells from silencing their own genes.2

“A main barrier to immune therapy success has been the tumor’s ability to keep the immune system from functioning against the cancer,” says researcher Stephen Baylin, a professor of cancer research at the Kimmel Cancer Center.

“The immune cells are there,” he continues, “but like an unarmed army, they hang around and do nothing. However, certain epigenetic processes that silence such viral defense genes can be reversed in tumor cells with a demethylating drug, making immunotherapies work more effectively to kill cancer cells.”

According to the researchers, cells in tumors attach tiny portions of chemicals, called methyl groups, to sections of their DNA to switch off particular genes. They say that these switched off sections often contain DNA that’sleftover from previous viral invasions. But removal of the cancer cells’ epigenetic control of these genes, by adding a substance that disrupts this methylation process, allows immune cells to detect the malignant cells as invaders that should be destroyed.3

Important to cancer prevention as well

As research into the relationship between DNA and cancer moves forward, studies reveal that “junk DNA” also plays an important role in the body’s cancer risk. For example, “junk DNA” can:

From what I’ve been able to find, the research into “junk DNA” looks like one of the most exciting areas for new research into how cancer happens and, ultimately, how it can be better treated and prevented. I’m not alone…

Researcher Emily Farthing, who has studied how non-coding genes influence oncogenes, writes, “While minor genetic changes (in non-coding DNA) only have a small impact on cancer risk, the variations are numerous and common in the population. This could begin to explain some of the variation in cancer incidence between individuals and families that cannot be explained through well-known cancer-risk genes or lifestyle factors alone.”