How cancer evades your immune system, and what to do about it – Cancer Defeated

How cancer evades your immune system, and what to do about it 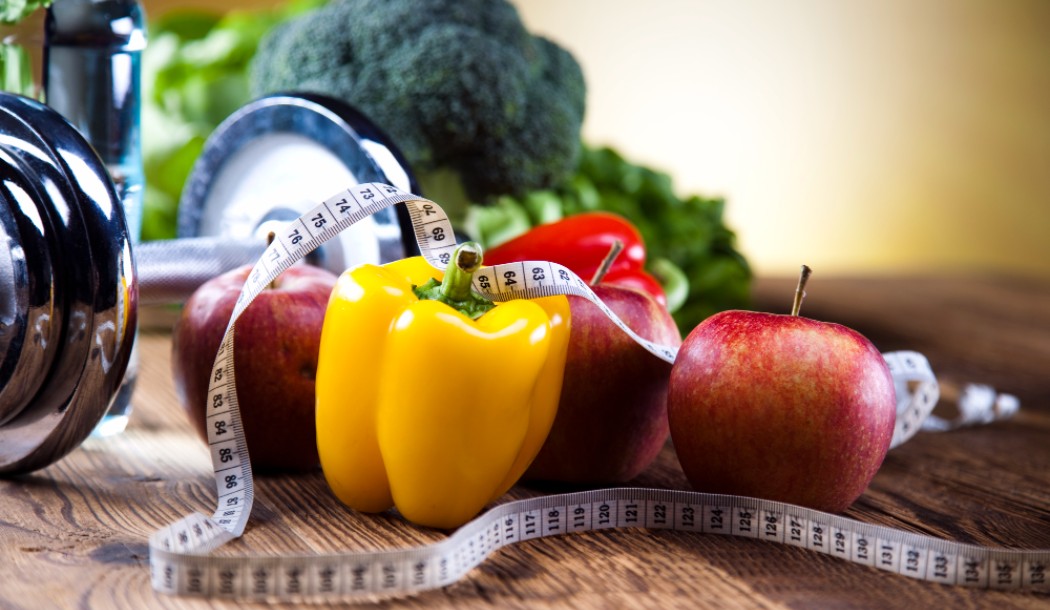 It’s supposed to keep the bad guys out… or take them out if they find their way in.

Yet cancer gets around it. How can that be? If you get a cold, even measles, your immune system eventually defeats it and you get well. If you get cancer. . . many aren’t so lucky.

This is a mystery that has puzzled scientists for decades. Now they think they’re onto an answer.

The immune system is incredibly gifted, adaptable, and multi-faceted. It’s far more intricate than your home’s alarm system or the police force that’s supposed to come running when the home alarm goes off. Your immune system is also essential for your survival. Without it, you’d be dead in a matter of days.

It provides your first line of defense. Without it, you’d constantly succumb to threats from bacteria, viruses, parasites, and yes, cancer cells. Your immune system literally keeps you healthy as you swim through a sea of pathogens every day.

Immune system works most of the time

A vast network of immune cells and tissues constantly monitors for invaders. Once it spots an enemy, it mounts a complex attack on many fronts.

Crucially, your immune system can distinguish friend from foe, self from non-self. It does this by detecting proteins that sit on the surface of cells.

Without getting too complicated, your immune system uses white blood cells (also called leukocytes) to patrol your insides. When they find an intruder, they sound the alarm, signaling other immune cells to join them.

Leukocytes come in two varieties – phagocytes (which are further broken down into neutrophils, monocytes, macrophages, and mast cells) and lymphocytes, comprised of B lymphocytes and T lymphocytes, the latter of which includes helper T cells and killer T cells. (Don’t worry, there’s not going to be a quiz at the end.)

Any substance that sparks an immune response is an antigen. An antigen can be bacteria, fungus, virus, toxin, or foreign body. Tellingly, it can also be a faulty or dead cell. Dead and faulty cells are supposed to be removed by the immune system.

The immune system forms an antibody that is a custom-made warrior designed to fight a specific invader, i.e. antigen. Your body retains an internal copy of this antibody so that if the same type of invader appears again, your immune system can recognize it at once and mount a faster response.

So how do some cancer cells manage to fly under your immune system’s radar?

This was initially discovered in 2009 by Dr. Irving Weissman, director of Stanford’s Institute for Stem Cell Biology and Regenerative Medicine.

More recently, his team discovered another ‘don’t eat me’ signal. This time it comes from a protein called major histocompatibility complex class 1 (MHC class 1), which thwarts your body’s efforts to reduce CD47 levels.

Yet a third protein, LILRB1, also prevents macrophages from attacking and destroying cancer cells. This was proven both in lab testing and in testing of animals with human tumors.

When scientists inhibited both pathways that send those unhelpful ‘don’t eat me’ signals, tumor growth slowed significantly in the mice. The intervention allowed the immune cells to move in and clear out the tumors – which is exactly what your immune system is supposed to do.

Make your immune system stronger any way you can

Given the multi-layered attack that cancer mounts, it stands to reason you want to optimize the function of your immune system in every way you can… not only to fight off cancer, but also because we’re hurtling headlong toward a post-antibiotic world of potential superbug infections.

Other reasons to boost the immune system include the proliferation of autoimmune conditions, or even just the ability to fight the common cold and flu.

The best defense is a strong offense, as they often say in sports. Provide support for the many immune players that help keep you alive. Otherwise it’s like trying to fight an intruder with one hand tied behind your back.

And as you may know, normal immune function declines with increasing age.

Conventional medicine has little to offer to offset that decline. Vaccines and drugs may (or may not) protect against specific pathogens. A far better approach is to change how your body responds to threats by directly boosting your immune function.

What’s more, instead of just thwarting one or two pathogens, you’ll be boosting your response to virtually all pathogens and malignancies at once.1

It really is like adding some crucial new components to your alarm system.

2. Avoid overeating. Overeating or being overweight boosts insulin, which can interfere with your immune system. Eat a balanced diet of natural unprocessed foods. Short-term fasting and overall calorie restriction also boost your white blood cell levels. A good strategy is to make sure there’s at least 12 hours between your last meal of the day and your first one the next morning.

3. Sleep. If you don’t snooze, you lose! Losing sleep can wreak havoc on your health from head to toe.

A 2013 study showed that just one week of sleeping less than six hours triggered changes to more than 700 genes.2

Even one night of sleep deprivation was linked to signs of brain tissue loss.3

In just one night of sleep loss, our clock genes are changed. DNA molecules within clock genes suffer epigenetic changes that affect how genes are expressed. Scientists were stunned at how fast these genes were altered.4

Also after one night you’re hungrier and more prone to overeat, to look tired and beat up (hence the term, beauty sleep), and more likely to have an accident, catch a cold, overreact to a provocation, or have memory problems.

One study showed that mice with fragmented sleep grew tumors twice as large and more aggressive, compared to well-rested mice. According to the study director, it wasn’t the tumor. It was the immune system. Disrupted sleep compromises how your immune system deals with cancer cells.

So set the stage for health. Unplug the TV and electronics, use lower-watt light bulbs after dinner, curl up with a good “real” book (not an e-book, not a thriller), enjoy calm music and/or a warm bath. Then hit the sack nine hours before you need to get up. Your health will thank you. And you’ll find more joy and focus every day too.

2. Colostrum and lactoferrin. Bovine colostrum, the first breast secretion from cows to their newborn calves, is one of the most respected immune boosters.

Lactoferrin is a key protein of human colostrum, extracted and often taken separately as an immune-booster. Japanese researchers found it stopped tumor growth and kept it from spreading in lab animals.

Colostrum and lactoferrin are widely available as supplements.

4. Vitamin D3. Low vitamin D levels gravely impair your immune function. Your chances of colds and cancer rise as your levels of D fall. Sun exposure on bare skin is the best way to boost your D3. But most people will need a supplement if testing shows deficient blood levels.

5. Zinc and selenium. A little goes a long way here. Without them, your white blood cells are handicapped. Low zinc levels are linked to some cancers and angiogenesis.6

A 2016 meta-analysis of 69 studies found that selenium slashes your risk of cancers of the breast, lungs, esophagus, stomach, and prostate.7 A 2015 study showed its benefits against colorectal cancer, especially in women.8

6. Vitamin C. High-dose vitamin C has been studied as a cancer treatment for decades. Studies show that high doses may slow the growth and/or spread of cancers of the prostate, pancreas, liver, colon, and more.9

While high-dose vitamin C isn’t practical for healthy people (normally we can’t take more than roughly ten grams a day without getting diarrhea), the effects of this therapy point up why it’s so important to take your regular daily “low dose.”

Animal studies show that high-dose C blocks tumor growth in some pancreatic, liver, prostate, and ovarian cancers, as well as sarcoma and malignant mesothelioma. It also improves quality of life, and it achieves all this with very few side effects.10

Since very high doses can cause GI distress, liposomal C or intravenous C is often used to sidestep that effect. It’s a doctor-administered therapy – essential, in my opinion, if you get cancer. If you’re healthy, take several grams of C a day at home.

Curcumin is the most commonly marketed active ingredient in turmeric. The names are sometimes used interchangeably, but they really shouldn’t be. Both have benefits.

Turmeric is the whole food containing all the natural bioflavonoids. Curcumin is a standardized extract of key curcuminoids.

You’ll want supplements, not the spice on your spice shelf, to reap the most benefit from it. Look for supplements combined with nutrients that make it more bioavailable…

Dr. Michael Greger, M.D., says that piperine, the chemical in black pepper that gives it its pungent flavor, boosts curcumin absorption by up to 2,000%.12

Human studies with EMRB supplements are just as impressive.

In a study of 48 patients (median age 65) with multiple myeloma, a blood cancer, 2,000 mg/day for three months produced an astounding 84% increase in NK cell activity by the end of the second month.15

As good as this sounds, some researchers caution against ongoing hyper-stimulation of NK cells.16

Instead, they recommend that mature adults take EMRB during flu season, when your NK cell activity is most critical for acute illnesses. Your body will also purge pre-cancerous cells and other damaged cells then. Focus on other immune building supplements the rest of the year.

So there you have it… Three lifestyle “hacks” and seven potent supplements that lock out nasty intruders with beefed up defenses. This will give you a good shot at a powerful, life-saving immune system.