How Gum Disease Can Spread Cancer All Over Your Body 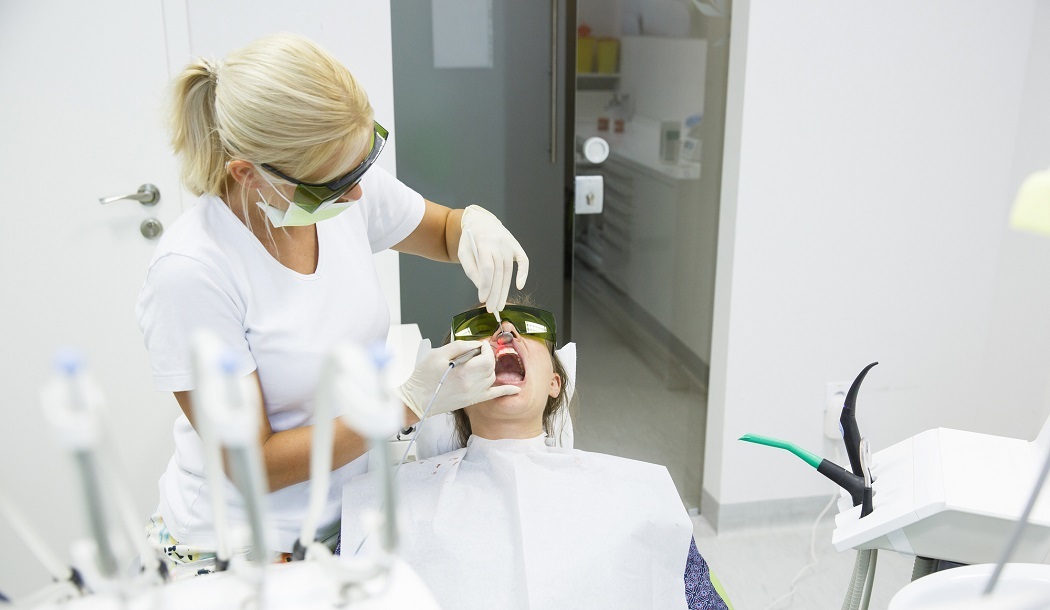 Gum disease isn’t just bad news for your teeth, but for your entire body.

As the Chief Executive of the British Dental Health Foundation, Dr. Nigel Carter, explains, “The link between oral health and overall body health is well documented and backed by robust scientific evidence.

“Despite this,” he continues, “only one in six people realizes that people with gum disease may have an increased risk of stroke or diabetes. And only one in three is aware of the heart disease link.”

I should add that research also links gum disease with a higher risk of dementia.

Now, there’s growing evidence that gum disease can dramatically increase your risk of many forms of cancer, too.

Periodontal (gum) disease is the most common cause of tooth loss among adults, with the incidence rising with age. According to the Centers for Disease Control (CDC), gum disease affects 47.2 percent of adults aged 30 and older, rising to 70.1 percent for those aged 65 and older.

So, what exactly is gum disease?

Gum disease begins when bacteria eat away at gum tissue, allowing the bacteria to enter the bloodstream. Studies show up to 100 million bacteria can live on a single tooth of a person with gum disease!

Studies have found these strains of bacteria in organs all over the body, from tissues in the heart and brain to the colon.

Three decades ago, scientists found that poor oral hygiene and missing teeth were strong risk factors for oral cancer. Since then, a large number of studies have been carried out that link gum disease and tooth loss to an increased risk of developing many types of cancer in other parts of the body.

In 2018, Dominique Michaud of Tufts University led what she described as “the largest study addressing the association of gum disease and cancer risk using dental examinations to measure gum disease prior to cancer diagnosis.”

The study, which examined 7,466 adults over 15 years, found a 24 percent increased risk of any cancer for those with severe periodontitis compared with those who were free of gum disease or only had it in a mild form.

Looking at specific cancers, even after taking smoking and other factors into account, the risk for lung cancer more than doubled, shooting up 2.33 fold.

And among those who had never smoked, the risk of colon cancer doubled for those whose gum disease was severe, compared to those with mild gum disease or no gum disease at all. Professor Michaud noted that this finding was particularly interesting in light of recent research that found gum disease bacteria in colon cancer tissues.

The Tufts team also reviewed 46 studies examining the relationship between oral health and risk of cancer. They found positive associations between gum disease and cancers of the lung, pancreas, head and neck.

In 2007, when Prof. Michaud was a researcher with the Harvard School of Public Health (HSPH), she joined researchers with the Dana-Farber Cancer Institute to carry out a 16-year study on gum disease and pancreatic cancer in 51,529 men.

Two previous studies had already found a link but researchers did not adjust their results for smoking, which greatly increases the risk of both gum disease and pancreatic cancer. The Harvard study adjusted for smoking and a large number of other factors as well.

“Our study provides the first strong evidence that periodontal disease may increase the risk of pancreatic cancer,” Prof. Michaud said at the time. “This finding is of significance as it may provide some new insights into the mechanism of this highly fatal disease. Most convincing was our finding that never-smokers had a two-fold increase in risk of pancreatic cancer.”

Prof. Michaud speculated on the possible reasons for the link, saying, “Individuals with periodontal disease have elevated serum biomarkers of systemic inflammation, such as C-reactive protein, and these may somehow contribute to the promotion of cancer cells.”

She also thought that poor oral hygiene and gum disease could promote the formation of nitrosamines — known carcinogens — in the oral cavity.

In a study published two years ago, scientists directly measured bacteria in the mouth.

They found people with P. gingivalis had a 60 percent higher risk of developing pancreatic cancer compared to those without this bacterium. And those with Aggregatibacteractinomycetemcomitans, which also causes gum disease, more than doubled the risk of pancreatic cancer.

Senior investigator JiyoungAhn, from New York University School of Medicine and the Perlmutter Cancer Center, announced, “Our study offers the first direct evidence that specific changes in the microbial mix in the mouth—the oral microbiome—represent a likely risk factor for pancreatic cancer.”

Two bacterial culprits out of 300

Over a ten-year period, Prof. Ahn and her research team analyzed data covering more than 120,000 healthy adults aged between 50 and 75.

They found that P. gingivaliswas one of the culprits, and they also discovered a 21 percent increased risk of esophageal cancer tied to the presence of Tannerella forsythia, another bacterial strain commonly found in people with gum disease.

This was the first study to identify which among nearly 300 kinds of bacteria commonly found in the mouth are statistically linked to the risk of getting cancer.

Then, a few months ago, researchers from Harvard T.H. Chan School of Public Health in Boston published findings similar to Prof. Ahn’s, showing that those with a history of gum disease have a higher risk of developing esophageal and gastric cancer.

The Harvard researchers followed nearly 150,000 health professionals for up to 28 years. Those with a history of periodontal disease had a 43 percent higher risk of esophageal cancer and a 52 percent increased risk of gastric cancer.

Mingyang Song, who led the group, said the large number of people involved, the long follow up period and “rigorous control” for the impact of lifestyle added strength to their findings.

Proving cause and effect is challenging

In the most recent review of gum disease and cancer, published in the journal Periodontology 2000 in June, researchers from The State University of New York, Buffalo, concluded that even though proving cause and effect remains a challenge, the evidence points to a positive relationship between gum disease and cancer, with the risk being higher for tissues closer to the oral cavity.

Prof. Michaud has been studying the relationship between gum disease and cancer for over a decade.  She explained, “Whether the impact of periodontal disease on cancer risk is a direct effect or a consequence of shared genetic and/or environmental factors is extremely difficult to untangle.”

It isn’t clear whether systemic inflammation is the culprit or whether bacteria alter the immune response in the tissues they attach to.

“Whether [it] causes cancer, I can’t say for sure yet,” she added, “but it’s important to make patients aware of their periodontal disease status and encourage them to treat it.”

I couldn’t agree more. Not only will treating gum disease probably protect you against cancer, but it will improve the health of your heart and your brain, too.

Treat gum disease for
a healthier heart and brain

It’s important to remember that once bacteria from your gums enter the bloodstream, they can attach themselves to arteries and heart valves, promoting inflammation. If the immune system can’t deal with the inflammation, it may eventually damage these structures and cause coronary heart disease.

Gum bacteria are also known to cause endocarditis, inflammation of the inner lining of the heart, a condition that can be fatal.

Researchers from the United Kingdom found that those with moderate to severe gum disease had a 69 percent higher risk of developing type 2 diabetes. This is because, as with any serious infection, signaling proteins involved with inflammation can induce insulin resistance, allowing blood sugar levels to rise.

Other researchers have found that periodontal disease significantly increases the risk of ischemic stroke — the type that cuts off the blood supply to the brain — because of plaque buildup that narrows brain arteries.

Gum disease may also play a pivotal role in the development of Alzheimer’s, according to research published last year. Scientists found Porphyromonasgingivalis, a major pathogen of periodontal disease, in the brains of almost all of the people they tested who died of Alzheimer’s.

The message is clear…

If you want to lower the risk of the two major killers — cardiovascular disease and cancer — while keeping your memory sharp, make sure you brush your teeth at least daily, floss between your teeth, and have regular dental checkups to keep your gums healthy. I also recommend using a germicidal mouthwash several times a week.