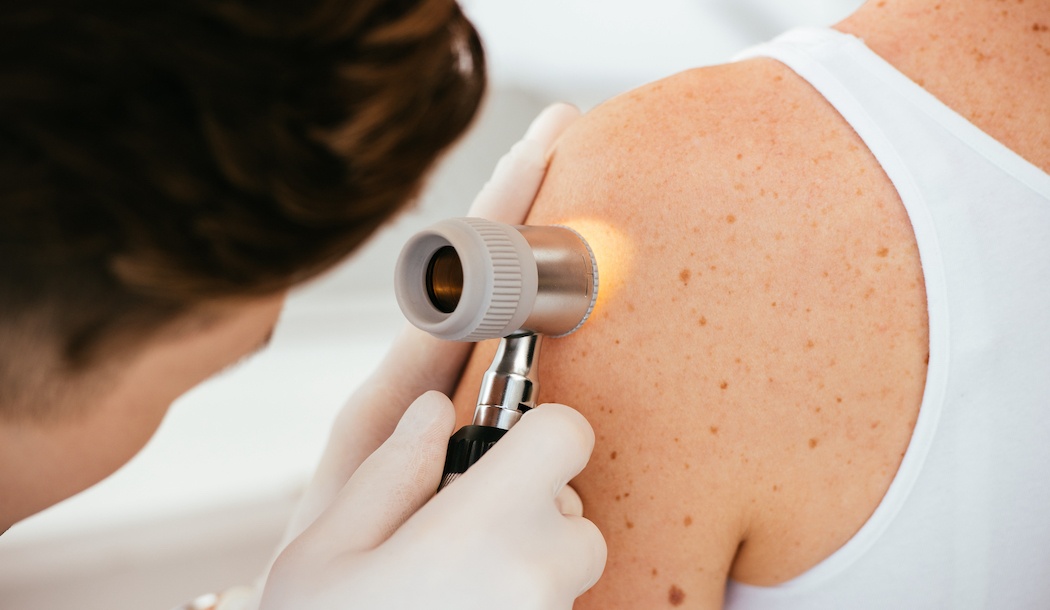 “I was living the American dream… felt virtuous, proud, wise, and sometimes even invincible…”

Thus begins the true story of James Templeton, as he tells it in the book, I Used to Have Cancer: How I Found My Own Way Back to Health.

James had lost his father, grandfather, and other relatives at young ages to heart disease. To prevent a similar fate, he became obsessed with long distance running.

Then, at age 32, his world imploded. The doctor told him, “I have good news and bad news. The good news is that you have melanoma.”

He thought to himself, “How on earth can that be good news?”

“We think we’ve got it all. We couldn’t find any melanoma around the incision area. This means, hopefully, that it hasn’t spread.”

“The bad news,” he continued, “is that it was very deep. Which means this is stage IV melanoma.”

James felt like he was dying on the inside. He had a wife and a young daughter.

Cancer – and his panicky response to it – cost him his marriage. The fun-loving guy his wife had married was no longer there. His ambition was gone, too.

Then the cancer spread…

James was subsequently told that the cancer had spread to his lymph nodes, which they surgically removed.

When he awoke from surgery, the incision was much longer than he expected. Not a good sign.

His oncologist recommended 80 experimental treatments of hyperthermia with chemotherapy. Even then the doctors said James only had a 20 percent chance of surviving three to five years.

If he refused treatment, then he had very little time left. It was the best they could offer.

James started the treatments, but after only five he felt worse than he’d ever felt in his entire life.

There was a silver lining, however. During the first week of chemotherapy, a series of phone calls and visits were the catalyst to save his life.

The first encouragement James had was from his pastor, who told him not to give in, to get in there and fight! After which he prayed one of the most intense and heart-felt prayers of his entire life.

Twenty minutes later, a college friend whom he hadn’t seen in seven years showed up with some papers about some guy who cured himself of cancer using the macrobiotic diet.

Next day came a second knock on his door, his mother, with the book, Vitamin C and Cancer by Dr. Linus Pauling.

The third knock on the door was the hospital psychotherapist. They met the next day. The psychotherapist swore James to secrecy due to job security and pension concerns, then told him how he’d heard a lot of success stories about the macrobiotic diet and lifestyle for critically ill cancer patients. He also warned James that it was not an easy road and required a lot of time and energy.

Full of hope and a new plan, James was ready for a fresh start. He was not about to give in to Stage IV melanoma without a fight.

At this point James had barely survived treatments that put him in the worst agony he’d ever known. He was still sore from surgery. He’d been to hell and back during five long days of treatments. Still, he was highly motivated to implement several therapies the others had shared with him– a macrobiotic diet, exercise, walking, supplements and more.

The journey was a slow one, however James saw positive changes, and with each one, felt even more certain that he was walking the right path. Soon, James had returned to work, and the rest of the time he spent managing his do-it-yourself treatment plan.

About the time James finally started feeling like himself again, it was time for more chemotherapy – round two.

While checking in, he met a woman who remarked, “I can’t wait to get my chemo and return to normal life again.”

As he lay in the hospital bed awaiting the second round of treatments, he thought maybe his relatives had been better off dying quickly.

The entire chemotherapy floor sounded like a torture chamber at night. People on the floor died. Including that woman he met during the admissions process.

One especially bad day that week, James realized that he was growing weaker with each passing day. He wasn’t sure he’d make it out alive. He came out of his drug-induced stupor long enough to determine to get out of that hospital before it was too late.

He had a heart-to-heart talk with the oncologist who as much as admitted the treatments weren’t doing any good, yet still advised continuing them.

He figured if he was this sick and had not even completed ten of the prescribed 80 treatments, he’d be dead long before 80.

Besides, if alternative treatments could work for others, why couldn’t they work for him? He wouldn’t know until he tried.

So, he devised a plan.

At 2 am James knew it was time. He executed his daring plot to escape the hospital and take full responsibility for his own health. No looking back.

Today it has been more than 30 years since his ordeal and he’s glad he took the path he did. What’s more, James has looked back. And not just to ponder how he survived his ordeal, but to help others.

James writes about what he did right in his fight to live, acknowledging not only the things he did to help heal his cancer but also the mistakes he made to promote cancer growth– including environmental toxins, poor diet, and emotional pain.

James learned about the dangers of parasites in cancer and many chronic diseases. He discovered the risks of dental problems and amalgam fillings, and how your mouth foretells your overall health.

Knowledge is vital for healing

He learned there’s one very powerful antidote to fear in cancer– and that’s knowledge. If you or a loved one are faced with cancer—or any other chronic illness– read and study everything you can. Ask questions, make phone calls, evaluate your options.

James advises all of us to reduce our toxic overload by considering:

Your body can truly be self-healing when you stop bombarding it with poisons, supply it with deep nutritional support and get as close to nature as possible.

The survival of James Templeton—and many others—proves that cancer does not have to be a death sentence. His book, I Used to Have Cancer: How I Found My Own Way Back to Health, is available on Amazon.

You can also read more about James and his pathway to healing on his website, Templeton Wellness Foundation.