How Juice Can Detoxify Your Body Naturally – Cancer Defeated

How Juice Can Detoxify Your Body Naturally 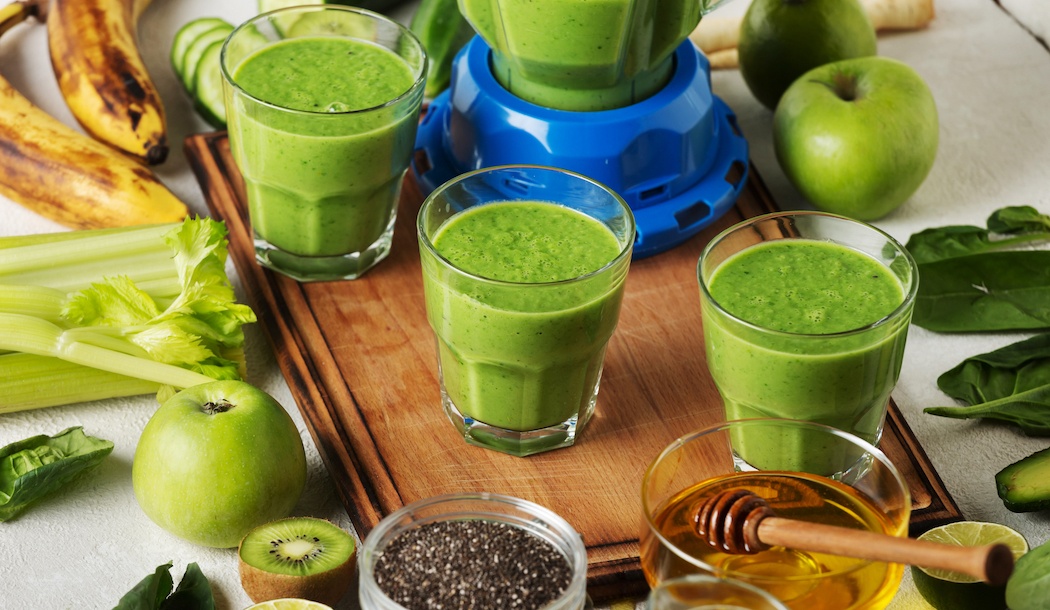 Breakthroughs in Cancer  Treatment From
“The Truth About  Cancer [LIVE]” Conference

This is the second of two reports about Ty Bollinger’s 2021 “The Truth About Cancer [LIVE]” conference at the Gaylord Opryland Resort and Convention Center in Nashville, Tennessee.

Probably the #1 expert on juicing is Cherie Calbom, the author of Juicing for Life. She’s known for saying “Let juice be your medicine and your medicine be your juice.” She practices what she preaches, and her story of recovery is extraordinary.

Juicing changed her life when she was suffering from Chronic Fatigue Syndrome (CFS) and fibromyalgia. Conventional doctors gave her no hope. At that time, she had a habit of eating junk food, fast food, and lots of sugar.

That all changed when she got her first juicer…

After buying her first juicer, Cherie Calbom went on a five-day juice fast, and on the fifth day her body expelled a tumor the size of a golf ball. As Ms. Calbom tells it, the tumor had blue blood vessels attached to it, and she’s convinced that the juices were “nature’s scissors, cutting off the tumor’s blood supply.” Her body began a journey of healing and rejuvenation.

She continued juicing while eating whole foods and lots of vegetables. After three months she felt fabulous, as if she’d gotten a new body. She calls what she did “the best cure on earth”!

Then she got careless and resumed eating some junk food. The return of her bad symptoms was the wakeup call she needed to get back on the straight and narrow. She admitted “it’s hard to make changes and give up our favorite things like sweets. But stick with the changes because they pay off, and you’ll feel better.”

Ms. Calbom says that juice is medicine because it’s full of vitamins, minerals, enzymes, phytonutrients, and biophotons. She recommends drinking a big glass of juice in the morning.

If you don’t yet have a juicer, what kind of juicer should you buy? She said, “the best juicer is the one you’ll use every day!” Without hesitation she said her “new favorite juicer” is the Nama J2 model because “you don’t have to push your produce through.” She told the audience that if you go to her website — JuiceLadyInfo.com — you can use the code “JuiceLady” and get the Nama J2 for ten percent off. Her website also has a wealth of information about juicing, including her books and instructions for doing a five-day juice fast, a 30-day detox, and other juicing options.

What are the benefits of juicing and juice fasting? Some of the benefits Ms. Calbom listed are detoxification, no more brain fog, getting rid of aches and pains, a stronger immune system, and looking and feeling younger.

Ms. Calbom called celery juice “amazing” and said it’s much more than just water. It’s jam-packed with phytonutrients that fight angiogenesis (the process by which blood vessels are formed to nourish tumors) and also lower high blood pressure. She recommends drinking 16 ounces of plain celery juice on an empty stomach first thing in the morning because “it’s a great way to start your day. Fights cancer! Inhibits angiogenesis!” She said the leaves of the celery should be juiced along with the celery sticks.

Ms. Calbom offers hope to those who regret that they were injected with one or more of the COVID vaccines. She says, “Do you regret the COVID jab? Juice! Cleanse your body!” To detox from the jab, she also recommends a detox bath with these ingredients in your bathwater: 3 cups baking soda, 1 cup Epsom salts, 1 cup borax, 1 cup pink Himalayan salt. Soak for 20 minutes, and do it every day.

For cancer patients who need to recover from radiation, she recommends these ingredients in your bathwater: 1 cup sea salt, 1 cup Epsom salts, and 1 cup borax.

Most remarkable was Ms. Calbom’s miraculous recovery from a catastrophic injury. A year after she recovered from Chronic Fatigue Syndrome, three teenagers broke into her house. One tried to bash her head with a pipe, but she put up her hand to protect her head. As a result, her hand was destroyed, and her knuckles were pulverized. The doctor told her, “You’ll never use your hand again.”

She prayed for God to let her know if her hand would heal. One day she heard an audible voice, which Ms. Calbom said was “the voice of an angel.” The voice told her, “One day your hand will be completely normal.” She held up her “hopeless” hand and manipulated it in various ways to demonstrate full function and prove that her hand was completely normal, as the mysterious voice had predicted. The doctor who’d said, “You’ll never use your hand again,” was flat-out wrong.

She gave her body the right nutrition, and she experienced a miracle.

In addition to the books and other materials and products on Ms. Calbom’s website, she also offers in-person retreats to get people started on juicing and raw foods.

Immune system is a masterpiece of God

Dr. Daniel Nuzum, who lives in Meridian, Idaho, gave a presentation about “God’s Perfect Design — Your Immune System.” He said, “Your immune system should never harm you. It should sense what’s going on in your internal environment and protect you from nasty things outside that try to invade.”

Unfortunately, many people today suffer from various auto-immune diseases in which the immune system attacks the body instead of defending it.

Dr. Nuzum is a rarity in America. He said he is unvaccinated from birth. So are his wife and five children. He attributes their vibrant health to the amazing power of the unadulterated immune system designed by the Creator, a system that should function like his family pet — a dog that’s gentle with every member of the family but is always ready to sense a threat and neutralize an attacker.

A strong immune system is essential for killing cancer cells. Macrophages are the biggest kind of white blood cell, and they devour cancer cells like PacMan. Dr. Nuzum said, “One macrophage can typically dissolve about 100 cancer cells!”

For many, the stress of the Covid pandemic has harmed the immune system and increased the vulnerability to illness. Dr. Nuzum said that the unrelenting narrative of fear promoted on the major media platforms has created an irrational level of germaphobia. He asked, “Why do five percent of all the microbes on the planet get all the press?” He pointed out that only five percent of microbes can make you sick, and the vast majority of the other microbes are probiotic: “They’ll actually heal you.”

After telling this story, Dr. Nuzum rhetorically asked the audience, “What do you think his chances of getting infected were?” The patient had created the right environment to grow an infection.

The benefits of a solid nutritional base are indeed many.

How “Avocado” saved the career of #1
tennis champion

Next, Ty Bollinger introduced David “Avocado” Wolfe as “the Indiana Jones of the super foods and longevity multiverse. His social media posts reach millions of people each week around the world with succinct, powerful, inspirational quotes, news, health information, and education.” That was no exaggeration.

One of Avocado’s biggest fans is the #1 tennis player in the world: Novak Djokovic from Serbia, who made international headlines when he was expelled from Australia and barred from competing in the Australian open for not being vaccinated.

Some time before that tournament, Djokovic had a stress fracture of his serving elbow, a devastating injury that he thought might end his career. Novak called Avocado and asked, “What can I do?” Avocado met with him and told him, “Dude, you need to be on Eucommia. That’s what I recommend for all athletes. It’s a tree bark that’s used in Chinese medicine.” Avocado said, “He bought 50 bottles of it.” Djokovic was soon able to resume his career.

Avocado earned his nickname because he has been growing avocados since 1978. Back then he was living in San Diego near the Mexican border. Now he grows his avocados in Hawaii, and he takes pride in growing them to an enormous size. He said the avocado is “deep into my soul.”

Why you should eat black foods

Nutritional experts routinely recommend that people eat foods of a variety of colors. Each color has its own particular benefit. Avocado emphasized the importance of eating foods that are red and black — especially black. He said that red foods give you immediate energy, and black foods give you longevity and endurance.

He urged people not to choose between white rice and brown rice but to buy black rice instead. He said, “Black rice is the new brown rice.” He also mentioned blackberries and black potatoes, and urged the audience to be on the lookout for other black foods in the grocery store.

To emphasize his affinity for black foods Avocado wore jet-black clothes. His #1 health recommendation is for people to consume activated charcoal. He said, “Charcoal is absolutely extraordinary. If I had to pick one thing out of any supplement to take, it’s charcoal. What it does is this: it helps you filter all your fluids and all your gases. If you eat something, and something goes wrong, all of a sudden you can take charcoal and it just stops it right there.”

I tried to buy Avocado’s brand of activated charcoal, Kohlbitr, on Amazon, but it appears to be banned — probably because of Avocado’s alternative health views. Avocado got the idea to name his activated charcoal product Kohlbitr from medieval Icelandic literature, in which the “coal biters” were known to become tough and strong.

I don’t know if the other brands of activated charcoal that Amazon sells are as good as Kohlbitr. Maybe some of them are. But I decided to buy Kohlbitr on Avocado’s website: https://www.davidwolfe.com/.