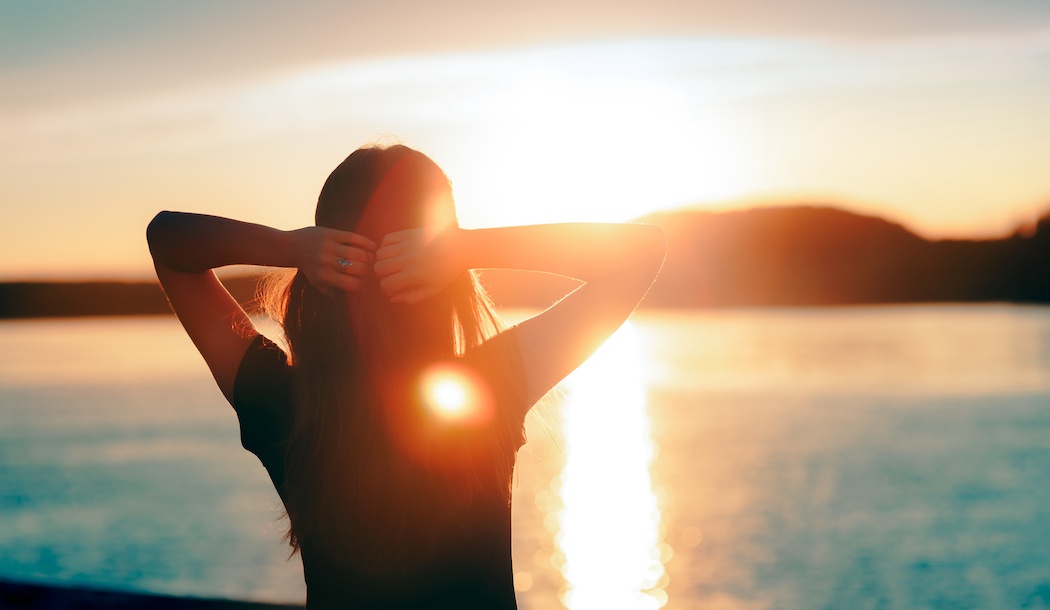 Ovarian cancer is one of the most deadly cancers of our time. It affects one in five women and results in a terrifyingly high death rate. If caught early, nine out of ten patients survive. If caught late, those odds drop to one in ten.1 Sadly, many women don’t know that they’re suffering from ovarian cancer until it’s too late.

But recently, a team of researchers in Japan discovered that a simple vitamin may put a halt to these devastating odds. Read on…

The female reproductive system has two ovaries positioned on either side of the uterus, and they’re each about the size of a large almond. The role of the ovaries is to produce eggs (known as ova) for reproduction, along with progesterone and estrogen hormones.2

In ovarian cancer, the ovaries become flooded with cells that multiply quickly and then move fast to invade healthy body tissue. Typical treatment for ovarian cancer includes full removal of the ovaries through surgery as well as chemotherapy.3

Treatment is aggressive because, as I mentioned earlier, ovarian cancer is often not diagnosed until it has spread. Part of the reason is because symptoms—if there are any— are often chalked up to ordinary, far less dangerous ailments. Those symptoms include weight loss, constipation, the frequent need to urinate, abdominal bloating, feeling full quickly when eating, back pain, and discomfort in the pelvic area.4

Risk factors aren’t particularly black and white, either. They include older age, family history of cancer, and being overweight, which are also risk factors for a multitude of other ailments. Other factors include never having been pregnant, starting menstruation at an early age or menopause at a later age, undergoing postmenopausal hormone replacement therapy, or being diagnosed with endometriosis (a disorder where the tissue that lines the inside of the uterus grows outside the uterus).5

The only suggested methods of prevention to date, besides good overall lifestyle choices, is to talk to your doctor if you suspect a genetic risk. Alternately, one might consider taking birth control pills—because “maybe” it will help, say the experts.6

Why is ovarian cancer so deadly?

One of the reasons ovarian cancer is so deadly is because it has a sneaky way of turning the body against itself. This happens when cancer cells detach from their original site in the ovary and reimplant in a second site, such as the diaphragm. Some tissues have a natural defense mechanism against this process, which is to create a barrier of mesothelial cells, designed to prevent cancer cells from sticking, and by doing so, to limit their spread.7

But ovarian cancer cells get around this by converting the protective mesothelial cells into what’s called “cancer-associated mesothelial cells.”8 This plays out much like the fabled wolf who donned a sheepskin to fatally attack the herd.

It was a great day then, when Dr. Masato Yoshihara of the Nagoya University Graduate School of Medicine in Nagoya, Japan, discovered that a vitamin could counteract this process. Not only that, but this vitamin also appears to help cancer-associated mesothelial cells revert back to their original state. In fact, the entire “barrier effect” of the mesothelial cells appeared to be strengthened, and further spread of ovarian cancer was reduced.9

Given all the ambiguity around ovarian cancer, you can imagine the waves of intrigue created by this new, simple, very accessible form of preventive treatment. Quite simply, it looks like one vitamin can block one of the key pathways used by ovarian cancer to grow and take over.

The actual mechanism comes thanks to the unusual way ovarian cancer spreads. First, cancer cells emit a protein called TGF-β1. Not only does this protein contribute to cell growth, but it also increases the quantity of a second protein called thrombospondin-1. This second protein is of key importance when it comes to ovarian cancer because it’s often found in higher amounts down the road when the more deadly stages of cancer set in. Also, it’s thrombospondin-1 that boosts both the bonds and spread of ovarian cancer cells.10

Both proteins operate along what’s called the TGF-β/Smad pathway. Yet, in the research from Dr. Yoshihara’s group, vitamin D appeared to block this pathway. It also helped restore the cellular environment back to its original chemical makeup, which likely is why cancer cells then have trouble attaching to other cells.11

The simple fact that a vitamin can accomplish all this positive work during such a rough-and-rugged cancer is something to be celebrated. Even better is the fact that through this vitamin, the natural defenses of the body are restored, strengthened, and able to attack cancer from the inside out.

Now, it’s important to note that this study was performed on cells in a laboratory, but it’s still clearly a smart move to boost your vitamin D intake.

Or course, it’s not just those with ovaries who benefit from vitamin D. On a functional level, vitamin D inhibits cell cycle, proliferation, and angiogenesis when it comes to cancer, and has been shown to improve pancreatic cancer by reprogramming the tissues around that organ.12 Meaning pretty much everyone will benefit from a supplemental vitamin D regimen.

While supplements are great, sunlight is one of the best ways to get vitamin D, and sun-derived vitamin D is believed to circulate twice as long in your body as vitamin D from food or supplements.13

You can also get vitamin D from fatty fish and seafood, which are the richest food sources of the vitamin, or from mushrooms, egg yolks, or foods fortified with vitamin D. Supplements are also an option.14

Most important, the only way to know if you’re deficient in vitamin D is to get your vitamin D blood levels checked every year. By the way, if you live in a cold climate and you’re not supplementing with a significant amount of vitamin D, chances are you’re deficient.

Most natural health doctors will tell you that the conventional experts’ recommended vitamin D levels are woefully inadequate. Instead, many point out that maintaining a blood level between 50 ng/mL and 80 ng/mL is a better choice for your health, although some doctors suggest vitamin D blood levels as high as 80ng/mL to 100ng/mL.

In an interview, a doctor who has measured the vitamin D levels of hundreds of patients told us it’s extremely rare to see a patient with 60 ng/mL of vitamin D. Almost all of us are well below that.

Personally, I think everyone can benefit from a good daily supplement of vitamin D3 (cholecalciferol, the most absorbable form). That’s why our sister company, Green Valley Natural Solutions, developed two of its leading anti-aging formulas with a healthy dose of vitamin D3. I’m talking about Genesis, which promotes the health of cellular telomeres that are linked to longevity and Iuvenis, which supports strong blood flow and circulation for healthier aging.