How One Doctor Beat the Odds Against a Brain Tumor 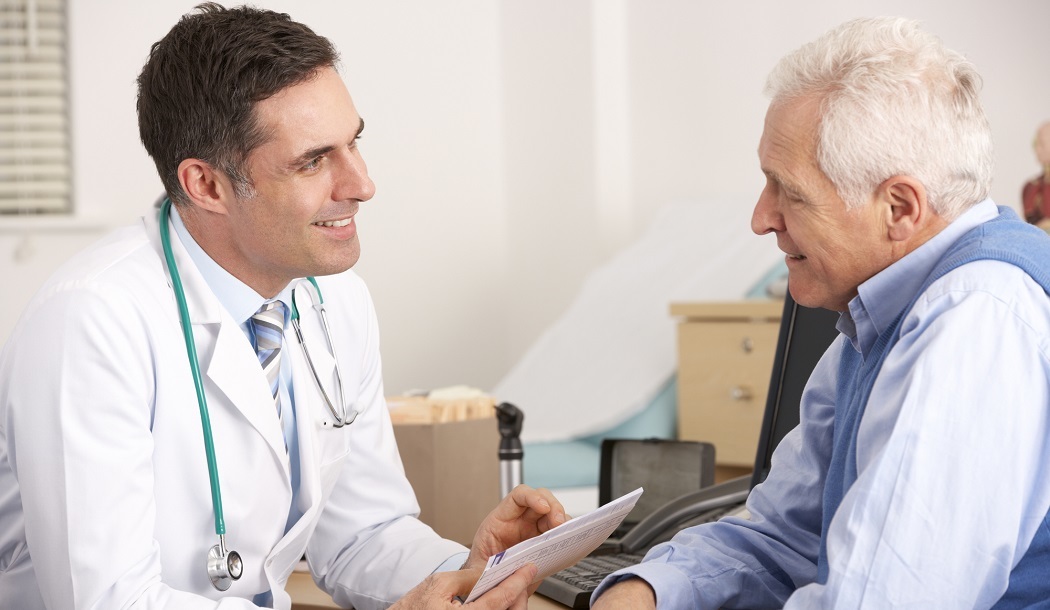 Neuroscientist David Servan-Schreiber had scheduled a test of brain scanning equipment necessary for his medical practice. When his test subject didn’t show up, he volunteered to undergo the scan while his two best friends operated the machine.

The equipment worked just fine, but the image revealed the young doctor had a tumor growing deep inside his brain. Dr. Servan-Schreiber was just 31 years old, and the decisions he made over the next few weeks, months and years helped him defy almost impossible odds.

Dr. Servan-Schreiber wasn’t supposed to survive this brain tumor, but he did. Not only that, but for the next 14 years he kept his diagnosis a secret so he could continue his medical practice.

Then, in 2007, he went public with his story in his book, Anticancer: A New Way of Life. He wrote how he underwent surgery and chemotherapy for his brain tumor before asking his doctors about diet and exercise. Their answer? Do whatever you please… it won’t make much difference anyway.

Dr. Servan-Schreiber didn’t believe it. That’s when he began researching diet, nutritional supplements, exercise and other lifestyle choices and the role they play in causing cancer and helping patients overcome it. His book is designed to help people who feel afraid, depressed, or hopeless after a cancer diagnosis. Today we’re going to take a look at the three biggest lessons we can learn from Dr. Servan-Schreiber’s remarkable story.

Lesson #1: The REAL cause of cancer isn’t genetics

Cancer is often portrayed as an unlucky draw in the genetic lottery.

If this were true, certain other things would happen. For example, adopted children would inherit cancer risk from their biological parents.

But that’s not the case.

Let’s say an adoptive parent dies from cancer before age 50. When that’s true, the risk that the adopted children will also die from cancer increases five-fold.1Apparently, this tragedy happens because lifestyle is transmitted better than (or as well as) genes.

Consider that cancer rates have soared since World War II – especially for children and young people. The question is, why? Dr. Servan-Schreiber focuses his spotlight on three lifestyle changes:

1. A huge increase in refined sugar consumption (and high fructose corn syrup). In 1830, people consumed 11 pounds of sugar a year, on average. In 2000, they consumed an astounding 150 pounds… about 14 times as much, nearly half a pound a day. We know this matters because Otto Heinrich Warburg won the Nobel Prize in 1931 for discovering that cancer feeds on sugar. Anyone wanting to protect his or her body against cancer should seriously get off sugar.

2. Industrialized food manufacturing. Livestock are fed hormones (like rBGH) to ensure growth, and you’re eating them as well when you consume the animal products. These hormones are linked to increases in cancers of the colon, prostate and breast.2 What’s more, processed foods contain heart-harming hydrogenated oils,3 which also double your risk of breast cancer among other illnesses.4 It’s a good idea to remove hormone-fed meat and processed foods from your diet – and never let anyone try to tell you organic is a waste of money.

3. Chemical exposure. You’re being exposed almost daily to an exhaustive list of chemicals that didn’t even exist in 1940. Today, we’re exposed to cancer-causing BPA in plastics, chemicals in soaps and lotions, pesticides in food and in yards, and much more. Using beauty and household products free of toxic chemicals can make a big difference, so can choosing organic food.

Dr. Servan-Schreiber called his doctors’ inaction in the area of lifestyle change demeaning, dangerous and contrary to good science. He pointed to a number of important studies that continue to bear out the belief that diet affects cancer occurrence and treatment.

The World Cancer Research Fund (WCRF) investigated the impact of lifestyle on cancer occurrence. WCRF researchers reviewed thousands of studies and in the conclusion of their 517-page report, they said we could prevent at least 40 percent of cancers by making simple diet and exercise changes.5 A 2009 study by the French National Cancer Institute confirmed their conclusion.6

In prostate cancer, the famed Dr. Dean Ornish studied 93 men who had refused surgery and were “watchfully waiting” during early stage prostate cancer. Half continued surveillance with little more than regular PSA tests, while the other half started a complete program for physical and mental health. This included a vegetarian diet, supplements, exercise, stress management, and a support group.

In the group with no lifestyle changes, PSA levels rose by an average of six percent. For six patients, their cancer worsened and they needed surgery, chemotherapy, and radiotherapy. Some of them dropped out of the study early due to their deteriorating condition.

By contrast, no one in the lifestyle change group required medical treatment, and their PSA levels decreased by an average of four percent. What’s more, their blood contained additional anti-cancer markers.

In fact, Dr. Ornish’s lifestyle program was said to have positively modified the function of more than 500 genes.7

What are Dr. Servan-Schreiber’s
dietary recommendations?

After uncovering this research, it’s no surprise that Dr. Servan-Schreiber argues that diet is critical to preventing, treating and surviving cancer. Most of Dr. Servan-Schreiber’s recommendations won’t shock you if you’re a regular reader here. Things like:

To really understand their power together, take a look at this study…

It’s true that cancer is a complex disease, and what works for one person may not work for another. No one can predict the exact course a cancer will take. But Dr. Servan-Schreiber argues, why not take action on things you can control, like diet?

Lesson #3: Stick with what works for you– forever

A principle of Tibetan medicine says to use conventional medicine only if you’re dealing with an acute illness or injury. They believe if it’s a chronic disease, you should see a doctor who specializes in plants and herbs to improve your “inner terrain.”

Dr. Servan-Schreiber wrote a lot about this principle of improving your “inner terrain” to survive cancer.  He compares your inner terrain to the soil in your garden, which you can improve with fertilizer.

He believed that taking action to improve your inner terrain should always supplement conventional therapies if you choose them to treat cancer, and I agree.

What’s more, he pointed out how important it is to continue with your anti-cancer lifestyle changes even after your cancer has gone into remission. This is perhaps the most important lesson that Dr. Servan-Schreiber can teach.

Despite his knowledge and success beating his brain tumor using lifestyle change, over time, Dr. Servan-Schreiber found himself drifting away from his own cancer-fighting program and back towards the typical Western diet and high stress lifestyle.

So perhaps he wasn’t surprised to discover his brain cancer returning almost 20 years later, when he was 49. This time, though, he wouldn’t survive it. His family reported that the “cancer was aggressive and his decline was swift. He died 13 months later (in the summer of 2011.)”10

While Dr. Servan-Schreiber ultimately died of brain cancer, I won’t say that it beat him. To survive a terminal form of brain cancer for nearly 20 years with a high quality of life is a win in my book—and a win in the books of many alternative doctors I’ve met over the years.

The most important thing I hope you take away from this article today is that cancer is often a disease that you manage, rather than one you eliminate entirely. The lifestyle changes you make to tend to your “inner terrain,” to use Dr. Servan-Schreiber’s favorite metaphor, must be continued every day—good eating, regular exercise, plenty of sleep and stress-reducing habits. Especially if you’re using alternative treatments against your cancer, you may find yourself repeating them or finding new ones as your “terrain” changes.

Despite the fact that Dr. Servan-Schreiber’s Anti-Cancer: A New Way of Life has been the best-selling cancer book worldwide, selling over a million copies in 36 languages, conventional doctors still stick with the status quo when it comes to what they’ll tell you about cancer occurrence, treatment and remission– but you don’t have to, and I sincerely hope you won’t.