How the “Mushroom of Immortality” Helps Fight Cancer – Cancer Defeated

How the “Mushroom of Immortality” Helps Fight Cancer 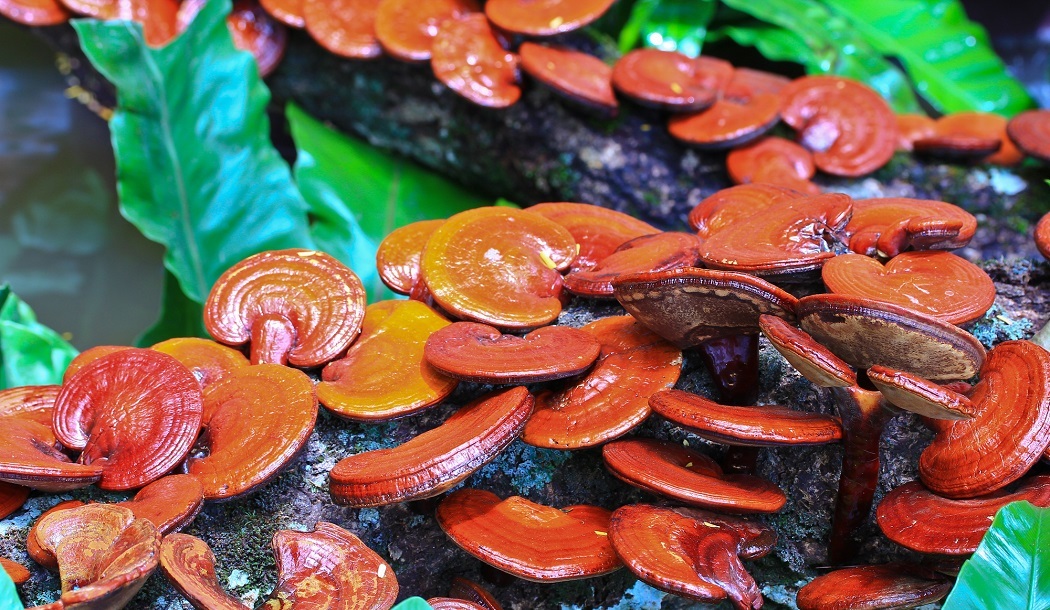 In Asia, it’s known as the “mushroom of immortality,” or the “mushroom of spiritual potency.” It’s better known in the United States by its Japanese name, reishi, and in China it’s called lingzhi.

For more than two thousand years, Traditional Chinese Medicine doctors have relied on this mushroom to promote good health, youth, vitality and longevity.

Reishi (Ganodermalucidum) is a large, dark mushroom with a glossy exterior, woody texture and a shiny surface. It’s considered unique among cultivated mushrooms because its value lies less in its nutritional content than in its medicinal qualities.

Reishi was first recorded as a medicinal mushroom in the Chinese medical text ShenNong Ben Cao Jing written over two thousand years ago, and was used for improving the health of the whole body, from the heart to the brain.

In the modern Chinese Pharmacopoeia, reishi is said to replenish Qi (life energy or life force), ease the mind, relieve cough and asthma, and is recommended for dizziness, insomnia, palpitation, and shortness of breath.

Modern scientific research documents evidence for many of these ancient claims, including its ability to fight diseases we know today as cancer.

Two associate professors of biochemistry and molecular biology at Louisiana State University reviewed reishi in the journal Anti-Cancer Agents in Medicinal Chemistry, in 2018. They wrote that the mushroom “possesses a broad range of bioactivities, including anti-inflammatory, anti-oxidant, anti-glycemic, anti-ulcer, anti-cancer, and immunostimulating effects.

“Especially, it has also been recognized as an alternative adjuvant therapy for cancer and diabetes.”

Most of the anti-cancer properties of reishi are attributed to its polysaccharides (beta-1,3-glucans) and to its triterpenes (ganoderic acids). These important molecules can do everything from improving your immune response to fighting inflammation.

One of the best-known benefits of reishi is its ability to strengthen the immune system. Reishi is able to activate many elements of the immune system: T cells, B cells, macrophages, dendritic cells and natural killer cells. Reishi also has potent immune modulating properties, reducing stimuli that are inflammatory.

To further confirm all these benefits seen in research studies, doctors witnessed the immune modulating effects of reishi in 30 advanced stage cancer patients tested before and after 12 weeks of treatment with Ganopoly, an extract of reishi made from its polysaccharide fractions.

The patients experienced a significant increase in plasma concentrations of interleukin 2, interleukin 6, and interferon (IFN)-gamma, all of which upregulate the immune response. In contrast, researchers found that levels of interleukin 1 and tumor necrosis factor alpha, which promote inflammation, had significantly decreased in the patients.

In addition, researchers found a significant increase in natural killer (NK) cell activity and CD56+, which is a critical part of a healthy immune response to the presence of tumors.

The reishi extract Ganopoly was shown to have “a remarkable cytotoxic effect” on cell lines for cervical, liver, and colorectal cancer. Another standardized commercial extract called ReishiMax dramatically reduced the number of inflammatory breast cancer cells by either 67 percent or 98 percent, depending on the dose. These are really remarkable results.

Studies show reishi can inhibit tumor cell motility — movement from one location to another — and thus cancer’s ability to invade other tissues and spread. Research has confirmed this in human lung, breast and prostate cancer cells.

In mice with lung cancer, researchers gave a medication that increases metastasis. This was “effectively suppressed” by pre-feeding the mice with a G. lucidum-containing diet.

The reishi extract ReishiMax also inhibited invasion and spread of cancer cells in mice by downregulating the enzyme MMP-9. This is the enzyme cancer cells use to dissolve tissues between cells so they can squeeze through and spread to other organs.

Many studies have demonstrated in cellular and animal models that reishi can inhibit the formation of new blood vessels that promote tumor growth and spread.

Other research shows reishi’s potent ability to scavenge free radicals and enhance the activity of antioxidants.

The findings of cellular and animal research are impressive, but these do not necessarily translate to people. Unfortunately, human research is limited.

The three studies already mentioned looked at immune parameters only, although the lung cancer study did mention that reishi improved quality of life in two-thirds of patients.

One study found that patients who took reishi were 1.27 times more likely to respond to chemotherapy than those who didn’t take it.

In 2016, The Cochrane Reviews carried out a review of randomized controlled trials.

They concluded that while there wasn’t enough evidence to suggest reishi should be used as a first line treatment, it “could be administered as an alternative adjunct to conventional treatment in consideration of its potential of enhancing tumor response and stimulating host immunity.”

That’s a significant finding from a largely conventionally-minded medical research group. I believe reishi is a great addition to the nutritional protocol of anyone who has had cancer or who’s currently fighting the disease.

Reishi can also help you if you have other health problems, such as diabetes.

Lowers blood sugar without side effects

Reishi contains polysaccharides, proteoglycans, proteins, and triterpenoids, all of which are shown to have beneficial effects on blood sugar control in animal experiments.

When researchers tested a water extract of reishi on normal and obese diabetic mice, their blood sugar levels improved. The normal mice went from having a blood plasma glucose level of 168.5 mg/dL before administration, to 68.5 mg/dl after consuming reishi, while the diabetic mice went from 668.5 mg/dL to 288.4 mg/dL.

Another experiment, this time using dried fruit bodies of the plant, reduced plasma glucose levels in diabetic rats by between 32 and 55 percent.

Will it work in people?

In spite of these and many other positive findings in rodents, there only appears to be a single human trial aimed at finding a potential for lowering blood sugar.

71 adult patients with confirmed type 2 diabetes mellitus received either a placebo or the reishi extract Ganopoly at a dose of 1.8 grams three times a day for three months.

The reishi group saw a significant drop in two measures of blood sugar. In a review on reishi and its application in the treatment of diabetes published last year in the journal Molecules, researchers wrote, “A number of pharmacological studies carried out on this mushroom have proved its efficacy and therapeutic potential. Moreover, various studies emphasized that it has few or no side effects, which confirms the safety profile of this mushroom.”

However, they go on to say that research gaps need to be filled before it can be truly considered as a medicine for diabetes.

Reishi mushroom has a tough texture, so is not suitable to eat, making supplements the only realistic choice.

Unfortunately, a review on the quality of many supplement brands available in the United States makes for disappointing reading.

In only one quarter of the reishi supplements tested did the ingredients match what was on the label. Over half the samples had no active triterpenes and three out of four had no beta-1,3-glucans!

Put bluntly, most supplements are missing the key active ingredients and are therefore worthless.

The writers concluded that “the quality consistency of Ganodermalucidum dietary supplements in the U.S. market was poor…”

So, buyer beware. Look for a brand of reishi supplement that’s been verified for quality at an accredited third-party lab.

I’m a big fan of mushroom remedies myself, and have always trusted the Mushroom Science and Mushroom Wisdom brands. I don’t know if they were among the ones that flunked the consumer review, because the brand names were not revealed – but it seems unlikely.