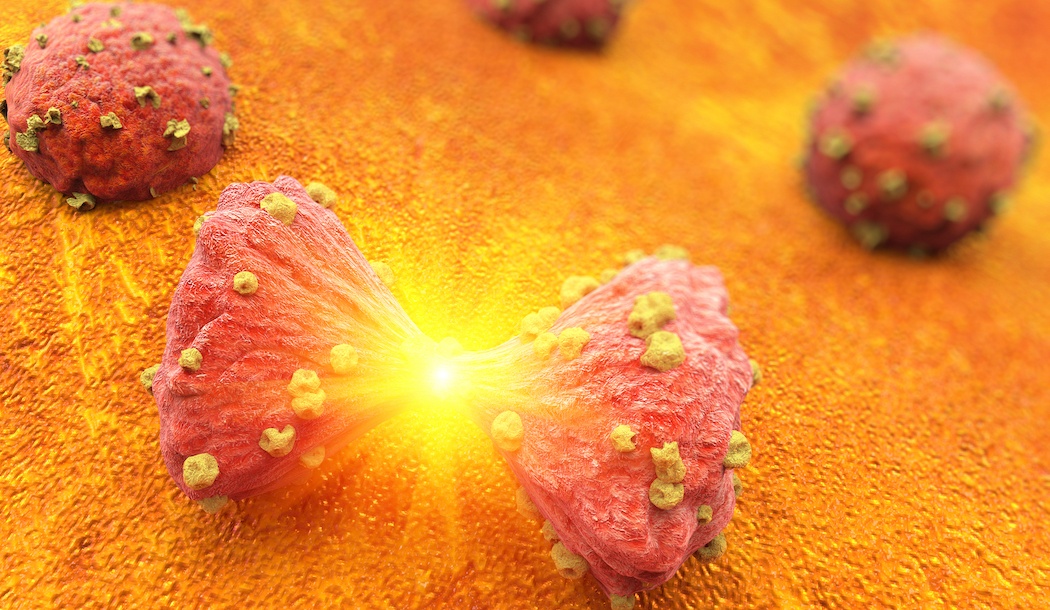 Imagine a future where surgery, including cancer surgery, involves no scalpels or incisions of any kind. The only thing to enter the body is energy, which eradicates unwanted and harmful tissue in minutes instead of hours.

There’s little need for heavy sedation, recovery time is short, there’s no scar or mark left on the skin, and the procedure is carried out in an office instead of a hospital.

Imagine no more, because a game-changing bubble therapy is set to revolutionize cancer surgery and make this dream a reality.

A recent trend in medicine is to use less invasive or less intensive procedures to reduce or eliminate toxicity, serious side effects, and complications, yet achieve results that are just as effective or even better than traditional methods.

This trend is also taking place in the field of cancer. One such procedure is called ablation. Ablation comes in various forms to either heat or freeze targeted tissue to ablate (destroy) tumors. Some of these ablation therapies look very promising, but perhaps the one with the most potential is called histotripsy, which was pioneered by Dr. Zhen Xu at the University of Michigan in 2004.

Unlike other forms of ablation, histotripsy – from the Greek, meaning soft tissue breakdown – doesn’t rely on temperature changes. Instead, this cutting-edge procedure blasts tumors with sound waves.

The mechanism is fundamentally different from HIFU because it relies on a mechanical effect at the cellular level to destroy tumors. It works like this: A bedside machine with a robotic arm is moved over the body, above the site of the tumor. At the end of the arm is a transducer. This converts electrical energy into ultrasound energy. The machine’s software calculates how much energy is needed.

The ultrasound waves precisely target the tumor and when they strike, they activate thousands of usually dormant nanosized gas bubbles that occur naturally in all tissues.

After they get blasted with the sound waves, a cloud of high-energy microbubbles form and collapse thousands of times a second. These pulsed micro explosions create so much pressure they rupture and liquefy the tumor. The damaged cancerous tissue eventually passes out of the body as waste within one or two months.

Josh King, vice president of marketing at HistoSonics, a University of Michigan spin-off company that developed the RAST platform, explains further, saying, “Once a targeted treatment plan has been created by a physician, the platform can deliver a series of ultrasound sensing pulses to discrete points inside the targeted tissue. These sensing pulses create a personalized treatment plan for each patient and the software ensures the treatment is delivered to all aspects of the target.

“This precision method of destroying tumors is guided through the 3D volume of the tumor by the on-board software and remains under the continuous visualization of the treating physician.

Histotripsy is targeted, precisely controlled, and non-invasive. There are no incisions, no punctures, no insertions of any device, and no radiation. The treatment can also be carried out in minutes and the patient can go home the same day. Best of all, researchers say there’s…

In other ablation methods there’s a transition zone of several millimeters between the tumor and healthy tissue. This leads to partial ablation and “incomplete kill” of the cancerous tissue.

Histotripsy, on the other hand, has a sharp boundary between the tumor and healthy tissue amounting to less than a fifth of a millimeter, allowing for more of the tumor to be targeted and destroyed.

Histotripsy has also been shown to stimulate potent tumor-specific immune responses in mice. This led to regression of untreated tumors, reduction of metastases, and enhancement of immunotherapy. It’s hoped these treatment effects beyond the local tumor ablation will bring additional benefits and improve clinical outcomes for cancer patients. It’s also hoped the technique can be extended beyond local tumor ablation to treat tumor metastases.

The histotripsy method can potentially be used in any tumor where the beam won’t be disrupted by the rib cage or any other bone. The histotripsy beam is also unable to move through gas, so it can’t be used to treat cancers of the gastrointestinal tract or deep-seated lung tumors.

To date this new treatment has been tested in pigs, rabbits, dogs, and rodents with cancers of the liver, kidney, thyroid, and prostate. What’s more, it has very wide medical applications beyond cancer and has been tested in animals with many other conditions where unwanted or overgrown tissue or material (such as kidney stones or blood vessel clogs related to some forms of heart disease) needs to be removed.

Researchers announced the preliminary results of the first human clinical cancer trial at the Society of Interventional Oncology Annual Meeting in Boston, Massachusetts, in 2019. Researchers treated eight patients with late-stage liver cancer. All planned, targeted tissue was destroyed with no patient reporting any pain. Treated areas healed rapidly and cancerous tissue volumes—in other words, the tumors — shrank by an average of 81 percent at two month follow up.

A new trial in 45 patients with primary and metastatic liver tumors is currently underway across six states. This trial is part of the #HOPE4LIVER US program.

Four hospitals in Europe are also taking part and are treating 40 patients. The treatment can be applied to cancer in a variety of different organs, but initially researchers have put the focus on liver cancer because of its poor five-year survival rate.

Sheila Riley, aged 68, was one of the first liver cancer patients to be treated in the U.K.

She had previously been treated with microwave thermal ablation. She said, “I stayed in hospital for a week and then was in agony for about five weeks. I was taking prescription analgesics as well as paracetamol [Tylenol] that I bought to cope with the pain. At first, I couldn’t even stand long enough to be able to peel the vegetables while making our evening meal.”

After histotripsy it was a different story. Her tumor was obliterated painlessly in under seven minutes.

“It was amazing. I didn’t need any medication — not even painkillers afterwards. I was able to go shopping the next day, and two days after my treatment I was out with friends. It didn’t even leave a mark on my skin.”

Dr. Peter Littler, Consultant Interventional Radiologist, who carried out the procedure, said, “This is fascinating cutting-edge technology with the potential to kill a liver cancer without breaking the skin.”

His colleague, Dr. Tze Min Wah, added, “This is the first ‘surgical’ treatment of liver cancer that requires no needles or scalpels. In addition, this procedure also involves no radiation. There is a real potential to truly shift the paradigm of liver cancer treatment in the future with this innovative technology and further potential for translation into cancer treatment of other sites.”

Professor Gail ter Haar, at the Institute of Cancer Research, London, thinks “the use of histotripsy is very exciting. In the past, we used to say don’t use bubble activity as a treatment because it’s unpredictable.

“But more recent research has shown that the use of acoustic cavitation, which is what the HistoSonics system is using, can now be controlled. You can now generate its energy where you want and keep it going to mechanically disrupt the tumor tissue.”

Let’s leave the last word to the pioneer of histotripsy, Dr. Zhen Xu: “I’m really excited about histotripsy, this new technology, because I think it really will change the practice of medicine.”