How to Harness the Healing Power of Light – Cancer Defeated 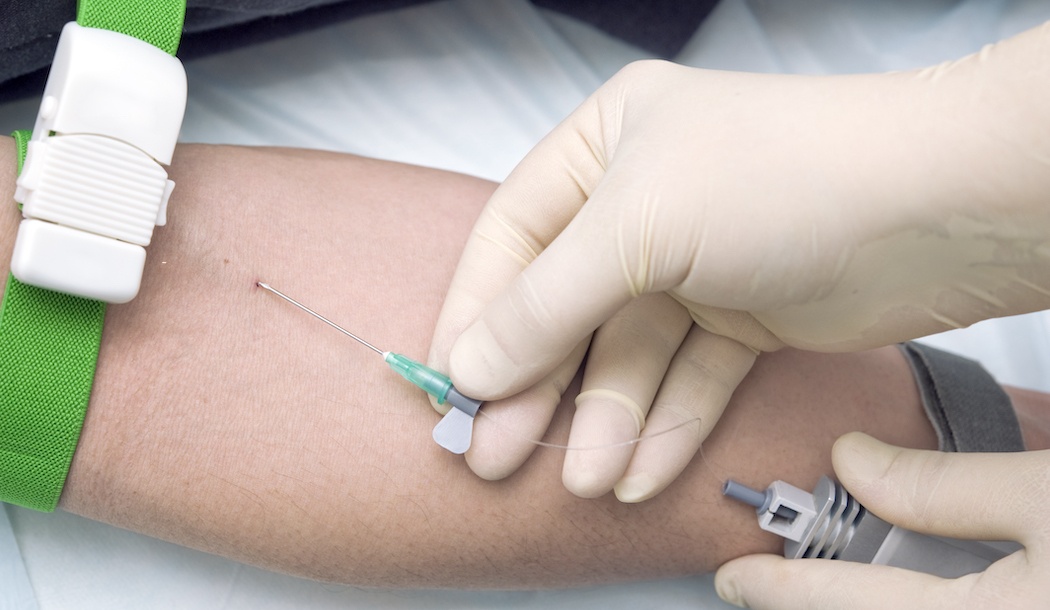 We’ve been talking about ultraviolet blood irradiation, also known as UBI, for years. It continues to be an astounding therapy for a host of diseases, including cancer.

According to Tom Lowe, an entrepreneur and researcher who connects medical professionals with UBI devices, UBI therapy has been overlooked for decades as a viable cancer treatment — a terrible loss for millions of patients who could benefit.

It’s also a quick, drug-free cure for most infections, even serious ones like polio. Let’s take a look…

At an annual convention of the Cancer Control Society Mr. Lowe cited some remarkable statistics about UBI therapy in the treatment of cancer, saying that UBI:

On top of that, ultraviolet blood irradiation has demonstrated a positive effect on more than 60 diseases. And according to the late William Campbell Douglass, M.D., author of a book about UBI therapy called Into the Light, this forgotten treatment has sent numerous cancers into remission and extended the lives of many patients.

The idea first came about in 1928 when Emmitt K. Knott, a scientist, began experimenting with light. He assisted in the case of a woman dying of sepsis (a blood infection).

Knowing that light kills bacteria and viruses, he withdrew a small amount of her blood, exposed it to light, put it back in her body, and miraculously, the woman lived.

Over the next two decades scientists at prestigious schools like Georgetown University studied UBI in the treatment of disease.

A Dr. Henry Barrett reported treating over 110 cases of illness with UBI by 1940. The treatment was even cited in a 1949 issue of Time Magazine, which called it the “miracle of the future.”

But then the 1950s hit and all attention in the medical world began to focus on antibiotics and vaccines as the main tools to fight infections. However, in Russia and Germany practitioners have continued to take an interest in UBI. Currently around 3,000 European providers offer it to their patients. The U.S. has only around 250 practitioners skilled in UBI treatment.

Using UBI as a cancer therapy

UBI is definitely useful as a cancer therapy, though several practitioners recommend using it as part of a multi-pronged approach.

It’s an ideal adjunctive therapy for cancer in that it adds oxygen to the body, cuts pain, reduces inflammation, and decreases infections.

Healthy lifestyle changes, immune system support, good nutrition and detoxification should all be employed along with UBI.

One to two treatments per month are recommended. And several practitioners also view ozone therapy as a treatment that complements the effects of UBI.

Even Big Pharma has found a way to use UBI to treat cancer and other illnesses.

Big Pharma sells their own version of UBI

Twenty-five years ago, Yale University reignited interest in UBI after using it to treat T-cell lymphoma. The researchers even got FDA approval for the treatment.

From there, Johnson & Johnson purchased the therapy and named it Therakos™ Photopheresis System. They now administer it for the treatment of T-cell lymphoma in over 200 centers around the world and have treated upwards of 750,000 patients. Cost ranges between $2,500 and $4,000 per treatment, and patients require an average of ten treatments total.

That’s interesting because, according to Tom Lowe, you only need a minimum of four treatments (depending on your illness). And many alternative doctors will give you the treatment for a much lower price. Not to beat around the bush: $2,500 – $4,000 per treatment is a rip-off. Mainstream medicine strikes again!

What happens in UBI treatment

Here’s how UBI treatment works: Using a butterfly needle and a syringe, between 40 and 60 cubic centimeters (cc) of blood is withdrawn from your arm. Then it gets mixed with saline solution and passes through 26 seconds of ultraviolet light before being re-infused back into your body.

The logic behind diluting the blood is that one study showed light couldn’t penetrate more than five blood cells deep (30 microns, or 1 ml). So diluting the blood makes the therapy much easier to administer, not to mention more effective. The calculated mixture works out to be about 12 percent blood and 88 percent saline, which still absorbs 99.9 percent of the UV light. It also means less clotting time, a lower chance of problems, lower disposal quantities, and fewer staffing and nursing costs.

Now, we all know that putting something dank out in bright sunlight for a few hours is bound to kill the smell, lighten the stain, or eliminate bacterial spread.

UBI treatment works the same way. The type of activated light from the 400 -780 nanometer point on the visible spectrum (white light) flat-out kills bacteria and viruses.

UBI tears apart the DNA strands of the offending particles and sends them back into the body where they exhibit a vaccine-like response. Many people wonder why the treatment requires only 40 ccs of blood at one time, but researchers in this field counter by pointing out it only takes 1 cc of a vaccine to get an effective immune response.

It helps that bacteria and viruses in your bloodstream will absorb five times as much photonic energy as your red and white blood cells. That’s exactly how the UV light exposure kills infecting organisms. The fragments of those killed-off infectious agents are what stimulate the vaccination-like response in your body and go on to heighten your immune response. From there, your supercharged immune system is able to launch a new attack on harmful agents throughout the body.

Now, of course, the body has to respond to the treatment. But assuming it does, then any form of virus or bacteria in your blood gets eradicated. And along with ramping up your immune system, the treatment also improves circulation and oxygenates tissues.

If you turn to UBI to treat an autoimmune disorder like lupus, allergies, rheumatoid arthritis, or even a rash, it has a balancing effect that is helpful in 50 to 60 percent of cases. Other benefits to treatment include anti-inflammatory effects, stimulation of red blood cell production, and improvement in blood flow.

It’s even known to cure shingles in two days. Two days! If you’ve ever had shingles – one of the most painful diseases known – you can appreciate what a blessing it would have been to have access to this therapy.

The biggest argument against UBI is that “light simply can’t do that.” And there’s very little new research about it, including dissenting comments. To the best of my knowledge, UBI is a really effective therapy, and an absolutely safe one.

In my opinion, UBI should be in every doctor’s office in the country – not in a mere 250. And it should cost maybe $100, not $4,000. (Again: The original UBI therapy offered by alternative doctors doesn’t cost anywhere near the price of Johnson & Johnson’s FDA-approved boondoggle.)

UBI is available at a number of alternative cancer treatment centers in the U.S. and Mexico. If you’d like to learn more about UBI therapy you can read a number of articles from Tom Lowe at https://www.faim.org/tom-lowe and you can also find a doctor offering UBI therapy at http://drsubi.com