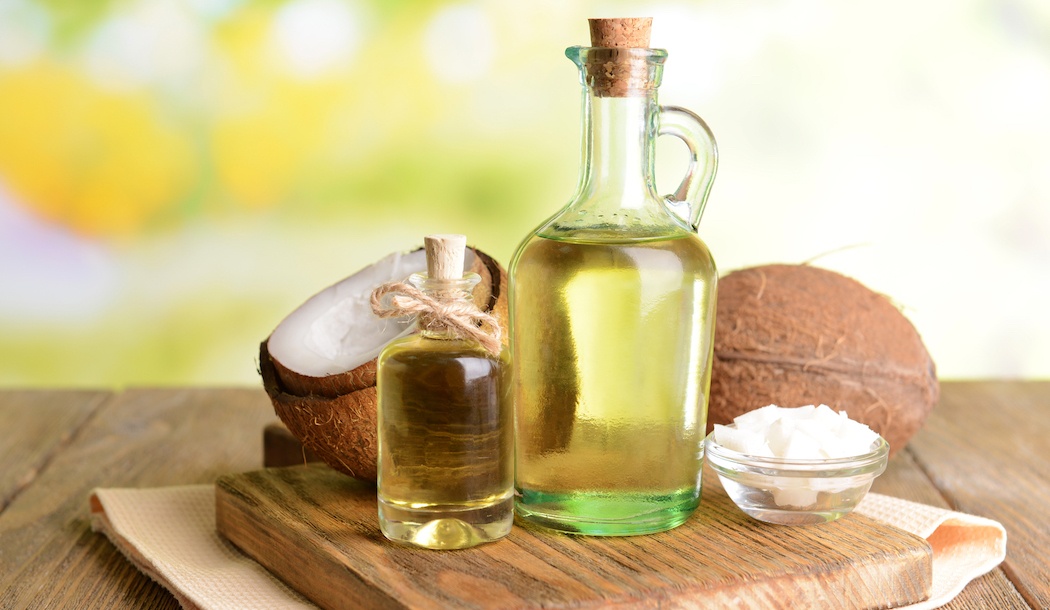 That’s probably a big surprise to you, if you know much about healthy eating. Coconut oil is one of the most nutritious foods on earth. It’s become a popular treatment for dementia, among people in the know.

And there’s additional uninformed nonsense from the American Heart Association (AHA). They’ve once again repeated advice that I thought had been discredited once and for all: eat processed vegetables oils, they say, and shun natural oils like coconut oil and grass-fed butter…

For decades, establishment medicine has been advising people to eat the first and shun the second. The AHA practically touts polyunsaturated fats as a medicine. They claim these fats will slash your cholesterol (something you don’t need to do; keep reading) and reduce your heart disease risk.

So what’s the real story behind Dr. Michels’ all-out attack on coconut oil? Is there some new finding we need to know about?

In all scientific research it’s important to guard against the researcher’s biases. That’s why double-blind, placebo-controlled studies are so important – neither the researchers nor the participants know what’s in the pills they’re taking.

In evaluating saturated and polyunsaturated fats, the AHA fails the most basic tests of objectivity. It cherry-picks studies that support the conclusions it wants to reach, instead of taking into account all reasonably valid studies and letting the chips fall where they may… similar to a lawyer who builds a case by cherry-picking the most influential arguments – accentuating the positive and ignoring the negative.

In short, the AHA acts more like an advocate than a scientist.

AHA’s “acceptable” studies are a farce

They say the remaining studies were rejected for critical flaws, and that it would be far too expensive to do a large new trial. Never mind that such trials already exist. The AHA just doesn’t like the results.

Among the rejections are some of the largest studies ever done – the Minnesota Coronary Survey, the Sydney Heart Study, and most notably, the Women’s Health Initiative, which was the single largest and most expensive ($625 million) clinical trial ever done.

All of them refuted the AHA hypothesis. All were banned from consideration.

The four studies that support the AHA’s recommendations are all ancient by today’s standards. All involved considerable performance bias, often hidden in the fine print.

In the Oslo study, for example, Leren mentions in passing that in the intervention group sugar consumption was very low, probably less than half of what was normal in Norway at the time the study was conducted. The intervention group was the one that consumed polyunsaturated fats and avoided saturated ones.

In the trial, the defining variable was said to be the ratio of PUFA to saturated fat. But it turns out that the group eating PUFAs received intensive counseling on healthy eating, and apparently decided to eat a hell of a lot less sugar.1

And this could explain why they had way fewer heart attacks. Excess sugar contributes to metabolic syndrome (prediabetes), weight gain and many other pathologies. Omitting sugar from the diet could easily cancel out the harmful effects of PUFAs.

The other studies were just as flawed. One of them changed the protocol midway through the trial. Yet it got published in the prestigious New England Journal of Medicine.

Imagine a drug trial where “three years into the trial” they realize there’s a problem… they neglected to give the control group a placebo.

The trial would be invalid.

The AHA has actively ignored every study since 1973 – including newer, larger studies that fly in the face of their claims.

But even their carefully chosen data from the 1960s fails to uphold their recommendations.

Scientists re-analyzed that decades-old data and discovered that the original researchers left out reams of critical information.

What the revised analysis showed was shocking…

Every 30-point drop in cholesterol coincided with a 22% increase in mortality rate.

Does this indicate that cutting your cholesterol INCREASES your risk of death?

Yes, this indicates that cutting your cholesterol INCREASES your risk of death.

The very data the AHA uses in their hyped-up marketing campaigns shows that lowering your cholesterol can actually kill you.2 Other recent research shows that those who adhered to the AHA guidelines to eat more PUFAs and less saturated fat did not improve.

In fact, they died.

PUFAs don’t protect you from heart disease, atherosclerosis, stroke, or overall mortality, despite what the AHA claims.3 So don’t be deceived.

It’s not exactly surprising. After all, it’s a well-known fact that PUFAs cause inflammation. Inflammation is a principal factor – perhaps even the main cause – of heart disease, cancer, arthritis, dementia and more.

Eating poison… or not

Dr. Michels’ claims that coconut oil is “one of the worst foods you can eat” and that it’s “pure poison” fall right smack in line with AHA guidance.

Not surprisingly, she has direct ties to Professor Frank Sacks at Harvard’s School of Public Health, who was the lead author of the 2017 AHA Presidential Advisory against saturated fats.

It’s particularly concerning because in 2013, the AHA released a report claiming to practice evidence-based medicine and to use the strongest possible evidence in preparing their advice.

Yet their preference for certain studies and their complete disregard for others that are larger and more recent tells a far different story.

Epidemiological evidence does not support their stance.

Worse, their advice has contributed to record levels of heart disease, cancer, and obesity – which they conveniently ignore.

Now, ahem, if I were cynical I might suspect the AHA’s anti-coconut oil guidelines are part of their orchestrated campaign aimed at get our eating habits to match the interests of their corporate sponsors. The research be damned.

I’d prefer to think they are well-meaning people who have merely bungled the science. But it’s hard to believe that.

The AHA executive who led the charge against coconut oil is the same guy who was previously head of marketing for Kentucky Fried Chicken and other fast food chains.4

This is also the same team that certified Chocolate Moose – a chocolate milk beverage containing more sugar than a can of soda – as “heart healthy.”

Turns out food companies can obtain that “certification” for chump change of $1500-$7500 per product. The product just has to meet certain low standards, and the AHA will let the company market it as “healthy.”

Saturated fat is not the cause of heart disease

In a compilation and review of data from various studies, a 2017 landmark study found no causal link between saturated fat and heart disease or diabetes.

Publishing in the British Medical Journal, they state they “found no association between saturated fat and coronary heart disease, ischemic stroke, or type two diabetes.”

That study’s authors go so far as to suggest that the AHA selectively chooses its studies in order to give the appearance of credibility to their own prejudices.

Supporting your mitochondria reduces your risk of getting a vast range of diseases, including cancer and heart disease. There’s little doubt that the Canola Oil Council and other makers of crappy fake frankenfoods wield tremendous influence.

So what’s to hate about vegetable oils? Almost everything.

Coconut oil is not the demon they say it is

Coconut oil (and even butter, for that matter) is not the devil in liquid form.

It contains beneficial fats that aid gut and brain function and help you lose weight.

It’s true that some studies have shown less-than-stellar benefits from coconut oil. But it’s important to note that those studies used partially hydrogenated coconut oil, rather than unrefined virgin coconut oil.9

Saturated fats are very stable, don’t oxidize easily when heated, and don’t react with oxygen the way PUFAs do.

Researchers believe that these MCTs are easily converted into ketones and used as fuel, instead of being stored as fat on your waistline. Because of this, they may also help promote weight loss.

That said, coconut oil may not be perfect

But coconut oil may still pose a problem or two. Certain saturated fats found in coconut oil can escort toxins from your gut into your bloodstream. Those toxins are called lipopolysaccharides (LPS), and are linked to inflammation, heart disease, and cancer.

Current data suggests you should consume some coconut oil, but perhaps not massive amounts of it, unless you eat correspondingly large amounts of vegetables at the same time…

But vegetable oil? If you want to live a long life and spare yourself cancer and heart and brain diseases, avoid it like the plague. It’s not food. Not even close.

You’d do well to avoid all recommendations from the AHA.