Just Discovered: Your Body Can Make These Compounds to Fight Cancer – Cancer Defeated

Just Discovered: Your Body Can Make These Compounds to Fight Cancer 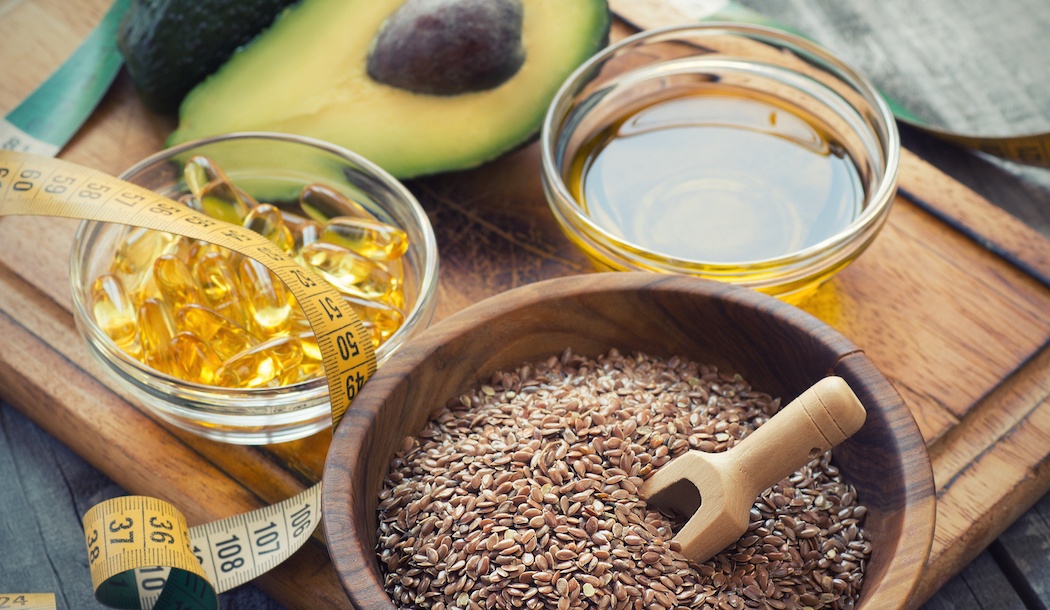 Researchers have discovered natural compounds your body makes that improve your chances of avoiding cancer or surviving it if you do fall victim.

To get the maximum benefit, you may have to change the foods you eat. But the effects against cancer are remarkable. Keep reading for the full story…

This new natural discovery emerged from an unlikely source: Patients undergoing traditional chemotherapy. Researchers have recently learned more about these natural compounds by studying what happens when people are treated for cancer.

You see, when oncologists apply radiation or chemotherapy to wipe out cancer cells, those treatments can lead to new tumor growths that can kill you.

The new growths result from the debris left over from the destroyed cancer cells. That debris can set off high levels of toxic inflammation, creating an environment that fosters the accelerated spread of cancer.

The best way to stop the new cancer, say the scientists, is to depend on resolvins, substances made in the body that can block the immune system’s harmful reaction to the cellular waste that forms when tumors are torn apart.

Of course, medical researchers are looking into developing drugs to increase resolvins in the body. But after I explain the studies on resolvins, I will also explain how you can encourage your body to make more of these inflammation-limiting molecules.

In studying what happens after drugs or radiation kill cancer cells, researchers at Brigham and Women’s Hospital in Boston examined the spread of what are called “proinflammatory cytokines.”

These cytokines are signaling molecules stimulated by the dead tumor waste. They promote the growth of new tumors by telling immune cells to set up an inflammatory environment in the body.

The scientists theorized that these cytokines can be stopped by clearing out the destroyed cells and halting the inflammation.

So the researchers focused on resolvins, which are likewise signaling compounds, but ones that make the body rein in inflammation. Resolvins push back against the actions of proinflammatory cytokines and also encourage immune cells like macrophages (white blood cells that engulf and consume harmful material) to clean up the dead tumor debris.

The scientists’ hunch was a success. In the lab tests at Brigham and Women’s Hospital, they found that treating animals with small doses of resolvins slows the cancerous growths caused by destroyed cancer cells and keeps the new cancer cells from spreading around the body.1

The resolvins could also shrink the tumors that had already started to develop.

In the report on their investigation, the researchers conclude that “Stimulating the clearance of tumor cell debris via specialized pro-resolving mediators represents a new approach to prevent tumor growth and recurrence.”

Protects against surgery side effects

The resolvins your body makes may also protect the brain after surgery.

As you get older, surgery can become a riskier proposition because, in general, total anesthesia damages memory and cognition.

But tests at the Karolinska Institutet in Sweden show that resolvins can be summoned to help lower the risk of this type of post-surgery cognitive decline.2

The researchers point out that after having an operation entailing anesthesia, people often encounter problems with attention span, organizing their thinking and maintaining their learning abilities. The precise reasons that surgery brings on these brain issues have not been explained. However, research has demonstrated that inflammation in the brain caused by proinflammatory cytokines is often linked to memory problems after operations.

And while there is no generally accepted way to prevent this cognitive loss after surgery, the Swedish scientists found that giving people aspirin after an operation stimulates the release of resolvins. These protect the brain from this type of cognitive decline.

The researchers specifically found that the increased resolvin release caused by the aspirin improved the function of neurons. Surprisingly, the scientists discovered that it only took a single dose of regular aspirin to produce a significant brain-protection benefit. In this study, the aspirin was taken 24 hours after the surgery.

“It was remarkable that AT-RvD1 (a particular type of resolvin) displayed such unexpected effects on the central nervous system when administered at very low doses in the systemic circulation using this surgical model,” says researcher Niccolò Terrando.

You need this nutrient to make resolvins

But there is one big catch to being able to use the body’s own resolvins to reduce inflammation, fight cancer and protect the brain.

You have to consume omega-3 fats, the type of fats found in fish oil. These are the nutrients the body uses to make resolvins.

Unfortunately, most of us consume way too many omega-6 fats, the type found in most vegetable oils, and take in too few omega-3s. This same mistake can also endanger your heart, say researchers at the University of Alabama at Birmingham.

In lab tests, the Alabama scientists found that consuming too many omega-6s leads to immune system signals that contribute to heart failure after a heart attack.3

As the researchers point out, heart failure develops from a “nonresolving” chronic inflammation that attacks the heart. After a heart attack, when cells in the heart muscle die, inflammatory immune cells initially produce beneficial effects. The inflammatory process leads these immune cells to remove the dead cells and begin the process of fixing the injured sections of the heart muscle.

But at a certain point, the inflammation is supposed to stop and allow proper healing to continue. That’s the time when resolvins should step in to call off the inflammatory process.

The Alabama researchers point out that in the past few decades, our Western diet has become much higher in omega-6 fatty acids and much lower in omega-3s. They also explain that the Mediterranean diet, which contains more fish, has a much more equal balance of omega-6 fats to omega-3s.

And they believe that’s a big reason a Mediterranean-style diet can lower your heart disease risk. What’s more, it lowers your cancer risk, too.4

In the Alabama lab tests, animals that consumed high amounts of omega-6s (the researchers fed them safflower oil) had fewer resolvins in the heart to stop inflammation and higher amounts of the types of immune cells that stimulate excess inflammation. They also suffered more kidney damage.

Studies like these make a pretty clear case that getting enough omega-3 fats by eating more fish – or by taking fish oil supplements –  is crucial for keeping your body’s inflammation under control by helping the body produce resolvins.

As researchers in Japan point out in a review of inflammation, cancer and omega-3 fats, resolvins “suppress cancer progression” when inflammation is driving cancer to expand.”5

The very name of these compounds – “resolvins” – was chosen by the researchers who discovered them because they resolve the inflammatory process instead of allowing it to become chronic. That makes them crucial for everyone’s health and improving the chances of both preventing and surviving cancer.

In our last issue we talked about the dangers of going overboard in the use of germ-killing chemicals. If you missed the news, you can catch it now just below.