Keep Your Summer Barbecue from Upping Your Cancer Risk 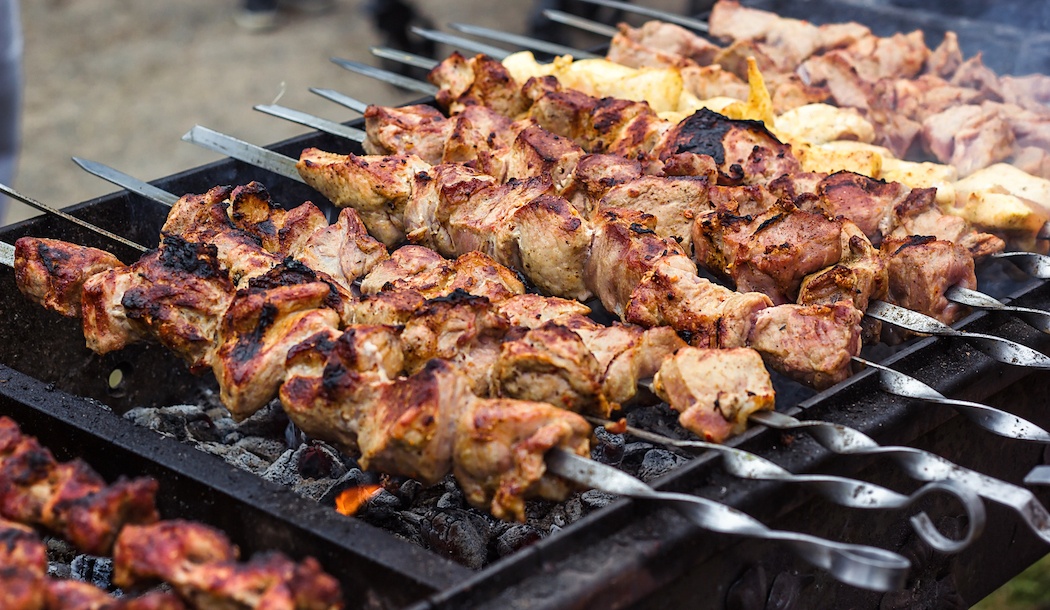 Like a lot of people, I love the smell of meat barbecuing on the grill in the warmer months. And a burger or steak hot off the grill has a unique, mouth-watering taste you can’t get with any other method of meat preparation.

When it comes to cooking, grilling is sui generis – in a class by itself.

But as my longtime readers know, grilling meat also generates molecules that increase your cancer risk. In previous articles, I’ve opined that there’s not much risk in eating grilled food once in a while, but eating it often may be a hazard.

What can you do to reduce the risk and still enjoy the foods you love? Let’s take a look. . .

Much of the carcinogenic complication in grilled food starts when fat from the meat drips down onto the wood or charcoal and burns off. When the fat goes up in flames, it creates what are called polycyclic aromatic hydrocarbons – PAHs. They stick to your food and they are even in the smoke you may inhale from the barbecue.

The PAHs are “known to be carcinogens and lead to cell death at high concentrations,” says researcher Gary Perdew of Penn State, who has studied how our bodies cope with these toxins.1

Blackened meat not such a treat

The second problem with grilling is sad news for those of us with a taste for blackened meats. The charred sections consist of what are called heterocyclic amines, or HCAs. They form when any kind of meat – turkey, chicken, beef, lamb, fish, etc. – is cooked at high temperature. They’re an incinerated combination of the amino acids and creatine in the muscle tissue of the meat.

Along with being a probable carcinogen, HCAs can also increase your chances of insulin resistance and diabetes, according to research conducted in Israel.

To see what I mean, consider a study at the University of Texas MD Anderson Cancer Center that ties renal cell carcinoma – the most common form of kidney cancer – to consuming barbecued meats.

According to the Texas researchers, doctors are finding kidney cancer in more and more people. They believe our penchant for consuming processed food and meat cooked over an open flame is an important factor in the spread of this malignancy.

Increasing the risk of this type of cancer is an HCA called 2-amino-3,8-dimethylimidazo(4,5-f) quinoxaline.2 This specific HCA, says researcher  Xifeng Wu, “is one of the most abundant heterocyclic amines commonly created in grilling, barbecuing, and pan-frying meats at high temperatures.”

In addition, a study at the University of North Carolina shows that women who have survived breast cancer are at an increased risk of an earlier death if they frequently eat “grilled/barbecued and smoked meat.”3

How to grill safely

So, all that being said, the best ways to cut your risk from grilling include4 –

So while you’re doing your cookouts this summer, keep these tips in mind as you flip your burgers and steaks. And don’t forget to flip them frequently as you cook. Turning them over more often can also minimize the formation of HCAs.