Keeping Healthy and Preventing Cancer is All a Matter of Timing 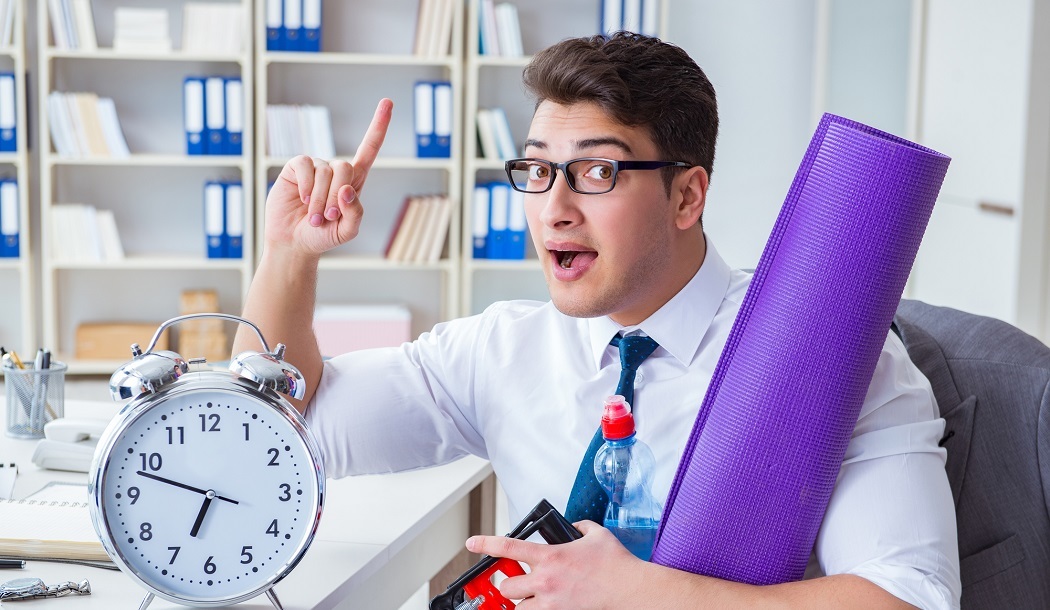 Round the clock stimulation from screens and the light they emit. Late night TV. Inadequate amounts of sleep. Snacking at all hours.

These and other lifestyle factors disrupt ancient, deeply ingrained biological processes — our internal body clocks and the circadian rhythms they control.

This disruption has been linked to diseases ranging from Alzheimer’s to ulcerative colitis. Cancer is among them.

You can restore your body’s natural rhythms and boost your health with a few simple lifestyle changes. Yes, you need to turn out the lights, turn off the screens, and go to bed at a reasonable hour.

But there’s more to it than that….

You don’t have to fly across several times zones to get jet lag. Nearly nine out of ten of us suffer from social jet lag, a condition caused by living a lifestyle that’s out of synch with our natural sleep-wake cycle.

Scientists have found that virtually every aspect of our life is rhythmic, and we are programmed to go through specific rhythms on a daily basis.

To everything there is a time

Humans were around for a few hundred thousand years before there were light bulbs, not to mention screens. When it’s dark our bodies are programmed to be asleep, and when the sun rises we’re supposed to be up and around.

Since the body would be overwhelmed if it carried out all its activities at once, each one has a specific time. This allows biological functions to be optimized.

For instance, before we wake up, the sleep hormone melatonin starts to shut down, while breathing, heart beat and blood pressure pick up a little.

During daylight, immune response improves and muscles are primed for activity. After dark a whole range of other activities either kick in or slow down.

Melatonin – the “sleep hormone” – is at a low point first thing in the morning and builds steadily during the day to reach a peak when it’s bedtime. Our energy or wakefulness hormone, cortisol, has the opposite cycle. Cortisol is a low point when we go to bed, and its level rises steadily through the night to reach a peak in the morning. Exposure to light in the middle of the night or to darkness during the day disrupts this natural process.”

While circadian rhythms are influenced by light, the timing they follow is under the control of genes. Every single gene in our genome has a circadian cycle, with thousands turning on and off at different times in different organs in a synchronized manner to optimize cell function.

Standing at the summit of this process is the suprachiasmatic nucleus (SCN), a small cluster of cells located in the brain’s hypothalamus that act as the master clock.

It receives information that morning light has entered the eyes and shares it with the liver clock, the heart clock, the gut clock and every other clock in the body. These organs then create their own circadian rhythms. The SCN is also connected to the hunger center in the brain.

Among the variety of circadian rhythms, there are three that stand out. These are related to when you eat, when and how much you sleep, and when and how often you engage in physical activity.

Fortunately, all three are under our control, although in the real world – the modern one we live in — optimizing the timing of these activities may be hard to achieve depending on people’s domestic, work and travel schedules. We’ll come back to the most favorable timing of meals, sleep and exercise in a minute.

Like all our organs, the immune system has a circadian component, and disruptions to our core rhythms will cause it to function less well, making us more susceptible to infections and disease, and slowing recovery from illness.

People who have to work the night shift experience a profound disruption in their relation to natural light, meals and sleep.  Studies show they have much more fragile immune systems. They not only have a higher cancer rate, but they’re also more prone to bacterial infections, gastric and duodenal ulcers, inflammatory bowel disease, cardiovascular disease, and arthritis.

In 2007, The International Agency for Research on Cancer declared shift work to be “probably carcinogenic” and several large studies have linked this disruption to various cancers.

A separate study found nurses on long-term rotating night shifts had a marked increase in the risk of breast cancer. Similar findings were obtained for prostate cancer risk in night shift workers.2

In a 30-year study of 161,000 women, those who worked a rotating schedule had a 27% increased risk of fatal ovarian cancer compared to those on fixed daytime work.3

Researchers from the Dana-Farber Cancer Institute and Brigham and Women’s Hospital in Boston found that “Women working rotating night shifts for a long duration have a significantly increased risk of endometrial cancer.”4

Another group from Brigham and Women’s and Harvard found that nurses working a rotating night shift at least three nights a month for 15 or more years had a significantly increased risk of colorectal cancer.5

How a disrupted body clock disrupts your health

A malfunctioning internal clock causes immune imbalance, where some types of immune cell are overproduced while others are deficient.

Autophagy, the process by which cellular garbage is disposed of or recycled, is also regulated by a clock.

If oxidative stress is not controlled and the autophagy system is under par, the body can resort to an emergency defense system to neutralize cellular damage and stress, but this causes chronic inflammation and compromises other essential body functions.

A mouse study found that when a protein that’s a core clock component was removed, every cell behaved as if it was under attack and produced a state of chronic inflammation.

Shortens telomeres – and your life

A body clock that’s out of sync not only increases oxidative stress, limits autophagy and promotes inflammation, but has other negative consequences.

It reduces the length of telomeres, found at the end of chromosomes. This has been shown to increase the risk of breast cancer – and, in general, shorter telomeres correlate with a reduced life span.

When the body’s clock is off, immune system surveillance becomes compromised, allowing cancer cells to escape and grow to form tumors.

Metabolism speeds up, too. This fuels cancer growth.

There’s more: the body loses some of its ability to repair DNA damage, which increases the chances of developing cancer.

Since many cancer-related cellular processes — the cell cycle, cell proliferation, cell suicide (apoptosis), DNA damage — are influenced by the circadian clock, you’d expect disruption to this system, such as found in shift workers, to have detrimental effects.

Medications work better when the timing is right

Patients’ ability to tolerate nearly 500 medications was shown to improve by as much as fivefold when matched to the circadian system.

This also applies to chemotherapy. The first study to demonstrate this — over 30 years ago — found mistiming drugs led to much more severe chemo side effects. This has been confirmed in many other studies.

The same probably applies to surgery as well. A mouse study found regrowth of the liver differed considerably depending on whether the surgery took place in the morning or afternoon.

Because tumors have poorly functioning clocks, scientists recently came up with the idea to develop drugs that bind to clock molecules to restore healthy function. In 2017, Canadian scientists found that clock gene expression could be restored in melanoma cells and tumors.

Our physiology is largely the same as it was in our ancestors two million years ago, so our internal clocks are out of sync with the society we live in today.

If we want a strong immune system and a reduced risk of cancer and other health problems, we need to make a few lifestyle tweaks to send us back a little in time.

Professor Satchin Panda, a leading expert in the field of circadian rhythm research at the Salk Institute in San Diego, writes in his book The Circadian Code that “to have predictable circadian rhythms is to have healthy organs” and that “repeatedly disrupting your circadian clock can have adverse health consequences, as every system in your body starts to malfunction.”6

To bring circadian rhythms back into line he suggests the following:

Sleep: Go to bed around 10 PM or so and aim for seven to eight hours consecutive sleep. The brain takes many minutes to unwind, so shut off all devices well before bedtime and limit or dim artificial light as much as possible during the evening. Bedroom temperature should be 70º or lower.

Wake up naturally, without the help of an alarm clock, and get some bright light immediately after waking. Follow this pattern every day including weekends. Personally, I find I don’t need an alarm. I set one to be safe, but I always wake up before it goes off.

Exercise: When not eating or sleeping the body was designed for movement, so keep active, move as much as you can, and only sit for short periods at a time. Physical activity also improves sleep.

Our ancestors were active all day but especially early morning and late afternoon/early evening, so these are preferred times. Exercise outdoors and soak up the light for best results. If you exercise indoors, do it by a window.

Meals/drinks: If eating, including snacks, takes place over a period of more than 12 hours on regular days, Dr. Panda has some good news:

“You have something to work on, and it will have one of the biggest impacts on your health for the rest of your life…People who eat all of their food within an eight to eleven hour window most days will reap the most benefits.”

It’s also important not to eat or drink anything (apart from water) at least three hours before bedtime.