Knock Out Stress Before It Causes Cancer – Cancer Defeated 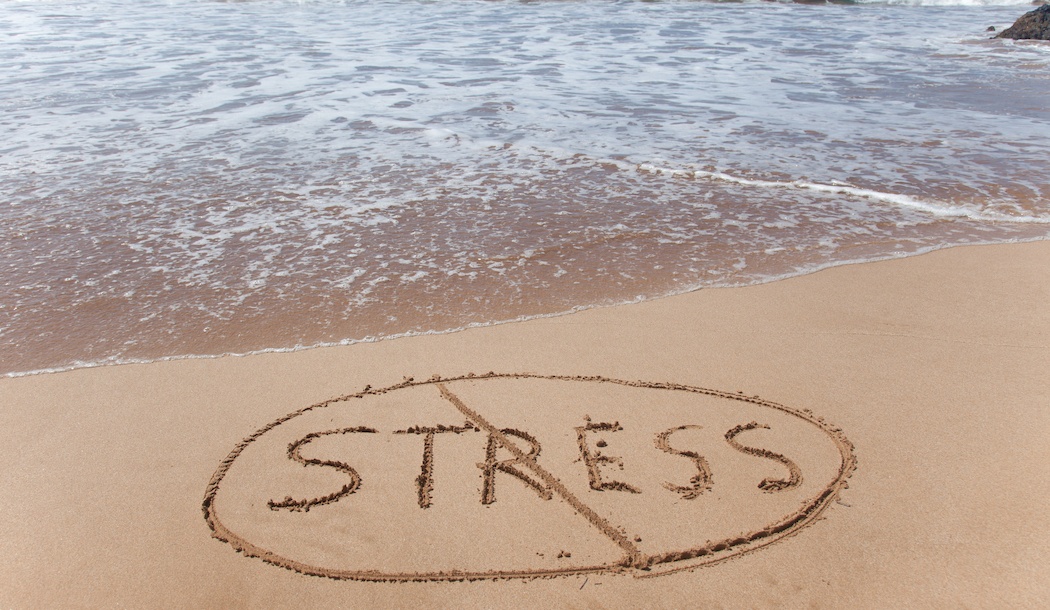 Stress is often called the #1 killer. It’s hard to say for sure, because the damage stress does is indirect – death is just a side effect. But there’s no question that stress can cause or exacerbate illnesses such as cancer.

The best alternative cancer clinics make it a top priority to reduce a patient’s stress levels. Many of these clinics have a handful of key plant remedies that they rely on. Let’s take a closer look…

The best “treatments” for stress are getting rid of the source, praying and meditating, and getting enough sleep. Back in 1997 there was a best-selling book called Don’t Sweat the Small Stuff – and it’s all small stuff. That advice is absolutely first class, and the older I get, the truer it seems.

But I don’t mean to trivialize the stress some people have to go through. If your kid is into substance abuse or your marriage is crumbling (to name just two common problems), then you’ve got every right to feel like your ship is sinking.

It’s a fact that stressors like this put you at increased risk of cancer. In fact, one alternative cancer doctor has said for more than a decade that the five or ten years following a traumatic event is when you’re at highest risk of getting cancer.

The point is, you need to take stress seriously and find a way not to be overwhelmed in a situation that would overwhelm any normal person.

In addition to the stress-busters I mentioned earlier, many alternative cancer doctors also rely on adaptogenic herbs.

What are adaptogenic herbs?

Adaptogens are a unique group of herbs that can improve the health of your adrenal system, your stress control center. These substances are called adaptogens because they have the unique ability to “adapt” their function to your body’s specific needs.

Adaptogens strengthen your response to stress, enhance your ability to cope with fear, and fight fatigue. Best of all, they do it slowly and gently, with no jolts or crashes.

Their effects are initially subtle and small, but also real and undeniable. If you’d grown up in China or India, you probably would’ve heard of them. They’ve been used for centuries in Ayurvedic medicine, as stress busters, energy boosters, and more.

Today, science has evidence to support their positive benefits and safety – something Big Pharma can’t hope to touch.

How do adaptogens work?

Think of an adaptogen as a thermostat. When it senses your room is too hot, it stops the furnace from blowing. And likewise, when the temperature drops too low, it causes the furnace to blow out more warm air.

Adaptogens are whole plant extracts that work at the cellular level to help you overcome the detrimental effects of stress. They can calm you down and energize you at the same time. Ideally, they don’t over-stimulate. They normalize imbalances and support your adrenal glands by neutralizing the dangers of stress.

Remember how during stress your body shuts down normal processes to preserve its “fight or flight” status? Well, adaptogens energize your body, eliminate toxic byproducts, and help you use oxygen better.

Most adaptogens grow in harsh climates at high altitudes and endure great challenges to survive. That’s why they produce chemical compounds that support your ability to adapt to changing conditions. To name a few of their benefits, they:

There’s a lot to like about adaptogens! But it’s also important to recognize what adaptogens are NOT. They’re not tranquilizers, sleep aids or antidepressants. If anything, they tend to be energizers, not something to slow you down.

Though these plants have been around for thousands of years, it’s still smart to work with your doctor or naturopath before launching headlong into adaptogens. There are numerous adaptogenic formulas available, but here we’ll introduce you to a few of the herbs individually.

To qualify as an adaptogen, the plant must:

So, what are these adaptogens? Let’s take a look…

This herb is sometimes called Indian ginseng. In Ayurvedic medicine, ashwagandha is a Rasayana herb. That means it’s administered for multiple health benefits, and when it comes to ashwagandha, the benefits are believed to be youthful health in both body and mind.

So, it’s not surprising to learn that ashwagandha is at the top of Ayurveda’s Rasayana herb list.

Scientists have found that ashwagandha contains a unique blend of antioxidants, iron, amino acids, and various other phytochemicals that most likely explain its stress-fighting abilities.

Most notably, ashwagandha appears to protect significantly against the effects of stress on the body. Five separate studies found the herb had a positive effect on lowering stress levels by mitigating cortisol –and high levels of this “stress hormone” are scientifically documented to cause cancer.

Another study showed that taking 300 milligrams a day of ashwagandha for eight weeks lowered levels of anxiety and fatigue. On top of that, adults on the same regimen reported feeling not only less overall stress, but also fewer stress-related food cravings.

Studies also show that ashwagandha can slow, stop, and possibly even reverse specific types of cell damage that lead to neurodegenerative diseases like Alzheimer’s, Parkinson’s, and Huntington’s.

Rhodiola rosea, also called golden root – is a potent adaptogen. It creates a barrier to stress-related mental and physical fatigue. It was widely used by Russian cosmonauts, athletes, and military personnel for many years, before ever becoming known in the U.S. Rhodiola contains a phytochemical called salidroside that helps fight anxiety and aging. It suppresses cortisol production. Studies show it:

This herb has been called the most potent – and treasured – medicinal plant ever found on the earth. It improves mental performance and ability to tolerate stress.

It can also help your body fight cancer. A team of researchers from the UK, Hong Kong and China published a review of ginseng studies in the journal Chinese Medicine. In it they reveal that compounds called ginsenosides shut down cancer cells by stopping the growth of new blood vessels and triggering cancer cell death.

In addition, holy basil can help your body directly fight cancer. A research group from the University of Nebraska Medical Center, Omaha, showed that either the extracts or essential oil from the leaves “inhibit the proliferation, migration, invasion and induce apoptosis” of pancreatic cells in culture.

They also conducted research in mice. Here they found holy basil upregulated genes that inhibit metastasis and induce apoptosis, while genes that promote survival and resistance to chemotherapy or radiation were downregulated.

“Taken together,” they conclude, “these results suggest that the extract or essential oil of basil leaves and the components present in them could be potentially useful as novel agents for the therapy and/or prevention of human PC [pancreatic cancer].”

This herb is used in traditional Chinese medicine for muscle spasms, joint pain, fatigue, and insomnia. Germany has approved its use for chronic fatigue and impaired concentration. Herbalists say it improves mood and memory.

Eleuthero can act both as a tonic herb and a mild stimulant. This means that it can have an impact on fatigue immediately and will continue to work overtime to restore energy.

Though good quality human studies are still lacking, it’s been confirmed in animal studies that eleuthero can “alleviate both physical and mental fatigue.”

But as I mentioned at the beginning of this article, the best thing is to identify and get rid of the causes of your stress, not to medicate, even with a natural substance.

When your “fight or flight” response
is always turned on…

Your body is hard-wired to deal with stress to protect you from predators (lions and tigers and bears), or other aggressors. The response is supposed to go away after the danger has passed. However, in civilized societies we’re exposed to non-stop stress.

While the problems we face are rarely life-threatening, our bodies respond to them as if they were. So, we spend our lives as though we’re surrounded by big cats that want to eat us.

You face relentless demands on your time, resources, and emotions. And yes… even the technology that’s supposed to make your life “easier” has now firmly sucked you into its grip.

When you experience a perceived threat, your brain sets off a “fight or flight” alarm. A combination of signals prompts your adrenal glands to release an outpouring of hormones, including adrenaline and cortisol.

Adrenaline boosts your heart rate, spikes your blood pressure, and increases your energy. (You’re ready to “fight” those lions and tigers and bears, even if the “threat” is just a cop giving you a ticket or a bill you didn’t expect.)

Meanwhile, cortisol (your primary stress hormone) pumps extra sugar into your bloodstream. And curbs all “nonessential” functions, and that includes your immune, digestive, and reproductive systems.

Your stress-response system is supposed to be self-limiting. A threat passes, and you get back to normal. But in today’s world, for many of us, the pressure never stops.

Chronic stress disrupts nearly all your body’s processes, and puts you on the fast track to associated health problems, including:

If you already have a moderate or high risk of illness due to recent events, you’ll want to do everything in your power to avoid piling on more stressors. For example, when you retire, lose a close family member or spouse, or a child goes off to college, avoid taking on other new obligations like a new job, a move, or a new course of study. Don’t pile stress on top of stress. Some things can wait, even positive things.

Avoid using coffee and sugary snacks as coping mechanisms. Or alcohol. Quick fixes they are. And in reality, they’re counter-productive to truly addressing your stress.

I’ve been meditating for almost fifty years, and it’s been a lifesaver for me. I can calm myself down in the face of almost anything. And I’ve also become skilled at eliminating sources of stress or avoiding them in the first place. Perhaps most useful, I know my own limits. I can’t solve every problem, save everybody, fix everything. I’m not superman.